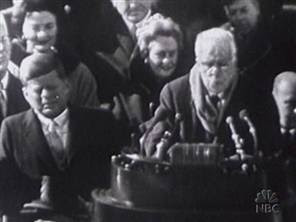 1 Response to Let’s Bring Culture Not Only to the White House, But to All of American Government