Like Jeffrey Dahmer Selling Body Parts to a Clinic 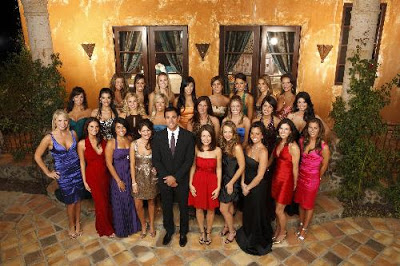 I am having a tough time dealing with news that the former president of Countrywide Financial, the mortgage company that did so much to dig the hole in which we all now reside, is making a killing buying up delinquent mortgage loans from the government at bargain basement rates.

“It’s like Jeffrey Dahmer selling body parts to a clinic,” sniped one of my friends.

As Eric Lipton reported in The Times, Stanford Kurland, who was president of Countrywide during the years when it was selling mortgages with temporary low “teaser” rates that later turned into permanent unaffordable ones, now leads Private National Mortgage Acceptance Company, known to its friends as PennyMac.

In what one company official said was “off-the-charts good” business, PennyMac buys troubled mortgages from the government (which got them from failed banks) at rates like 38 cents on the dollar. Then it offers the beleaguered homeowners a chance to refinance at far more favorable terms. PennyMac makes money, the homeowner gets an affordable mortgage and the government gets a share of the profit.

Everybody’s happy! Except, of course, those of us who helped come up with the other 62 cents on the dollar.

Once again, we are reminded that life is not fair. Lately these unfairness bulletins have been coming so fast and furious that there isn’t time to get upset about all of them. Prioritization is essential.

Given the competition, I can’t get all that worked up about defaulting homeowners who are looking to the government for a rescue. True, a lot of them got in over their heads betting that housing prices would rise forever. But when it comes to stupid financial decisions to vent about, I’m sticking with Alan Greenspan.

Clearly, not everybody agrees. In Congress, warnings about “rewarding those who acted irresponsibly” have bogged down a bill that would allow federal judges to reduce mortgage debt as part of a bankruptcy settlement. A watered-down version is finally coming up for a vote on Thursday in the House. From there it goes to the Senate, whose capacity for watering things down is second only to Category 5 hurricanes.

Earlier efforts by the White House to come to the aid of the hopelessly indebted homeowners sparked the now world-famous unfairness explosion by the CNBC reporter Rick Santelli. “How many of you people want to pay for your neighbors’ mortgage that has an extra bathroom and can’t pay their bills?” howled Santelli, in one really impressive display of righteous wrath and misplaced modifiers.

He got a ton of publicity for his tirade, a reward that was pretty unfair in and of itself. As a Chicagoan, he was even mentioned very, very briefly as a possible replacement for Senator Roland Burris of Illinois.

Although Burris isn’t leaving. While we’re talking unfair, can we point out that Burris, who clearly misled people about what he did to pry the Senate seat out of Rod Blagojevich’s hot little hands, is never going to give it back. Illinois officials can yell all they want. A guy who has already erected his own mausoleum with a list of achievements running down two sides of it is not going to let anybody add “resigned from the U.S. Senate in disgrace” after “President of the National Association of State Auditors, Comptrollers and Treasurers.”

And can we also mention that Blagojevich has gotten a book deal? True, only six figures, but much better than his other offer, an $800-a-month contract to play baseball for the Joliet JackHammers. Have you ever listened to Blagojevich talk? Do you think anybody’s going to want to read a whole book? Phoenix Books, why are you encouraging this person?

When I walked into work on Wednesday, the big unfairness issue people were talking about was not Countrywide, or Illinois pols, but the finale of “The Bachelor,” when the guy who had just picked his lifetime love on national television returned to the airwaves to dump her for the woman who came in second.

“I had to hurt people in a way, but I feel I did it with integrity,” said the bachelor in question, whose name is Jason Mesnick.

The big objection to Mesnick’s behavior is not the dumping but the fact that he waited until everybody had gathered together for a follow-up special to break the news to his about-to-be-ex fiancée. Mesnick told People magazine that he would have preferred to spare the poor woman the humiliation of being rejected in prime time, but the producers wouldn’t allow it. “That was part of the deal,” he said.

Unfair, but not making my Top 10. A woman who volunteers to find true love on a reality TV show is really uniquely qualified to get past this sort of trauma. Plus, at least Mesnick made good on his contract. Not enough of that going around these days.