Look for It : The Unemployment Channel 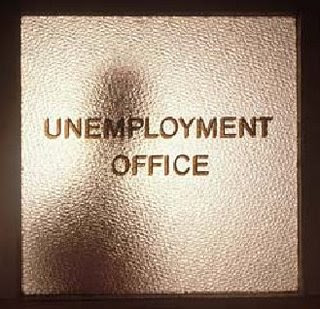 Ah, the common folk. How we do pile up. Come May Day 2009 there will be about 14 million unemployed, twice the seven million who were unemployed in June of 2007.

So what we need as an immediate federal jobs program is a labor channel called Countrywide Unemployment (CU) where unemployed people can get paid for some honest reporting on what a lagging indicator looks like when you keep your eye on it.

The incentive to the employer community would be that a voice on the unemployment channel would agree to leave the air when presented with a competitive labor contract for a term of 18 months or a length of time equal to the average recession, whichever is longer.

The only advertisements allowed at the CU network would be for employment, education, or the kinds of cultural events that could be considered unemployment friendly, certainly not the Super Bowl. Any other crap you want to sell goes to Google ads at the network website.

But in no event will credit card companies be allowed to advertise unless they agree on pain of nationalization to lend at prime plus nada for the life of the cardholder.

There should be regional bureaus set up in RVs and parked outside important places like the White House, Congress, State Capitols, Regional Federal Reserve Banks, and rotating on a regular basis to various network places and research parks where venture capitalists may be found.

Now in recognition of the fact that youth get systematically screwed when it comes to the unemployment rate, one desk at the unemployment network would be dedicated to coverage of the Unemployed Peoples Youth Resource Service (UPYRS).

The UPYRS program would accept proposals on a weekly basis from youth who have shovel-ready ideas for community improvement. They would pinpoint something that they are tired of seeing neglected and their proposals would be put up for vote at the network’s website and hooked into Twitter and so forth.

A camera crew in each city would be assigned to follow the winning team of the week as members of the team receive full salaries and funding, purchase equipment and supplies, and get the work done in an entertaining and uplifting youthful manner, improving the community, the economy and their own prospects for saving memories of happy and productive lives.

Upon completion of the project each team member would receive a compensation bonus bond in the form of a T-Bill denominated for effective participation in the patriotic agenda known as “quantitative easing.”

This whole operation could be geared up in about an afternoon as soon as the Fox Network is nationalized and placed under an advisory council of cable access producers from across the country.

The founding annual budget should be a modest $5 billion funded directly by the Federal Reserve Board under discretionary powers delegated to the US Central Bank. The fund will be called Talented Access Living Live (TALL). The Philly Fed should have the TALL cash Fed-Exed to Fox Headquarters by noon, although stipulation could be made for a boxcar of gold bullion in case the Philly Fed is temporarily out of paper.

If there is any trouble getting this whole network up and running by midnight, then fourteen million unemployed should go milling around the Wall Street sector of Manhattan until the last of their lagging indications gets reabsorbed into a business plan.

[Greg Moses is editor of TexasWorker.org. He can be reached at gmosesx@gmail.com. He is a regular contributor to The Rag Blog.]

1 Response to Look for It : The Unemployment Channel