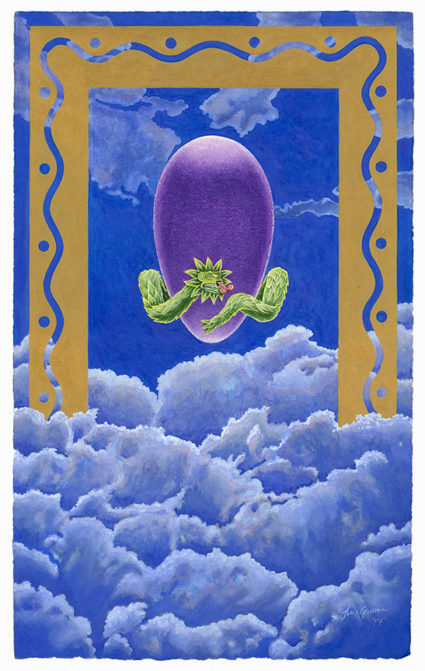 These last few days, I’ve been thinking a lot about the state of the world. Our pandemic plight today reminded me of a story I wrote and narrated on NPR’s Latino USA almost 10 full years ago. It’s been haunting me, it seems so prophetic. So I revisited it and fleshed it out a bit and added this intro and a concluding note, to provide some context.

I miss the ceremonial life of the Huichol Indians. Their faith is rooted in the awareness that all things have a spirit. Participating in their ceremonies, I have felt, experienced, the mystical nature of the universe.

But years have passed since I was in the Sierra Huichol. I’ve been feeling kinda down, spending too much time stuck in Austin traffic. So I was happy to be invited to an all-night Native American ceremony at the sacred springs of Yanaguana.

But that night, it was the sacred manantiales of Yanaguana. The ceremony was a celebration of springtime and the coming of age of a young woman. And, like ceremonies of a thousand years ago, it was attended by Native Americans from as far away as Canada and Mexico.

The entire night was suffused with prayerful chants and drumming. When the sun began to rise, the danzantes in their full regalia danced next to the springs, thanking them for the gift of the blessed water. It was truly inspiring, in all senses of the word.

Achy and sleepy, but very alive, I felt united with the cosmos once again. It was then that the grand and gnarled oaks whispered their story to me. Of a time when the people of this land respected the spirits and lived in harmony with nature. Of how pilgrims from far and wide — from Michigan to Michoacán — would travel to Yanaguana, guided by their hearts, con ofrendas de sacrificio. They came with offerings of sacrifice that cleanse the spirit and fortify the mind and body — walking for months on end, enduring the cold and the heat, fasting for days, and of course, drumming and chanting all night at the prayer vigils.

The wise oaks then spoke sadly of the arrival of the white man, five hundred years ago: the European immigrant, who has never learned the secrets that this land and its people and traditions have to offer. Of how these invaders are too “alien,” too separate from the earth. They even think that the earth is God’s gift to them, to do with her as they wish, to exploit, deplete, or poison her resources. To trample her flora, her fauna, and even her natives.

As the year 2012 closes in, the earth quakes, its volcanoes erupt. Social injustice reigns. War and more war. The rich get richer, the poor get poorer. And the Gulf of Mexico is hemorrhaging horribly. And in Arizona, the worker, the true native of the Americas, is being treated like an alien in his own ancestral land!

I pray to the Earth that she not get too, too angry. Because she must, and will, teach mankind some hard lessons in the years to come.

This story was written during the first weeks of the Deepwater Horizon oil-spill disaster and at a time when 2012 — the end of the Quinto Sol, the fifth era of the Mayan calendar — was approaching. Now, a decade later, we’re in full coronavirus pandemic lockdown. How I wish my concluding words had been wrong, or that I had somehow reached more people with my stories and prayers. This global plague is certainly a manifestation of our angry Mother Earth teaching us some harsh lessons. I pray that this time we will collectively wake up and finally learn that the Earth does not belong to us, but rather that we belong to the Earth. We are here to protect the Earth, to help each other, and to evolve spiritually.

This article was first posted at LareDos, April 7, 2020, and was cross-posted to The Rag Blog by the author.

[Luis Guerra is a painter, sculptor, writer, storyteller, and activist born in Piedras Negras, Coahuila, and raised in Laredo, Texas. Guerra’s art is in museums and collections in the U.S. and Mexico, including the Smithsonian American Art Museum, and his stories have been featured on National Public Radio’s Latino USA. Since 1985, he has divided his time between Austin, Texas, and Real de Catorce, a remote mountain village in the Mexican state of San Luis Potosí.]