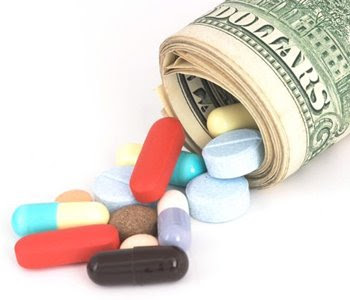 Pharmaceutical Payola — Drug Marketing to Doctors
by Robert Weissman / May 17, 2008

A hearing of the House Energy and Commerce Committee’s oversight subcommittee focused on advertising campaigns for three drugs, including the remarkable case of Robert Jarvik. Jarvik is featured in endlessly re-run ads for Pfizer’s blockbuster cholesterol drug Lipitor. Known as the inventor of the Jarvik artificial heart, he is not a cardiologist, not a licensed medical doctor and not authorized to prescribe pharmaceuticals. He’s shown in the ads engaged in vigorous rowing activity, but in fact he doesn’t row. Pfizer pulled the ads in February after controversy started brewing.

Among industrialized countries, only the United States and New Zealand permit drug companies to market directly to consumers. It’s a bad idea, it drives bad medicine, and it should be banned.

But although it has the highest profile, direct-to-consumer advertising is a small part of Pharma’s marketing machine. Researchers Marc-André Gagnon and Joel Lexchin conclude in a recent issue of the journal PLOS Medicine that direct-to-consumer ads make up less than a tenth of industry marketing expenditures ($4 billion of $57.5 billion in 2004). And Gagnon and Lexchin’s estimate of $57.5 billion on marketing excludes many industry expenditures that are really driven by marketing, including clinical trials conducted for marketing purposes.

The bulk of the industry marketing effort — more than 70 percent by Gagnon and Lexchin’s calculation — is directed at doctors.

The companies spend huge amounts paying firms that carefully track what doctors prescribe, and then they use the information to tailor messages to doctors, distribute samples and develop continuing medical education programs.

Gagnon and Lexchin report that Pharma spends more than $20 billion a year on “detailers” — the pharma reps that knock on doctor doors, ply the staff with free coffee and lunches, distribute samples ($16 billion worth), and prod docs to prescribe their drugs.

This is complemented by a host of tactics that in other circumstances might be called bribes.

“Virtually all physicians in America take cash or gifts from the drug companies,” says Melody Petersen, author of Our Daily Meds: How the Pharmaceutical Companies Transformed Themselves into Slick Marketing Machines and Hooked the Nation on Prescription Drugs, and a former New York Times reporter. “A recent survey said 94 percent of physicians took something of value from the drug companies. Some doctors take hundreds of thousands of dollars a year from these companies, and there’s no law that says they can’t.”

This entry was posted in RagBlog and tagged Drugs, Medicine. Bookmark the permalink.