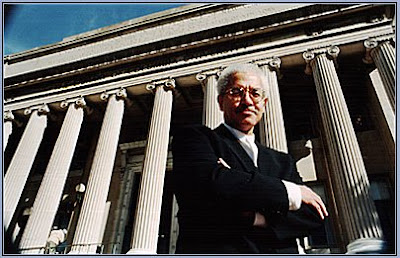 [The following was first delivered as a speech at the University of Illinois at Chicago, sponsored by the Great Cities Institute on April 4, 2008. It is an important document and worthy of our attention.]

4 April 2008 marks the fortieth anniversary of the assassination of Dr. Martin Luther King, Jr. We still tend to focus our image of Martin delivering his “I Have A Dream” speech at the Lincoln Memorial, at the 1963 March on Washington, D.C. However, civil rights was not the only issue that divided America in the 1960s. By 1966, U.S. military forces in South Vietnam amounted to 184,000; by January 1969, 536,000 U.S. troops were stationed in that country. For black Americans, the war had a direct impact upon every community. African Americans comprised about one out of every seven U.S. soldiers stationed in Vietnam, and because African Americans tended to be placed in “combat units” more often than middle-class whites. They also bore unfairly higher risks of being killed and wounded. From January through November 1966, over one-fifth of all army casualties were black.

By 1965, however, a small number of black progressives had begun to speak in opposition to the war. Julian Bond, elected to the Georgia State House of Representatives, defended the right of “the Vietnamese peasants who … have expressed a real desire to govern themselves.” The “gunboat diplomacy of the past” had little place in contemporary world affairs. Perhaps the most articulate opponent of the US war effort holding public office was US Representative Ronald V. Dellums. From the floor of Congress, Dellums declared:

“I consider our involvement in Indochina illegal, immoral and insane. We are in a war which is the greatest human and economic drain on American resources in modern times – a war disproportionately waged on the backs of blacks and browns and reds and yellows and poor and working class whites, a war resulting in an untold number of deaths of the Vietnamese people, a war that is justified only by the notion that we as a nation, must save face … Millions of people in the country are no longer willing to engage in such folly and be cannon fodder, and go across the water to spill their blood on foreign soil in a cause many of them do not even understand.”

Black activists and intellectuals, who were part of the Black Power movement, had serious reservations about participating in anti-war organizations dominated by white liberals and leftists. But almost all of them opposed the Vietnam War; some even drew an analogy between the suffering of the Vietnamese as a “colonial people”, and the “domestic colonialism” experienced by African Americans.

During the bitter national debate on Vietnam, nearly all major all public leaders within black America were forced to choose sides. As a dedicated pacifist, Dr. Martin Luther King, Jr. could not look upon the conflict benignly without taking some kind of public stand against the war. At the annual Southern Christian Leadership Conference (SCLC) executive board meeting held in Baltimore on 1-2 April 1965, Dr. King expressed the need to criticize the Johnson Administration’s policies in Southeast Asia. His old colleagues, fearful that Dr. King’s support for the anti-war movement would hurt the SCLC financially and politically, voted to allow him to do so only as a private person, without organizational endorsement. Bayard Rustin, the key organizer of the 1963 March on Washington, still maintained close ties with King, and tried to pressure the SCLC leader into a position of neutrality on Vietnam. On 10 September 1965, Rustin, Dr. King, and SCLC aides Andrew Young and Bernard Lee met with the US Ambassador to the United Nations, Arthur Goldberg. Goldberg managed to convince Dr. King, for the moment, that the Johnson Administration had every intention of bringing the conflict to a peaceful resolution. For several months, Dr. King watched anxiously as the number of US troops stationed in Vietnam increased. Finally in January 1966, Dr. King published his criticisms about the Vietnam War.

“Some of my friends of both races, and others who do not consider themselves my friends, have expressed disapproval because I have been voicing concern over the war in Vietnam,” Dr. King explained. But as a Christian, Dr. King believed that he had no choice except to “declare that war is wrong.” Black leaders could not become blind to the rest of the world’s issues, while engaged solely in problems of domestic race relations. Martin argued, “The Negro must not allow himself to become a victim of the self-serving philosophy of those who manufacture war that the survival of the world is the white man’s business alone.” The negative response to Dr. King’s anti-war statement was swift. SCLC leaders in Chattanooga, Tennessee, severed relations with the national organization in protest. National Urban League director Whitney Young replied that blacks were not interested in the Vietnam issue. Martin vigorously lobbied among his allies in the SCLC to back his position on Vietnam, and in the spring of 1966 the organization’s executive board came out officially against the war.

Increasingly, as Dr. King’s attention was drawn to the Vietnam war, he also began to consider the necessity for black Americans to devise a more radical strategy for domestic reforms. Dr. King was beginning to articulate a radical democratic vision for American society: the nationalization of basic industries; massive federal expenditures to revive central cities and to provide jobs for ghetto residents; programs to address rural poverty; a job or guaranteed income for every adult American.

On April 4, 1967, exactly one year to the day before his assassination, Martin delivered his eloquent, yet controversial address, “Beyond Vietnam,” at New York City’s Riverside Church. In his sermon, Dr. King advanced his strongest denunciation yet of the U.S. military escalation in Vietnam.

“I come to this magnificent house of worship tonight,” Dr. King began, “because my conscience leaves me no other choice.” Martin noted that the presence of hundreds of thousands of US troops in southeast Asia had only led to the deaths of thousands of innocent victims, and had cost American taxpayers billions of dollars. “A nation that continues year after year to spend more money on military defense than on programs of social uplift is approaching spiritual death,” Dr. King observed. It was impossible for the administration of then-President Lyndon Johnson to carry out his “Great Society” social programs, or his “War On Poverty,” when billions of dollars were being reallocated to destroy Vietnamese villages, towns and homes. King announced that “it would be very inconsistent for me to teach and preach nonviolence in this situation and applaud violence when thousands and thousands of people, both adults and children, are being maimed and many killed in this war.”

Despite these criticisms, eleven days later, in New York City’s Central Park, Dr. King led a rally of 125,000 in protest against the Vietnam War. As New York Times journalist Bob Herbert observed, Dr. King’s “Beyond Vietnam” address “unleashed a hurricane of criticism.” The NAACP and other moderate civil rights leaders, such as Bayard Rustin, sharply criticized King for “stepping out of his perceived area of expertise, civil rights, to raise his voice against the evil of the war.” The New York Times joined these critics, proclaiming in an editorial headline, “Dr. King’s Error.”

Four decades later, the US was once again confronted with a controversial, unwinnable ground war in Asia, and a domestic debate over our military involvement there. In the immediate wake of the terrorist attacks after 9/11 back in 2001, African Americans, like other Americans, were morally and politically outraged by Al Qaeda’s terrorist attacks. Yet they were deeply troubled by the immediate groundswell of patriotic fervor, national chauvinism and numerous acts of violence and harassment targeting individual Muslims and Arab Americans. They recognized that behind this mass upsurgence of American patriotism was xenophobia, ethnic and religious intolerance that could potentially reinforce traditional white racism against all people of color, particularly themselves. They questioned the Bush administration’s “Patriot Act of 2001” and other legal measures that severely restricted Americans’ civil liberties and privacy rights. For these reasons, the majority of black leaders sought to uphold Dr. Martin Luther King, Jr.’s tradition of civil rights and civic liberties, and boldly challenged the US rationale for its military incursions in both Afghanistan, and later Iraq.

Read all of it here. The Black Commentator

[Dr. Manning Marable holds the position of Professor of Public Affairs, History and African-American Studies at Columbia University, where he founded and directs the Institute for Research in African-American Studies. Dr. Marable is the author or editor of more than 20 books. His current project is a major biography of Malcolm X, entitled Malcolm X: A Life of Reinvention, to be published by Viking Press in 2009.

Dr. Manning Marable also serves as national chair of the Movement for a Democratic Society (MDS).]