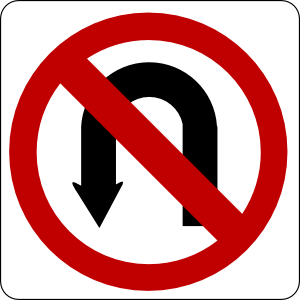 The space between the pillars:
Awesome days of awe

The days between close-set giant pillars take on special significance. Whatever the current behavior of the state of Israel, most Jews know such spaces well.

The 10 days between Rosh Hashanah, the beginning of the year, and Yom Kippur, the day of atonement, are not actually holidays, but mark a special period of time — what are called the Days of Awe. They are a kind of spring cleaning in fall, a purification of one’s world and soul so that on Yom Kippur the Jew can faced the Eternal with all worldly issues in place. And what is the main strategy for this cleaning? It may surprise you. Asking and giving forgiveness.

The tradition of the shtetels — those small eastern European Jewish communities depicted in Fiddler on the Roof — was that in the 10 days between Rosh Hashanah and Yom Kippur people would ask forgiveness of everyone they had wronged that year. All the little, and sometimes the big, wrongs that had been done in the community were brought out into the open, confessed, made good if possible, and forgiven. The entire community felt cleansed and pure.

Perhaps not everyone was that honest. Like folks everywhere, not all Jews had the courage to beg someone’s pardon or, when they themselves were asked, to give pardon with a full heart. But they found it a lot easier to do than we would today. While we have much more information now than they did, we don’t know as well how to say “I’m sorry.”

But in those simple villages, to avoid a world full of hate, people often took the 10 days and went knocking on the doors of any estranged friends, and cleared their personal paths, and those of the community. The world was cleansed for Yom Kippur — the “Day of Atonement.”

And on that day the naked human being was scheduled to go mano a mano, godwrestling with the Eternal. Tradition has it that on Rosh Hashanah, God inscribed your name in either the Book of Life or the Book of Death. That’s why the concern for measuring up. But the verdict on Rosh Hashanah was not final. You had the 10 days in between, and especially Yom Kippur, to change the Judgment. But at the end of Yom Kippur, the Books were closed.

And so it is understandable that Yom Kippur be a full day of prayer without food. Five separate services take place during 25 hours — like Muslim practice — but with little or no pause between them. The idea of the fast is this: when the human body has paused from its natural acts of life, and history has suspended its normal ups and downs, the spirit can be utterly reborn. We don’t really do fasts in America. We’re better at pig-outs.

And sin — or evil, for that matter — is not a very popular concept in the contemporary American heartmind. Yet some concept of estrangement from the Truth has been common to most religious world views. The acknowledgment of sin is a crucial part of the Yom Kippur service.

“The Cloud Over The Culture” is the punning title of an extraordinary article by Paul Boyer (1985) which appeared on the fortieth anniversary of dropping the bombs. In it, he asserts, as do I, that although “Hiroshima” and “Nagasaki” are such familiar words — banal even — the United States “has yet to assimilate fully what those words represent in its political, cultural or moral history.”

He quotes the American Catholic Bishops’ 1983 Statement on Nuclear War:

After the passage of nearly four decades and a concomitant growth in our understanding of the ever-growing horror of nuclear war, we must shape the climate of opinion which will make it possible for our country to express profound sorrow over the atomic bombing in 1945. Without that sorrow, there is no possibility of finding a way to repudiate future use of nuclear weapons. [My emphasis.]

Sorrow. Remorse. It sounds Days of Awe-like. How very, very strange it is that we — as a nation — have never done that. Not once, in now 65 years. Not even the teensiest bit. Un-Amerkin.

We have consistently refused — and still, even now, refuse — an absolute and explicit “no first use” nuclear weapons policy. One of the physicists who worked on the Manhattan Project observed that

If the memory of things is to deter, where is that memory? Hiroshima has been taken out of the American conscience, eviscerated, extirpated.

1945 seems so long ago. We were a nation in genuine and legitimate relief from a dreadful war. But what tenacity there is in the myth of American innocence, the belief that we are somehow set apart from the world, our motives higher, our methods purer.

It is this constant myth that prevents us from having any national Days of Awe, that keeps us from expressing sorrow over the event. And, as the Catholic Bishops so insightfully express, without that sorrow, we cannot go on, we cannot build a world safe — from ourselves.

Let me therefore beat the drum for some pre-Labor Day labor. Down with innocence! Up with memory, confession, sorrow, apology, healing!

I hereby propose a new national holiday, modeled on the Days of Awe, but occurring in August, between Hiroshima and Nagasaki. Like the Days of Awe, they would be bounded by two momentous events, would celebrate those events with appropriate ritual, and would feature redemptive tasks to be done in between.

“It could never happen,” you say, “too serious. It runs against the American grain to do that kind of self-criticism.”

Maybe, maybe not. We have our solemn holidays, in places still solemnly kept. And besides, we may be growing up as a nation. Engaged in five current wars, with Iran coming up, the peach fuzz is off our cheeks. Obama’s fairytales notwithstanding, we know we’re not in Kansas anymore.

The vast majority of people realize we can’t go on as we are — exporting jobs, exploiting foreign workers, making wars, eviscerating and polluting the planet. “Change” has become the buzzword to win elections.

The Christians have taught the world to acknowledge a December season of Peace. Is it too much to imagine that churches and synagogues, national organizations and neighborhood groups, schools and universities, could slowly grow a late summer holiday to express the profound sorrow the Catholic Bishops recommend — a mindful holiday to witness and grieve, to assimilate a painful part of the past, to dissipate the cloud over the culture, to ask and give forgiveness, to sing in chorus “Hiroshima, Nakasaki. Never Again,” and to be able to go on, safer from ourselves?

The religious historian Mircea Eliade has made a distinction between sacred and profane time. In sacred time, historical events gradually come to partake of the permanence of myth, while in profane time they gradually lose their grip on people and become merely material for historians and the technicians at Disney World.

I am calling for a holiday that would change Hiroshima and Nagasaki into universal myths, deeply grounded in sacred time, permanent stop signs on the road to destruction. Four new holydays, making things whole, healing.

Here’s how it might go. On August 5th, supper is a Japanese meal, which Americans would learn to make as beautifully as we do a turkey dinner. The event would have a ritual component like a Seder, in which symbolic foods are eaten, and history is thoughtfully reviewed. Each family, each congregation, each school would develop its own texts until some key themes and treatments became solidified.

The morning and afternoon of the 6th — Hiroshima Day — would be a time for fasting, or some special breakfast, with a ritual observance at 8:15 AM. During the 6th, 7th and 8th — our three days of awe and repentance — individuals would consciously perform expiatory tasks, personal and interpersonal, as in the Jewish Days of Awe, but also social, holding teach-ins, attending peace events. If a weekend fell between Hiroshima and Nagasaki, there would be special services at churches, synagogues, mosques. Morning and afternoon of the 9th is again a special time of fasting. 11:02 is observed, and everyone gears up for a big celebration in the evening, at which international foods of all kinds would be prepared — a huge community festival.

What I’m describing is a full-blown, big holiday. Things don’t begin that way, of course. We might just start by thinking about it for a few years, by recognizing that in fact something important did occur on these days. Then, who knows what would grow — in individual hearts, in individual families, in individual congregations and institutions. Were something like this to get underway, in 10 years we’d have Good Housekeeping printing August peace recipes.

We postmoderns like to play with history. Now we can play in its real mudbath, and actually get dirty — a death-defying vital alternative to psychic numbing.

Would the New Days of Awe change anything? I can’t imagine otherwise. The power of confession has been known to the Catholic Church for centuries. If anything has sustained the even older Jewish community, it has been the inspiration of the High Holy Days. The Muslims make pilgrimage to Mecca.

This stuff has both a track record and the power of newness-at-large. Like an exotic virus spreading in a vulnerable population, the power of guilt could quite transform postmodern American culture. Revelation through genuine memory, then Teshuvah, turning and Tikkun, healing.

Or shall we just go on making wars?