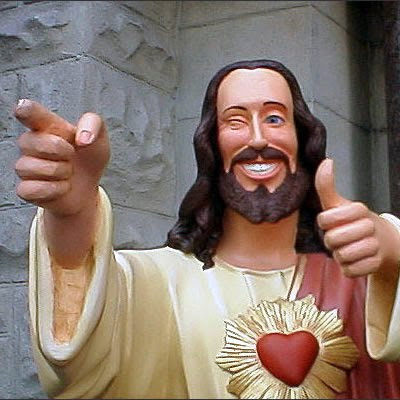 We seem to be bombarded lately by “random acts of culture” both in the real world (if such a place exists) and on YouTube. Handel’s Hallelujah Chorus seems to be popping up all over — almost expected at shopping malls and food courts.

I love Messiah. I’ve made it a point to sing, play, or conduct it almost every year since I’ve been 20. The Hallelujah Chorus is an astoundingly effective work of its time — and ours — and one can well imagine King George rising in ecstasy when hearing it. I’ve written about Messiah in several of my books, and it is a major altar in my church of worship.

In the context of the shopping mall, who is the Lord God omnipotent that reigneth? Surely more Mammon than Jehovah. The Lord God of Capitalism here reigns, “and he shall reign for ever and ever!”

While this may in fact be true, at least for the moment, is it worth putting so much energy into celebrating it? The Hallelujah Chorus is not Muzak, especially in live performance. People hear it, understand it, and receive it positively. What is it they are joyfully hearing in the context of the mall? The delight of Christmas shopping. The triumphant assertion of their own culture. The craving for that culture to reign forever and ever.

But is this the function of art? Should great music be an accomplice to great crimes? Should it enable and abet destructive capitalist madness?

In One Dimensional Man, Marcuse speaks of the Great Refusal — the protest against that which is. That is great art’s function in society — to refute, break and recreate “the modes in which man and things are made to appear.”

When I got my most recent invite, I suggested, as an alternative, a flash mob which would sing a neighboring chorus from Messiah — “Surely He Hath Borne Our Griefs And Carried Our Sorrows.” The music is truly harrowing, filled with dotted rhythms of the lash and dissonances of pain. The words go on to say, “He was wounded for our transgressions. He was bruisèd for our iniquities.” And was he not? What would Jesus buy at the mall? The text of “Surely” concludes, “The chastisement of our peace was upon him.”

Singing “Surely” at the mall? Now that would be a surprise event, an invasion of culture by Culture.

Brecht nailed the oppositional function of art in the closing speech of his teaching play, The Exception and the Rule. Concerning the actions of the characters in the one-act, the narrator instructs the audience:

Observe the conduct of these people closely:
Find it estranging even if not very strange
Hard to explain even if it is the custom
Hard to understand even if it is the rule
Observe the smallest action, seeming simple
With mistrust
Inquire if a thing be necessary
Especially if it is common
We particularly ask you –
When a thing continually occurs –
Not on that account to find it natural
Let nothing be called natural
In an age of bloody confusion
Ordered disorder, planned caprice
And dehumanized humanity
Lest all things
Be held unalterable!

That, I think, is what random acts of Culture should be doing.

My next week’s essay will discuss the healing potential of infiltrative art.