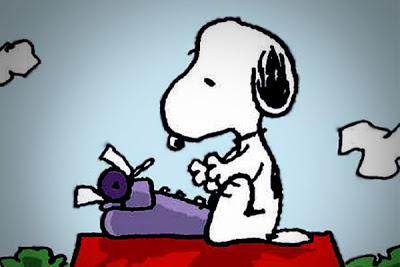 Novelist and Rag Blog contributor Marc Estrin will be Thorne Dreyer’s guest on Rag Radio, Tuesday, May 11, 2-3 p.m. (CST) on KOOP 91.7 FM in Austin. For those outside the listening area, go here to stream the show.

They will discuss Marc’s novels, his history with the legendary Bread and Puppet Theater, and more — including his Rag Blog scoop “Got Fascism?: Obama Advisor Promotes ‘Cognitive Infiltration’” that created quite a stir on the internet.

The following is from Marc Estrin’s novel, Golem Song.

Having been reminded by Debbie, one of his girlfriends, Alan Krieger walks into a drug store to buy a card for his mother.

Soooo… here’s MOTHER like my mother, I guess, though who could be like my mother?… then what else? MOTHER-TO-BE. I wonder if they have “Mother-that-was” for miscarriages — there’s a million dollar idea. HUMOROUS MOTHER-TO-BE. How about humorous plain Mother? But she’s not all that funny. OTHER MOTHER. Nice rhyme. GOD MOTHER and GOD MOTHER ADULT. Is that like X-rated? Let’s see. Nope, stodgier. NEW MOTHER, ah, poor thing, should be in the condolence section with little packs of Valium attached. Oh, here’s a good one: LIKE A MOTHER. A Mother’s Day card for my “Like a Mother”? No, that would be too mean. I mean I’m mean, but I’m not that mean. Gottenu — FRIEND’S MOTHER! One isn’t enough? You have to adopt more? I can’t deal with this. FROM MOM TO CHILDREN — for Mother’s Day? What a rabid guilt-trip! I know you won’t remember to send me a Mother’s Day card, so I’m sending one to you, hope you feel terrible, love Mom. CARDS FROM BOTH OF US — for the frugally-minded, no doubt. CARDS ACROSS THE MILES. Dear Mom, thinking of you from Challenger Two. Can you see me waving? SISTER, SISTER’S FIRST. RELIGIOUS SISTER For Mother’s Day? Our Lady of Fornication? Ah, NANA, ooo-la-la. Oop. We’re in the unspeakably hip section — CARDS SUITABLE FOR SINGLE PARENT. Love them 90s! And last but not least, Ladies and Gentlemen, more lethal than a speeding bullet, more powerful than a TV commercial — it’s SUPERMOM, who years ago, in the Orient, learned the secret of clouding men’s minds. How the hell am I going to choose? This is a Ph.D. thesis project. Limit the search, Alan. Back, back. Back, like the aging Goethe, to the simple realm of basic MOTHER.

OK, so then we’ve got only one two three four and a half sections of ten times thirteen rows. A little less than half the total, the exact arithmetic is beyond me at this hour of mental and spiritual exhaustion, but say three hundred cards to go through. Only three hundred? Well, we’ll do an adjectival inspection for relevance to our very own mother. Courage, Alan, this is no worse than cataloguing Saddam Hussein’s CBW holdings. “Gentle”? No. “Tender?” No. “Soothing?” Oi, oi, oi. “Guiding?” By contrast, perhaps. “Sharing.” A little less would be appreciated. “Understanding.” Possibly. Though what she understands is unclear. “Patient.” Like an adder. “Kind.” Yeah. To quadrupeds. “Undemanding.” Gimme a break. Must not be Jewish. “Dependable.” Like death and taxes. “Strong.” You bet, 200 proof, pH one point oh. “Warm…generous…giving…thoughtful — though what kinds of thoughts they’re not saying — kind — didn’t we have that one before? — unselfish.” Am I on the wrong planet?

“Am I on the wrong planet?” This is the fundamental question asked by hostages. And hostages are usually ignored.

Jesus, I’m only one row across one section. Two hundred ninety cards to go, I’ll never make it. “Always there.” Well, God knows that’s true. “Never too busy.” On the other hand, might it not be better to be been a latch-key kid? But they don’t hire corporate execs with rolled-down stockings. Oh, look at this. How sweet. She “always finds the sunshine”. And if the rains do come, she “keeps only the rainbows.” Ipecac ahoy. Here’s a mom that “always shows concern for others” and “expects very little in return.”

That’s it. I’ve had it. My cup of irony runneth over. We’re going to do this by the random method, and grit our decaying teeth at the result. Close your eyes, Alan. Now spin twice around, moving in a trajectory to your right as you spin, trying not to make a fool of yourself by poking your finger into someone’s pupik — there! Got it! My finger directly on a card without falling on my face. Oh praise to your semi-circular canals, Alan, for their faithful service all these years…

Why, it’s Snoopy! Yes, Snoopy, why not? It matches her literary level, and is thematically appropriate, though she won’t get the obvious reference. What does Snoopy have to say to my sainted mother? Ah, a riddle. A conundrum, as it were. “What does a mother stand for?” Snoopy, my canine-ical friend, do you really want to ask that question? Are you prepared for the answer? But… I give up. What does a mother stand for? Open the card, and the answer is… “She’s so busy she doesn’t have time to sit down.” Good try, old droopy-nose, but avoidance will get you nowhere. You have to get up pretty early in the morning to hoodwink me, and it’s already 8:14 p.m.. But Mother Legree will like such innocence, and take it as a compliment. $1.49? For this devious piece of shit? That’s three and a half White Castle hamburgers? Well, this, plus a small bag of Hershey Kisses to support her habit, and perhaps absolve me of all but one passive peck ought to do it for under five bucks. Laudamus te, oh my sweet, reminding Debeleh, who hath spared us the heartache and nitroglycerine of another forgotten Mother’s Day.

Want to read the whole novel? Buy it for a penny!

3 Responses to Marc Estrin : The Mathematics of Mother’s Day