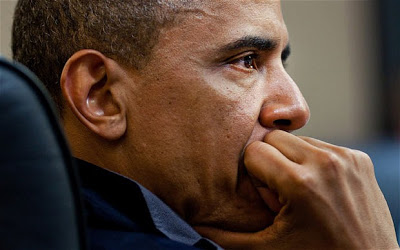 By Margarita / The Rag Blog /

I was on my way to the beach on Monday afternoon when I heard the news this week. I have no internet at home and had managed to skip watching the news during the four day holiday weekend.

The two adults in the car with me mentioned that Osama bin Laden had been caught, shot, and dumped in the ocean all in one brief brush stroke, choreographed by what I imagined were the elite of the elite of the SWAT teams we can only begin to imagine at the cinema.

My first thought? Cuba, of course. For anyone not familiar with Cubans, we always think about ourselves first. It’s a complex reality, but Cubans actually believe the world revolves around them on all levels, so if we emigrate, we are the most important émigrés, if we dance we are the best dancers, if we win we are the utmost winners, if we help we are the handiest helpers; you name it, we’ll the be at the core of it.

So of course, my first thought went to the island. And the thought was: “Now Obama is like a God! He can break the embargo, establish relations, even free the Cuban Five and nobody is gonna mess with him! He got the guy that has been on the FBI´s top 10 most wanted list for the past decade!” My mind was roaring at warp speed, faster than the cars or the waves around me. The conversation in the car had already taken a turn to baseball and the national finals and I was still in my soap opera daydream… Sigh….

There are no photos; there are no gory images of proof to be seen. There is only the word of the U.S. government to rely on. You know what? Whether we see horrid pictures or not, if the U.S. says he’s out then I’m going to bet he’s out of the picture; whether he is dead or not is of no importance; what is important is that he do no more harm and even more important that others don’t continue in his legacy of hatred.

The candidate of Hope…

President Obama has taken a first step in what should be the path of his true legacy; a president of hope. And since I am Cuban, I have to garner the hope that one more of his steps will be to let the underlying principle of peace and justice reign in this hemisphere. Open up travel Mr President, reestablish relations with all in the hemisphere, and please send back the Cuban Five.

[Margarita Alarcón Perea was born in Havana, Cuba, and raised in New York City. Maggie’s father is Ricardo Alarcón, president of the Cuban National Assembly. She is currently a news analyst for Cubadebate in Havana and contributes to The Rag Blog and The Huffington Post. She also posts at ajiacomix. Read more of Margarita Alarcón’s articles on The Rag Blog.]