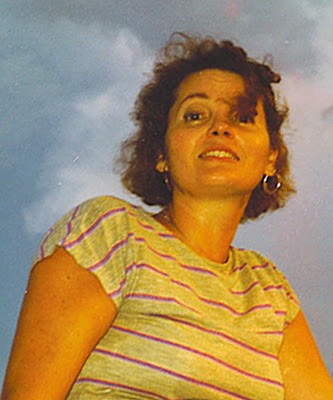 AUSTIN — Friends of long-time political prisoner, former Austinite, and acclaimed poet Marilyn Buck, 62, were saddened by news of her death at the home of her attorney Soffiyah Elija, early Tuesday, August 3.

Buck was released from the federal prison medical center in Carswell, Texas, July 15, 2010, and was paroled to New York City.

Buck served 25 years of an 80-year prison sentence for politically motivated crimes undertaken in opposition to racial injustice and U.S. imperialism. As a prisoner, Marilyn, while moderating her ideas about methods, continued to stand tall for her beliefs.

A selfless advocate for others, especially in the arena of prison medical care, Marilyn was diagnosed late last year with a uterine sarcoma, a rare and aggressive cancer, too late for treatment to save her life.

While attending the University of Texas at Austin, Buck became involved in the civil rights and anti-war movements, and worked with SDS and the underground newspaper, The Rag. In the following years she became increasingly committed to and active in support of the black liberation struggle in this country.

Buck is survived by three brothers; several cousins; her long-time counselor, Jill Soffiyah Elijah; and loving friends worldwide. Her parents, Dr. and Mrs. Louis Buck, who both pre-deceased her, were leading civil rights activists in Austin in the early 1960s.

According to sources close to Marilyn’s family, there will not be a funeral, but memorial gatherings will be scheduled in the future in New York City, in California’s Bay Area, and in Texas. Funds raised for her hoped-for transition to the free world that had not been dispersed at the time of her death will be used according to her wishes to assist other aging prisoners.

The size of the U.S. prison population guarantees that increasing numbers of those released after lengthy sentences will lack savings, health insurance, or the network of friends from all walks of life that sustained Marilyn — and benefited from her generous, principled spirit — throughout her years behind bars.

Marilyn Buck was the recipient of funds raised at a June 25 community support event and benefit in Austin hosted by eight local groups, including NOKOA the observer and The Rag Blog, and supported by many businesses, artists, poets, and compassionate individuals.

Youth Emergency Service, Inc., fiscal sponsor for the event, will continue to accept tax deductible contributions through PayPal at its website, or by check or money order, made out to YES, Inc., at PO Box 13549, Austin, TX 78711.

CORRECTION: The Rag Blog was originally informed that Marilyn Buck died in a New York hospital. Now we have learned that Marilyn in fact died surrounded by friends at the Brooklyn home of her attorney and long-time close friend, Soffiyah Elijah, where she was living after being paroled to New York City. Linda Evans announced the following through Freedom Archives:

Our dear comrade Marilyn Buck made her transition today [August 2] at 1 pm est peacefully and surrounded by friends at home in Brooklyn. Details of memorials and where to send cards and donations will follow soon.