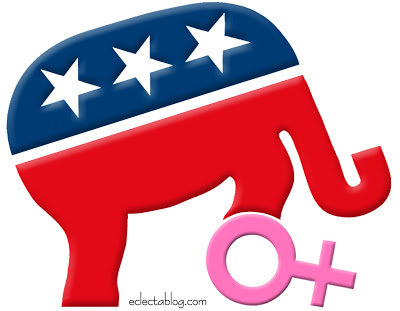 Graphic from Eclectablog.
Paul Ryan and Todd Akin:
The ties that bind

Rape-denier Todd Akin is right in line with the GOP’s staunchly anti-abortion platform. And so is Ryan.

Republicans, heeding their media strategists, are trying to distance themselves from Todd Akin’s absurd comment that women cannot get pregnant from “legitimate rape.” But we shouldn’t let them get away with it. Rather than making him an outlier, Akin’s comments are consistent with the words and actions of the Republican Party — including its latest darling, presumptive vice-presidential candidate Paul Ryan.

Ryan is being touted as an economic expert, but his legislative focus on economics is relatively new, whereas his anti-choice record is pages long and more than decade old. Of the 81 bills Ryan has sponsored or cosponsored in this congressional session, only three have dealt with the economy. The greatest number of bills he has backed on a single topic — 10 — have to do not with controlling the economy but controlling women’s bodies and what we can and cannot do with them.

And that’s not new. Over the 13 years he’s been in Congress, Ryan has voted 59 times — every time possible — to deny women access to abortion and even to forms of contraception. The 59 pieces of legislation range from declaring a fetus a human being with full legal rights to allowing hospitals to refuse treatment to a woman who needs post-abortion care — even if she is at death’s door.

Nor are Ryan and Akin anomalies or renegades. Republicans have introduced more than 1,000 anti-choice and anti-contraception bills in state legislatures in the past two years, many of which passed, especially in the 27 state legislatures under GOP control. And yesterday the national party approved a platform plank declaring abortion unconstitutional and calling for a wholesale ban without any exception for rape or incest.

Not all Republicans are as careless in their speech as are Todd Akin or Illinois’s Joe Walsh, but they all share the position that they have the right to impose their controls on women’s lives and bodies.

The record is clear: pro-gun and anti-choice, Akin, Ryan, and their Grand Old Party are a danger to women and other living things.