Market Meltdown: Explanation from an Expert 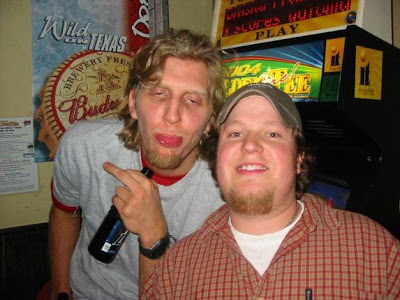 The spittin’ image of a bad bet
The Real Reason for the Global Financial Crisis…the Story No One’s Talking About
By Shah Gilani / September 18, 2008

[Part I of a three-part series looking at how so-called “credit default swap” derivatives could ignite a worldwide capital markets meltdown.]

Are you shell-shocked? Are you wondering what’s really going on in the market? The truth is probably more frightening than even your worst fears. And yet, you won’t hear about it anywhere else because “they” can’t tell you. “They” are the U.S. Federal Reserve and the U.S. Treasury Department, and they can’t tell you what’s really going on because there’s nothing they can do about it, except what they’ve been trying to do – add liquidity.

At the exchange rate yesterday (Wednesday [September 17, 2008]), 35 trillion British Pounds was equivalent to U.S. $62 trillion (hence, the 35 trillion Pound gorilla). According to the International Swaps and Derivatives Association, $62 trillion is the notional value of credit default swaps (CDS) out there, somewhere, in the market.

This isn’t the first time Money Morning has warned readers about the dangers of credit default swaps. And it won’t be the last.

The Genesis of a Derivative Boom

In the mid-1980s, upon arriving in New York from Chicago with an extensive background trading options and futures (the original derivatives), I was offered a job at what was then Citicorp [today’s Citigroup Inc. (C)]. The offer was for an entry-level post in the bank’s brand new OTC (over-the-counter, meaning not exchange traded) swaps and derivatives group. When I asked what the economic purpose of swaps was, the answer came back: “To make money for the bank.”

I declined the position.

It used to be that regulators and legislators demanded theoretical, empirical, and quantitative measures of the efficacy of new tradable instruments being proposed by exchanges. What is their purpose? How will they benefit the capital markets and the economy? And, what safeguards will accompany their introduction?

If the party providing the insurance protection – once it has collected its upfront payment and premiums – doesn’t have the money to pay the insured buyer in the case of a default event affecting the referenced bond or loan (think hedge funds), or if the “insurer” goes bankrupt (Bear Stearns was almost there, and American International Group Inc. (AIG) was almost there) the buyer is not covered – period. The premium payments are gone, as is the insurance against default.

Credit default swaps are not standardized instruments. In fact, they technically aren’t true securities in the classic sense of the word in that they’re not transparent, aren’t traded on any exchange, aren’t subject to present securities laws, and aren’t regulated. They are, however, at risk – all $62 trillion (the best guess by the ISDA) of them.

Fundamentally, this kind of derivative serves a real purpose – as a hedging device. The actual holders, or creditors, of outstanding corporate or sovereign loans and bonds might seek insurance to guarantee that the debts they are owed are repaid. That’s the economic purpose of insurance.

What happened, however, is that risk speculators who wanted exposure to certain asset classes, various bonds and loans, or security pools such as residential and commercial mortgage-backed securities (yes, those same subprime mortgage-backed securities that you’ve been reading about), but didn’t actually own the underlying credits, now had a means by which to speculate on them.

If you think XYZ Corp. is in trouble, and won’t be able to pay back its bondholders, you can speculate by buying, and paying premiums for, credit default swaps on their bonds, which will pay you the full face amount of the bonds if they do actually default. If, on the other hand, you think that XYZ Corp. is doing just fine, and its bonds are as good as gold, you can offer insurance to a fellow speculator, who holds the opinion opposite yours. That means you’d essentially be speculating that the bonds would not default. You’re hoping that you’ll collect, and keep, all the premiums, and never have to pay off on the insurance. It’s pure speculation.

Credit default swaps are not unlike me being able to insure your house, not with you, but with someone else entirely not connected to your house, so that if your house is washed away in the next hurricane I get paid its value. I’m speculating on an event. I’m making a bet.

The bad news is that there are even worse bets out there. There are credit default swaps written on subprime mortgage securities. It’s bad enough that these subprime mortgage pools that banks, investment banks, insurance companies, hedge funds and others bought were over-rated and ended up falling precipitously in value as foreclosures mounted on the underlying mortgages in the pools.

What’s even worse, however, is that speculators sold and bought trillions of dollars of insurance that these pools would, or wouldn’t, default! The sellers of this insurance (AIG is one example) are getting killed as defaults continue to rise with no end in sight.

And this is only where the story begins.

What is happening in both the stock and credit markets is a direct result of what’s playing out in the CDS market. The Fed could not let Bear Stearns enter bankruptcy because – and only because – the trillions of dollars of credit default swaps on its books would be wiped out. All the banks and institutions that had insurance written by Bear would not be able to say that they were insured or hedged anymore and they would have to write-down billions and billions of dollars in losses that they’ve been carrying at higher values because they could say that they were insured for those losses.

The counterparty risk that all Bear’s trading partners were exposed to was so far and wide, and so deep, that if Bear was to enter bankruptcy it would take years to sort out the risk and losses. That was an untenable option.

The Fed had to bail out Bear Stearns.

The same thing has just happened to AIG. Make no mistake about it, there’s nothing wrong with AIG’s insurance subsidiaries – absolutely nothing. In fact, the Fed just made the best trade in its history by bailing AIG out and getting equity, warrants and charging the insurance giant seven points over the benchmark London Interbank Offered Rate (LIBOR) on that $85 billion loan!

What happened to AIG is simple: AIG got greedy. AIG, as of June 30, had written $441 billion worth of swaps on corporate bonds, and worse, mortgage-backed securities. As the value of these insured-referenced entities fell, AIG had massive write-downs and additionally had to post more collateral. And when its ratings were downgraded on Monday evening, the company had to post even more collateral, which it didn’t have.

In short, what happened in one small AIG corporate subsidiary blew apart the largest insurance company in the world.

But there’s more – a lot more. These instruments are causing many of the massive write-downs at banks, investment banks and insurance companies. Knowing what all this means for hedge funds, the credit markets and the stock market is the key to understanding where this might end and how.

The rest of the story will be illuminated in the next two installments. Next up: An examination of the AIG collapse, followed by a look at how bad things could get, and what we can do to fix the problem at hand. So stay tuned.

[Editor’s Note: Contributing Editor R. Shah Gilani has toiled in the trading pits in Chicago, run trading desks in New York, operated as a broker/dealer and managed everything from hedge funds to currency accounts. In his new column, “Inside Wall Street,” Gilani promises to take readers on a journey through the “shadowy back alleys” of the U.S. capital markets – and to conduct us past the “velvet rope” that guards Wall Street’s most-valuable secrets – in an ongoing search for the investment ideas with the biggest profit potential. If the whipsaw markets we’re experiencing lead to the so-called market “Super Crash” that many analysts fear, shrewd investors won’t have to worry.]