McCain, Anthrax and the Afghan Blunder 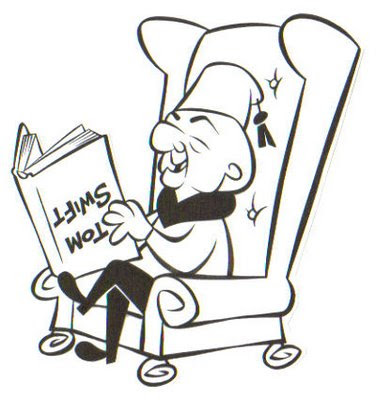 See Video of McCain on Letterman in 2001 below.

‘Barely a month after the 9/11 attacks and while the U.S.-led invasion of Afghanistan was still underway, McCain was already eyeing a war against Iraq’
By Robert Parry / August 3, 2008

The scene of John McCain – during the anthrax attacks in October 2001 – opining to David Letterman that Iraq might be responsible underscores McCain’s central role in what may go down as one of the biggest strategic blunders in U.S. military history, the premature pivot from Afghanistan to Iraq.

Not only has it been clear for many years that McCain’s speculation about Iraq’s role in the anthrax attacks was reckless – made even more apparent by the FBI now pinning the crime on dead U.S. bio-defense scientist Bruce Ivins – but McCain also told Letterman in that Oct. 18, 2001, interview that “the second phase is Iraq.”

In other words, barely a month after the 9/11 attacks and while the U.S.-led invasion of Afghanistan was still underway, McCain was already eyeing a war against Iraq.

McCain opened his appearance with the joke, “What is Osama bin Laden going to be for Halloween?” and then gave the punch line: “Dead.”

However, bin Laden managed to survive that Halloween – and apparently six others – in part because President George W. Bush didn’t commit enough U.S. ground forces to the battle of Tora Bora, allowing bin Laden and other key al-Qaeda leaders to escape.

Then, instead of staying focused on the challenge in Afghanistan and finishing the hunt for bin Laden, Bush heeded the advice of McCain and other neocons and shifted the attention of the CIA and the U.S. military toward Iraq.

Though federal investigators cast aside McCain’s suspicion of an Iraqi link to the anthrax attacks, McCain continued to pin other false charges on Saddam Hussein’s government, including allegations about illicit WMD and supposed operational ties to al-Qaeda.

For instance, on Feb. 2, 2002, McCain addressed the Munich Conference on Security Policy, giving a speech with the ambitious title, “From Crisis to Opportunity: American Internationalism and the New Atlantic Order.”

In it, McCain laid out the full neoconservative case for turning U.S. attention quickly toward Iraq.

“The next front is apparent, and we should not shirk from acknowledging it,” McCain said. “A terrorist resides in Baghdad, with the resources of an entire state at his disposal, flush with cash from illicit oil revenues and proud of a decade-long record of defying the international community’s demands that he come clean on his programs to develop weapons of mass destruction.

”A day of reckoning is approaching.”

On March 19, 2003, Bush fulfilled McCain’s dream by launching the invasion of Iraq, succeeding in ousting Hussein’s government in three weeks but then finding a large U.S. expeditionary force tied down by a stubborn insurgency for the next five-plus years.

Captured al-Qaeda documents make clear that bin Laden and his inner circle viewed the U.S. attack on Iraq as a welcome gift, a chance for them to rebuild their organization inside Pakistan, a nuclear-armed country where al-Qaeda had old allies in the tribal regions and historic ties to Pakistan’s shadowy intelligence agency, the ISI.

Al-Qaeda’s Iraq strategy was summed up in a letter that a senior al-Qaeda leader, known as “Atiyah,” sent to Jordanian terrorist Musab al-Zarqawi in December 2005, urging Zarqawi, who was leading the “al-Qaeda in Iraq” contingent, to tone down his aggressiveness and take more time because “prolonging the war is in our interest.”

[To view this excerpt in a translation published by the Combating Terrorism Center at West Point, click here. To read the entire letter, click Source..]

During Campaign 2008, McCain has sought to focus public attention on the supposed success of Bush’s “surge” strategy, which began in 2007 with the addition of about 30,000 more U.S. troops in Iraq.

Aided by the superficiality of the U.S. news media, McCain so far has been able to escape any significant criticism for his role in the central blunder of the “war on terror,” the premature pivot from Afghanistan to Iraq.

Besides playing into bin Laden’s hands, the U.S. concentration of forces in Iraq also enabled the Taliban to regroup and turn Afghanistan into an increasingly lethal front for American and NATO soldiers.

Recent U.S. intelligence also suggests that al-Qaeda is now preparing new terrorist attacks from its base camps inside Pakistan and is redirecting Islamic jihadists from Iraq to the Afghan-Pakistani theater, which always appears to have been al-Qaeda’s main concern even as Bush tried to sell the American people on the idea that the “central front” was Iraq.

Having not dealt decisively with the Taliban/al-Qaeda threat in 2001-02, the U.S. military now anticipates many more bloody years battling for Afghanistan and may have to conduct more cross-border aerial attacks inside Pakistan, possibly destabilizing that nuclear-armed country.

In many ways, this worsening Afghan fiasco can be traced back to McCain’s loose speculation about anthrax and his neoconservative pronouncements of almost seven years ago.

Robert Parry broke many of the Iran-Contra stories in the 1980s for the Associated Press and Newsweek. His latest book, Neck Deep: The Disastrous Presidency of George W. Bush, was written with two of his sons, Sam and Nat, and can be ordered at neeckdeepbook.com.