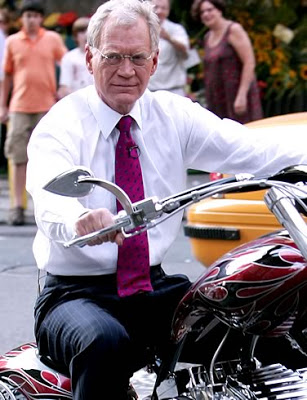 Senator John McCain may have disappointed many expectant voters and debate viewers with the decision to suspend his campaign, but none more so than a late-night talk show host on CBS.

David Letterman was so unhappy that Mr. McCain canceled his scheduled appearance on his show Wednesday night that he spent much of the first segment assailing the senator’s decision and suggesting “something doesn’t smell right” about the Senator’s plan to go to Washington to work on the financial crisis.

Mr. Letterman told his audience that Senator McCain had called him directly on short notice Wednesday, to tell him he had to cancel his appearance. After expressing his admiration for Mr. McCain and his sacrifice as a prisoner of war in Vietnam, Mr. Letterman said, “When you all up at the last minute and cancel, that’s not the John McCain I know.” He repeated that “something smells right now” and he suggested “somebody must have put something in his Metamucil.”

Mr. Letterman said Mr. McCain had said the economy was “about to crater” which necessitated that he get to Washington right away. Mr. Letterman then suggested that McCain should not be suspending his campaign at all and that he could have “sent in the second-string quarterback,” his vice presidential running mate, Gov. Sarah Palin of Alaska, to fill in for him. “You don’t quit,” Mr. Letterman said.

After suggesting that Ms. Palin should be prepared to step up and “be ready,” because “the poor guy is getting a little older,” Mr. Letterman reconsidered and said of Ms. Palin’s readiness, “Don’t get me started.”

Even after Mr. Letterman brought out Keith Olbermann, the MSNBC host and vituperative Republican critic as the substitute guest for Mr. McCain, he continued to assail Mr. McCain for the decision to cancel the appearance. His critique reached a high point when he learned that at the very moment Mr. McCain was supposed to be on the couch next to him being interviewed, the senator was at the CBS News center three blocks away in Manhattan, getting ready to be interviewed by the CBS News anchor, Katie Couric.

Mr. Letterman ordered his director to put on a live feed from that location, which showed Mr. McCain getting made up to go on with Ms. Couric. “He doesn’t seem to be racing to the airport,” Mr. Letterman observed.

After listening to some questions from Ms. Couric, Mr. Letterman said, “Hey, John, I’ve got a question: You need a lift to the airport?”

He then asked Mr. Olbermann if he thought this was all Mr. McCain’s fault, or whether other factors had come into play.

“He ditched you,” Mr. Olbermann said.