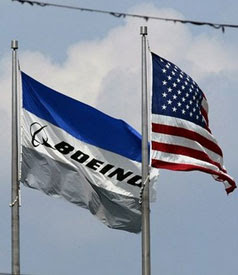 A scathing report accusing government auditors of corruption, issued by the government’s top investigative body, prompted a freshman senator to call for firings “by nightfall” on Thursday.

In her first term, Senator Claire McCaskill (D-Missouri), a former prosecutor and Missouri state auditor, has taken the lead in figuring out whether the US military gets what it pays for from contractors

In an impassioned speech on the floor of the Senate, McCaskill outlined the findings of a Government Accountability Office (GAO) report, which found that Defense Contract Audit Agency (DCAA) officials and major defense contractors successfully pressured Pentagon auditors to hide damaging facts about the performance and costs of weapons systems.

The DCAA has “gotten caught in what could be the biggest auditing scandal in the history of this town, and I’m not exaggerating here. I will guarantee you, as auditors around the country learn about this, they’re going to have disbelief and raw anger that this agency has impugned the integrity of government auditors everywhere by these kinds of irresponsible actions,” McCaskill said.

McCaskill fired off letters to Secretary of Defense Robert Gates and DCAA Director April G. Stephenson, demanding accountability and a full explanation of the issues the GAO report raised. In a July 11 letter, Stephenson said that DCAA did not agree with the “totality” of the report but was addressing some of the issues raised.

The GAO, the top nonpartisan governmental investigative body in Washington, DC, looked at 14 audits performed by the 4,000-member DCAA, the internal government audit team that is supposed to oversee contracting for the Department of Defense (DoD) and other government agencies. Zero of the 14 audits met government standards.

The report, titled “DCAA Audits: Allegations That Certain Audits at Three Locations Did Not Meet Professional Standards Were Substantiated,” was based on over 100 interviews with current and former auditors and a review of the 13 sets of “working papers” – the documentation auditors use to backup their conclusions.

The report found, in every case, the working papers did not support the conclusions of the auditors – a clear violation of auditing principles. In addition, the investigation revealed that supervisors at the DCAA “dropped findings and changed audit opinions,” and that the DCAA did not allow auditors sufficient time to do thorough work.

According to GAO investigators, “[W]e also found that contractor officials and the DoD contracting community improperly influenced the audit scope, conclusions, and opinions of some audits – a serious independence issue.” In GAO speak, this means private companies and people in the Pentagon conspired to conceal wasteful and fraudulent activity by contractors at the cost of the US taxpayer.

Among the findings of the report:

* The DCAA resident auditor made an agreement with an unnamed aerospace contractor (determined to be Boeing based on the facts contained in the report), one of the five largest government defense contractors, that “limited the scope” of the audit and would allow the contractor to correct problems that were found before the final audit opinion was issued. [Bullet]The resident auditor replaced uncooperative auditors and intimidated others into making unsubstantiated assessments that benefited contractors at the expense of the government. [bullet]Supervisors assigned complex auditing tasks to underqualified subordinates, resulting in incomplete audits.

* The director of a cost-estimating system for a major defense contractor threatened the DCAA he would “escalate” the issue “to the highest level possible” in the government and within the company in question if the DCAA would not green-light the billing system it identified as problematic.

* The DCAA failed to revisit contracts that were negotiated by a corrupt (and later convicted) Air Force official.

* Mistakes, incompetence or intentional deception by the DCAA has essentially built in defective price-estimating systems that may artificially inflate contract estimates for years to come.

The GAO investigation itself was interfered with. In a letter to top members of Congress, the GAO stated: “we noted a pattern of frequent management actions that served to intimidate the auditors and create an abusive environment … As a result, some auditors were hesitant to speak to us.” Nick Schwellenbach, National Security investigator for the nonpartisan government spending watchdog group, Project on Government Oversight (POGO), said that the GAO report “demonstrates that the government’s system of contractor oversight is rotten because the independent government agencies that are supposed to look out for the taxpayers are corrupted,” adding “we have senior members inside the DCAA who are retaliating against their own members in favor of the private contractors.”

Schwellenbach pointed out that DCAA auditors oversee contracting at a number of different government agencies including NASA, and that NASA’s inspector general has previously criticized the DCAA’s work. “This looks like it could go even deeper,” Schwellenbach added.

“You know, the Department of Defense has been on the high risk list of this government for more than a decade. Scandal after scandal has rolled out of the Department of Defense on contracting … I took a trip to Iraq just on contract oversight with an auditor’s eye, meeting with the people that oversee the contracts in Iraq … I think we burned up more than $150 billion in just pure contracting abuse,” McCaskill said during her speech, adding, “and all this time that we have been wasting hundreds and billions of dollars, the fox was in the chicken coop.”