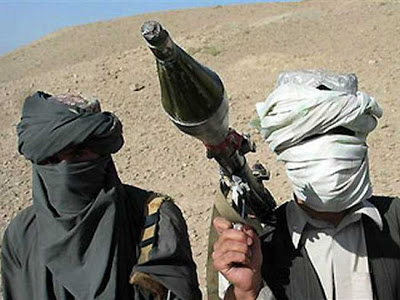 Barack Obama and progressives were correct to say that the war in Afghanistan was a necessary war because Al Qaeda’s headquarters are there or in nearby northwest Pakistan. The problem is that it was the necessary war in 2003, but the situation has since spun out of control. The Bush administration effort lost momentum when it failed to use American troops to nail Osama Bin Laden at Tora Bora. Then it diverted crucial resources away from Afghanistan to Iraq.

The regime we installed in Kabul is a vast kleptocracy, that is despised by the people. There was so much talk about helping the country on to the path of democracy and modernity. Now they execute people for converting to Christianity, and the role of women has only improved slightly. War lords regained power in the provinces, and narcofarmers and others restored the poppy crop that the Taliban outlawed. A reinvigorated Taliban now taxes the crop. Forget about nation-building there.

There has been a revival of the Taliban, and the new Taliban are not just seminarians; they are rebels of all sorts, bandits and ethnic rebels. They effectively employ roadside bombs, suicide bombers and other Iraqi tactics. Once seemingly revived by the ISI, the Pakistani Intelligence agency, or by rogue elements within it, the Afghan Taliban recently have begun working in concert with Taliban from the tribal areas of northwest Pakistan. These elements now take on Pakistani forces and Afghan forces in small formations of 500 or 600. President Hamid Karzai has offered to open talks with Mullah Omar, but the Taliban leader did not respond affirmatively.

Now there are tribal insurgencies in the south that the Karzai regime cannot contain. In all, there are fourteen important insurgent organizations in Afghanistan. The country is a little over half Pashtuns (which includes the Taliban), and other large groups re the Uzbeks, Hazaras, and Tajiks. Warlords are the traditional leaders, and they are now fighting over control of the drug trade.

The situation there now has so deteriorated that it cannot be greatly improved by the application of American military might. Afghanistan has all the ingredients of a major military disaster. There is no silver bullet military solution; the rugged terrain is a guerilla’s paradise. Remember the British experience there in the late 19th century and the Russian military’s meltdown there in the 1980s. There are multiple factions, unbelievable geographical obstacles, and very tough logistical hurdles. American abuse of detainees and bombings has turned much of the population against us. Obama correctly noted the counterproductive effects of the bombings.

There are now 32,000 American troops there as well as another 30,000 allied troops. Our NATO allies are becoming discouraged and impatient, and their continued presence cannot be expected. We need to persuade NATO to remain longer and to consider introducing troops from Muslim nations, such as Jordan, Egypt, Morocco, and Algeria. The United States is now repositioning another 30,000 troops to Afghanistan, which should satisfy Obama’s pledge to send more troops there.

Long-term pacification would take between 200,000 and 400,000 troops over a ten year period. The allies will not remain there that long. It is almost impossible to imagine how this option could be carried out.

Our goal cannot extend much beyond buying enough time for one last shot at bringing some stability to the country. The best approach would be to address it as part of a regional diplomatic effort that would bring greatly improved relations between India and Pakistan, give Afghanistan a coalition government, and mend our relations with Iran, because they are in a position to see that our withdrawal from Afghanistan would be very painful. Hamid Karzai may have to be replaced with someone more acceptable to Pakistan, who almost inevitably will plan a major role in Afghan affairs. This optimum solution would require some help from Russia, China, and the “-stans.”

The ideal regional solution may well not be possible, and the US may have to settle for simply weakening the insurgencies enough to allow what passes for a central government to keep security manageable. Warlords must be bought off and not be rearmed. Far more Afghan troops must be recruited and trained. Corruption must be sharply curbed or the current regime will not even be able to hang on to Kabul.

The Biden-Lugar-Obama Bill, that promises $1.5 billion a year in developmental aid for ten years should be passed and vigorously implemented. That annual amount is much less than we spend there per month. This exercise of soft power should emphasize training teachers and nurses and building schools and health centers. These activities should be focused in the areas where the US plans to build twin gas and oil pipelines. Economic development money should also be spent in these areas.

This exercise of soft power should emphasize training teachers and nurses and building schools and health centers. Economic development money should also be spent in these areas.

A foundation stone of our policy there should be Obama’s comment that , ” …the Karzai government has not gotten out of the bunker and helped organize Afghanistan and [the] government, the judiciary, police forces, in ways that would give people confidence.” If the corruption does not end and the regime cannot win over the populace by providing a multiplicity of services, nothing the US attempts will work.

While we are there in reinforced numbers, American special forces can use the secret base the US is building in Pakistan to launch multiple operations against Al Qaeda. It should not be used for attacks by Americans against Taliban forces in northwestern Pakistan. It is paramount that we avoid creating supporters for Al Qaeda. Clearly, it would be beneficial to Al Qaeda if the US prolonged its presence in Iraq and Afghanistan. Continuing the level of bombings that injure civilians is also a way of creating more Al Qaeda recruits. We are now seeing signs of closer ties between Al Qaeda and the Taliban — something experts thought could not happen. The US must find ways to avoid bringing them together.

It also must be kept in mind that Pakistan is an even greater problem — prone to violence and instability. We must do nothing to destabilize her more. Pakistan faces a radical Islamic insurgency and there is the remote possibility that nuclear weapons and/or the technology of A.Q. Khan could fall into the hands of Wahabi radicals. Pakistan has a strategic reason to gain the upper hand in Afghanistan, as it needs influence in that country as part of its regional strategy of counterbalancing India. For that reason we have to assume that the ISI, or elements within it, are assisting the Taliban. There will be no increase in stability until Pakistan gets what it wants there.

Some European writers complain that the Afghan national forces are rarely used in the south, where most of the Taliban is. It is also said that there is very little coordination between Allied forces and Pakistani forces on the other side of the border. Brits complain that the US might want them out of their old sphere of influence in Pashtun country. They suggest that the US wants to continue the instability there so it can use Afghanistan as a base for continuing US influence in Central Asia. It is probably more likely that the Afghan national army is simply not ready. As for dreams of being a Central Asian power — we should look at our finances, manpower problems, and the logistical difficulties of keeping a large force there over an extended period.

Dreams of greatly expanding US power in Central Asia are unrealistic. To obtain assistance from Russia and China in bringing a settlement to Afghanistan, the US must reconsider its plans to disrupt the Collective Security Treat Organization (CSTO), led by Russia, and the Shanghai Cooperation Organization (SCO). Given our present economic circumstances, there are strong reasons to work out an amicable arrangement with the China-led SCO. The price for Russia’s help might be pulling back on NATO membership for Georgia, a move many of our allies would applaud. In both cases, there should be ways to see that the US gets its share of Caspian energy.