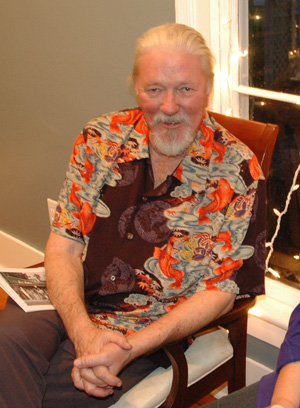 AUSTIN — Friends of John H. Muir will gather at Shoal Creek Saloon on Sunday, August 24,  to remember him and celebrate his life. The Melancholy Ramblers will provide music.

John was a long-time Austin resident and social justice activist, widely-known and well-loved. He died of natural causes in his home on June 23, 2014, at the age of 68.

John Muir graduated from St. Mark’s School in Dallas, attended Columbia University in New York from 1964-1966, and the University of Texas at Austin from 1968-1969.

His life was distinguished by his involvement with civil rights and social justice causes. While working with the United Farm Workers Organizing Committee, John was one of 16 people arrested by the Texas Rangers for picketing a train hauling non-union produce. He was involved with Austin community television, served as an aide to several progressive state legislators, and managed Austin’s legendary Raw Deal restaurant.

For many years, John worked for Texas Rio Grande Legal Aid (TRLA), a nonprofit that provides free legal assistance to many low-income Texans.

John H. Muir’s full obituary can be found here. Contributions in his memory can be made to Texas RioGrande Legal Aid or Hospice Austin.