METRO EVENT | The Rag Blog : Mike Davis on ‘Godzilla vs. The Smog Monster’

Noted author and urban theorist Mike Davis will present ‘A California perspective on Texas-as-the-future’ on Thursday, October 30, in Austin. 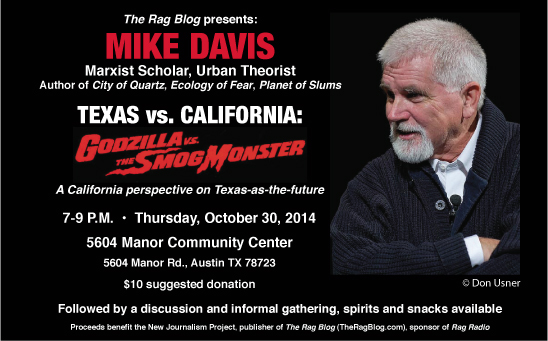 A discussion and informal gathering will follow — with snacks, beer, and wine available. The event benefits the New Journalism Project, the Texas nonprofit that publishes The Rag Blog and sponsors Rag Radio. Suggested donation is $10.