‘As the Huicholes of northern Mexico have demonstrated to me, art is (or should be) a way of praying, of making an offering to the gods.’ 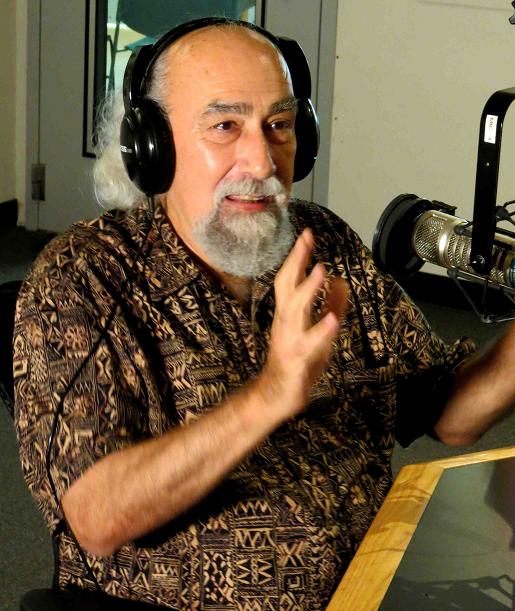 Listen to or download the podcast of our June 13, 2014, Rag Radio interview with Luis Guerra here: 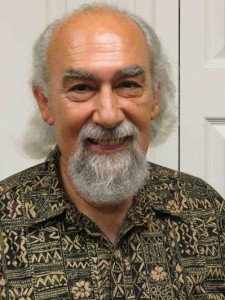 Artist and writer Luis Guerra has narrated his stories on National Public Radio’s Latino USA for over two decades. His artwork has been featured in numerous publications, including the series on Chicano art published by Bilingual Review Press, and his short story, “Al otro lado,” appeared in Universo y asombro, a textbook published by Macmillan-McGraw-Hill in 1994.

Guerra’s paintings and sculptures are in public and private collections in the United States and Mexico — including the Mexic-Arte Museum in Austin, the Benson Latin American Collection at UT-Austin, and the Southwestern Writer’s Collection at Texas State University in San Marcos — and have won awards in major juried exhibitions. A mural he created with his students at Austin Community College is on permanent display at ACC’s Northridge Campus Library. He is also a recipient of the Siqueiros-Pollock Award of Mexico’s Instituto Nacional de Bellas Artes.

As a conscientious objector in the Sixties, Guerra refused to take part in the War in Vietnam. He lived, worked, and taught in Austin in the seventies and eighties. He has been an activist artist in the Chicano Movement. He designed campaign posters for the Raza Unida Party’s Ramsey Muñiz in his Texas gubernatorial campaign and he participated in and visually documented the 1977 Texas Farmworker’s Union march on Washington.

Today, Luis is especially interested in the mystical aspects of life. He has written, “As the Huicholes of northern Mexico have demonstrated to me, art is (or should be) a way of praying, of making an offering to the gods.”

Coming up on Rag Radio:
Friday, June 27, 2014: Jeff Sharlet, award-winning journalist and best-selling author of The Family with his father, scholar and author Robert Sharlet.