Hurricane Patricia come ashore at Cuixmala where English robber-baron Sir James Goldsmith built his Xanadu, La Loma, as a refuge from the apocalypse. 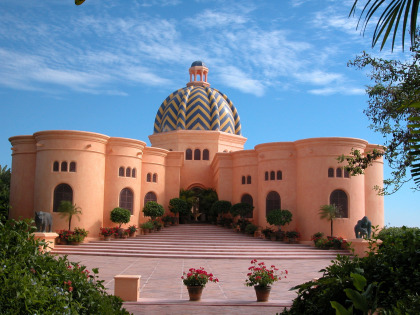 Mike Davis wrote this as Hurricane Patricia, then a Category 5 storm of epic proportions, approached Mexico’s Pacific Coast bringing threat of massive destruction — before it petered out in anti-climax over the coastal mountains. The extent of damage to “eco-resort” Cuixmala remains undetermined.

While waiting, with trepidation, for the first reports of damage and mortality from Mexico, I can’t help but note the irony that the eye of the super-hurricane was reported to have come ashore at Cuixmala 60 miles north of Mazanillo where English robber-baron Sir James Goldsmith built his Xanadu, La Loma, in the 1980s as a refuge from the apocalypse that he believed was inevitable.

Like Hearst’s San Simenon, Goldsmith’s “mad castle” — which took 2,000 workers two years to build — commands a godly view of a wild Pacific. In emulation of Citizen Kane, Goldsmith turned loose African antelope and zebras on his sprawling estate, although in tropical Mexico they faced more formidable predators (indigenous crocodiles and jaguars) than in Central California.

Goldsmith was obsessed with imminent environmental and economic catastrophes as
well as resurgent Communism.

Goldsmith was originally attracted to Jalisco’s “Virgin Coast” by the Italian real estate pirates the Brignonis, who pioneered the first resorts for the super-rich in the region. In his last years Goldsmith — obsessed with imminent environmental and economic catastrophes as well as resurgent Communism — developed his 25,000-acre realm at Cuixmala first and above all as a survivalist paradise for himself, his three families, and numerous mistresses. (La Loma, as a result, is massively reinforced with steel and presumably survived even Patricia’s initial 200-mile-an-hour winds.)

But he also made it a retreat for friends and anti-Communist co-thinkers: Kissinger, Nixon, Reagan, Murdoch. Given the global power that was mongered there, Cuixmala might well have been the location for a James Bond film. 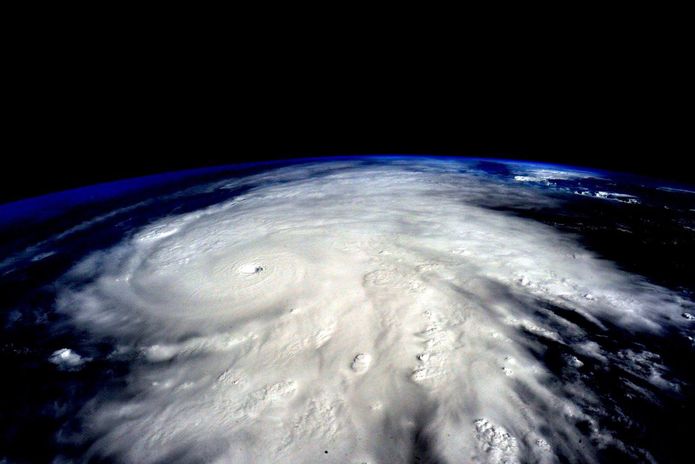 And in this corner: the late — and briefly great — Hurricane Patricia. Photo by Scott Kelly/NASA via Getty Images.

Goldsmith died in 1997 and his daughter Alix Goldsmith opened up Cuixmala as an elite “environmental resort” — in the Costa Rican mode — for the likes of Madonna, Mick Jagger, and Bill Gates. “Daddy would not have wanted Cuixmala to become one of those dead places, where rich people go only to drink cocktails.” In line with “Daddy’s” last-minute embrace of conservationism, she and her husband supported the crusade of Mexican ecologists to create the Chamela-Cuixmala Biosphere Reserve, with La Loma as an exclusive enclave.

But this collided with the plans of Mexican banker Roberto Hernandez who wanted to build a larger, more conventional resort at nearby Careyitos. (Hernandez heads a real estate group that has purchased more than 30 haciendas in Yucatan and Pacific Mexico for conversion into high-end resorts in alliance with Starwoods).

Hernandez, a crony of Salinas, is one of the most sinister billionaires in Mexico.

Hernandez, a crony of Salinas, is one of the most sinister billionaires in Mexico, having bought at auction the nation’s biggest financial institution, Bancamex, when Salinas privatized it in 1991, then sold it a decade later to CitiBank for almost $13 billion. His ties to cocaine trafficking and the killer cartels are infamous and when he has sued journalists making such claims, he has always lost.

The war of billionaires over competing plans for the privatization of Mexico’s Pacific Coast between Puerto Vallarta and Mazanillo is detailed with malicious brio in Carlos Tello Diaz’s Los señores de la Costa: Historias de poder en Careyes y Cuixmala (Mexico 2014). There is also an older piece in English — forgive me, I forget the authors — in Latin American Perspectives.

Whatever the human and ecological cost of Patricia on the Virgin Coast (billionaires and celebrities evacuate; their employees remain behind to die), the aftermath will almost certainly have been even further privatization and concentration of land ownership. I regret that Dan Monk and I did not include Pacific Mexico as one of the case-studies in our book Evil Paradises about the construction of an alternative plan for the very rich.

[Mike Davis is a Distinguished Professor in the Department of Creative Writing at the University of California, Riverside and an editor of the New Left Review. An urban theorist, historian, and social activist, Davis is the author of City of Quartz: Excavating the Future in Los Angeles, Planet of Slums, and In Praise of Barbarians: Essays against Empire.]