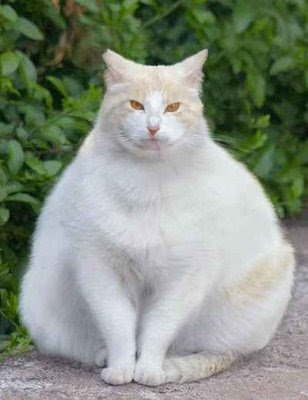 Lotsa’ kibble: Typical US banker post-bailout windfall, thanks to sneaky tax law adjustment.
‘Corporate tax lawyers quickly realized the enormous implications of the document: Administration officials had just given American banks a windfall of as much as $140 billion.’
By Amit R. Paley / November 10, 2008

The financial world was fixated on Capitol Hill as Congress battled over the Bush administration’s request for a $700 billion bailout of the banking industry. In the midst of this late-September drama, the Treasury Department issued a five-sentence notice that attracted almost no public attention.

But corporate tax lawyers quickly realized the enormous implications of the document: Administration officials had just given American banks a windfall of as much as $140 billion.

The sweeping change to two decades of tax policy escaped the notice of lawmakers for several days, as they remained consumed with the controversial bailout bill. When they found out, some legislators were furious. Some congressional staff members have privately concluded that the notice was illegal. But they have worried that saying so publicly could unravel several recent bank mergers made possible by the change and send the economy into an even deeper tailspin.

“Did the Treasury Department have the authority to do this? I think almost every tax expert would agree that the answer is no,” said George K. Yin, the former chief of staff of the Joint Committee on Taxation, the nonpartisan congressional authority on taxes. “They basically repealed a 22-year-old law that Congress passed as a backdoor way of providing aid to banks.”

The story of the obscure provision underscores what critics in Congress, academia and the legal profession warn are the dangers of the broad authority being exercised by Treasury Secretary Henry M. Paulson Jr. in addressing the financial crisis. Lawmakers are now looking at whether the new notice was introduced to benefit specific banks, as well as whether it inappropriately accelerated bank takeovers.

The change to Section 382 of the tax code — a provision that limited a kind of tax shelter arising in corporate mergers — came after a two-decade effort by conservative economists and Republican administration officials to eliminate or overhaul the law, which is so little-known that even influential tax experts sometimes draw a blank at its mention. Until the financial meltdown, its opponents thought it would be nearly impossible to revamp the section because this would look like a corporate giveaway, according to lobbyists.

Andrew C. DeSouza, a Treasury spokesman, said the administration had the legal authority to issue the notice as part of its power to interpret the tax code and provide legal guidance to companies. He described the Sept. 30 notice, which allows some banks to keep more money by lowering their taxes, as a way to help financial institutions during a time of economic crisis. “This is part of our overall effort to provide relief,” he said.

The Treasury itself did not estimate how much the tax change would cost, DeSouza said.

The guidance issued from the IRS caught even some of the closest followers of tax law off guard because it seemed to come out of the blue when Treasury’s work seemed focused almost exclusively on the bailout.

“It was a shock to most of the tax law community. It was one of those things where it pops up on your screen and your jaw drops,” said Candace A. Ridgway, a partner at Jones Day, a law firm that represents banks that could benefit from the notice. “I’ve been in tax law for 20 years, and I’ve never seen anything like this.”

More than a dozen tax lawyers interviewed for this story — including several representing banks that stand to reap billions from the change — said the Treasury had no authority to issue the notice.

Several other tax lawyers, all of whom represent banks, said the change was legal. Like DeSouza, they said the legal authority came from Section 382 itself, which says the secretary can write regulations to “carry out the purposes of this section.”

Section 382 of the tax code was created by Congress in 1986 to end what it considered an abuse of the tax system: companies sheltering their profits from taxation by acquiring shell companies whose only real value was the losses on their books. The firms would then use the acquired company’s losses to offset their gains and avoid paying taxes.

Lawmakers decried the tax shelters as a scam and created a formula to strictly limit the use of those purchased losses for tax purposes.

But from the beginning, some conservative economists and Republican administration officials criticized the new law as unwieldy and unnecessary meddling by the government in the business world.

“This has never been a good economic policy,” said Kenneth W. Gideon, an assistant Treasury secretary for tax policy under President George H.W. Bush and now a partner at Skadden, Arps, Slate, Meagher & Flom, a law firm that represents banks.

The opposition to Section 382 is part of a broader ideological battle over how the tax code deals with a company’s losses. Some conservative economists argue that not only should a firm be able to use losses to offset gains, but that in a year when a company only loses money, it should be entitled to a cash refund from the government.

During the current Bush administration, senior officials considered ways to implement some version of the policy. A Treasury paper in December 2007 — issued under the names of Eric Solomon, the top tax policy official in the department, and his deputy, Robert Carroll — criticized limits on the use of losses and suggested that they be relaxed. A logical extension of that argument would be an overhaul of 382, according to Carroll, who left his position as deputy assistant secretary in the Treasury’s office of tax policy earlier this year.

Yet lobbyists trying to modify the obscure section found that they could get no traction in Congress or with the Treasury.

“It’s really been the third rail of tax policy to touch 382,” said Kevin A. Hassett, director of economic policy studies at the American Enterprise Institute.

As turmoil swept financial markets, banking officials stepped up their efforts to change the law.

Senior executives from the banking industry told top Treasury officials at the beginning of the year that Section 382 was bad for businesses because it was preventing mergers, according to Scott E. Talbott, senior vice president for the Financial Services Roundtable, which lobbies for some of the country’s largest financial institutions. He declined to identify the executives and said the discussions were not a concerted lobbying effort. Lobbyists for the biotechnology industry also raised concerns about the provision at an April meeting with Solomon, the assistant secretary for tax policy, according to talking points prepared for the session.

DeSouza, the Treasury spokesman, said department officials in August began internal discussions about the tax change. “We received absolutely no requests from any bank or financial institution to do this,” he said.

Although the department’s action was prompted by spreading troubles in the financial markets, Carroll said, it was consistent with what the Treasury had deemed in the December report to be good tax policy.

The notice was released on a momentous day in the banking industry. It not only came 24 hours after the House of Representatives initially defeated the bailout bill, but also one day after Wachovia agreed to be acquired by Citigroup in a government-brokered deal.

The Treasury notice suddenly made it much more attractive to acquire distressed banks, and Wells Fargo, which had been an earlier suitor for Wachovia, made a new and ultimately successful play to take it over.

The Jones Day law firm said the tax change, which some analysts soon dubbed “the Wells Fargo Ruling,” could be worth about $25 billion for Wells Fargo. Wells Fargo declined to comment for this article.