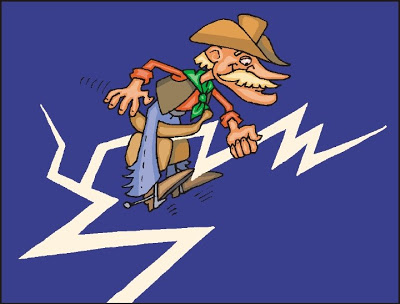 Texas through the looking glass:
Chamber of Commerce fluff

Here’s a dandy bit of fabricated economic good news from National Review. It is classic Republican POV, and the worst they call dear leader, Gov. Rick Perry, is “a classic conservative hard case who just vetoed a pre-kindergarten spending bill.”

This “through the looking glass” reasoning is Chamber of Commerce fluff extolling a Texas with no mention of barrios, death row stats, incredible property taxes and soaring power bills just to note a few obvious omissions. High-rung GOP Leader, Mississippi Governor, Haley Barbour is barely making it even with his state’s “punitive income tax system” and even with Toyota and Nissan plants operating in Mississippi the state is in dire shape financially.

Barbour’s Republican conservative state leadership has made the poor poorer, kept uneducated still uneducated, while he and his white male cronies remain firmly in control playing to the state’s deluded conservative base. Meanwhile Barbour’s Washington Lobbying Firm is raking in the moolah.

If you want to know where the future is headed, look where the people are going. And if you want to know where the people are going, check with U-Haul. Here’s an interesting indicator, first noted by the legendary economist Arthur Laffer: Renting a 26-foot U-Haul truck to go from Austin to San Francisco this July would cost you about $900. Renting the same truck to go from San Francisco to Austin? About $3,000. In the great balance of supply and demand, California has a large supply of people who are demanding to move to Texas. There’s a reason for this.

“Did the greater prosperity in low-tax states happen by chance?” asks Laffer, who studied the issue for a detailed economic report, Rich States, Poor States. “What seems obvious to us appears as right-wing science fiction to many California legislators and pundits. They claim that serious reform of the tax code is unrealistic, that a large state has many duties to fulfill, and that it is irresponsible to call for a return to a 19th century view of the role of government… Not only does Texas lack a highly progressive income tax — it doesn’t have one at all!

“We hasten to add that the last time we checked, Texas still had literate kids, navigable roads and functioning hospitals, which one would think impossible given the hysterical rhetoric coming from defenders of California’s punitive tax system. In fact, the Texas success story illustrates everything we have been recommending for California all these years. How do they do that?”

Texas was among the last states to enter the recession. California is expected to be the last state to leave it. Texas has lots of jobs and not much in the way of taxes. California, the other way around. California has Arnold Schwarzenegger, a Hollywood Republican who presided over enormous expansions of spending and debt. Texas has Rick Perry, a classic conservative hard case who just vetoed a pre-kindergarten spending bill, adding to the record number of vetoes he’s handed down as governor. And it’s not just Perry — the story of Texas politics is full of Democrats who would have been too right-wing to be elected as Republicans in Connecticut or Pennsylvania. Things are a little different down south of the Red River.

Governor Perry sums up the Texas model in five words: “Don’t spend all the money.” Here’s what a good long run of small-government, low-tax conservatism has achieved in Texas: Once a largely agricultural state, Texas today is home to 6 of the 25 largest cities in the country, more than any other state. Texas has a trillion-dollar economy that would make it the 15th-largest national economy in the world if it were, as some of its more spirited partisans sometimes idly suggest it should be, an independent country.

By one estimate, 70 percent of the new jobs that were created in the United States in 2008 were created in Texas. Texas is home to America’s highest-volume port, the largest medical center in the world, and the headquarters of more Fortune 500 companies than any other state, having surpassed New York in 2008. While the Rust Belt mourns the loss of manufacturing jobs, Texans are building Bell helicopters and Lockheed Martin airplanes, Dell computers and TI semiconductors. Always keeping an eye on California, Texans have started bottling wine and making movies. And there’s still an automobile industry in America, but it’s not headquartered in Detroit: A couple thousand Texans are employed building Toyotas, and none of them is a UAW member.