New Math from the Sec’y of Defense 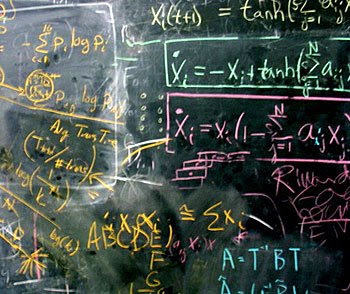 MEXICO CITY — The U.S. Navy has temporarily added a second aircraft carrier in the Gulf as a “reminder” to Iran, but this was not an escalation of American forces in the region, U.S. Defense Secretary Robert Gates said on Tuesday.

Speaking to reporters during a trip to Mexico, Gates flatly denied a suggestion that the presence of two U.S. carriers in the Gulf could be a precursor to military action against Tehran.

“This deployment has been planned for a long time,” Gates said. “I don’t think we’ll have two carriers there for a protracted period of time. So I don’t see it as an escalation. I think it could be seen, though, as a reminder.”

He declined to elaborate on his remarks and provided no details about the deployment.

Pentagon spokesman Geoff Morrell said the second carrier arrived in the Gulf on Tuesday to replace one on duty that was expected to depart the region in two days.

U.S. Navy officials were not immediately available for comment.

News of the second carrier came amid simmering tension between the United States and Iran that has fed speculation about a possible U.S. military strike.

Navy Adm. Mike Mullen, chairman of the U.S. Joint Chiefs of Staff, said last week that the Pentagon had military options it could consider against Tehran but stressed that the United States would continue to rely on diplomatic and economic methods to address its concerns.

Iran and the United States have repeatedly clashed over U.S. claims that Tehran is pursuing nuclear arms and aiding Shi’ite militants in Iraq who have recently stepped up attacks on U.S.-led coalition forces.

Tehran maintains it is pursuing a civilian nuclear energy program and blames violence in Iraq on the presence of about 160,000 U.S. forces.

There have also been confrontations between U.S. ships and small boats in the region, including vessels the Pentagon has described as Iranian craft.

Last week, a cargo ship hired by the U.S. military fired warning shots in the Gulf at two unidentified boats that approached the U.S. vessel while ignoring radio communications and a warning flare. The boats left the area after what the Navy described as “a few bursts” of machine gun fire.

This entry was posted in RagBlog and tagged Iran, Middle East, Military. Bookmark the permalink.