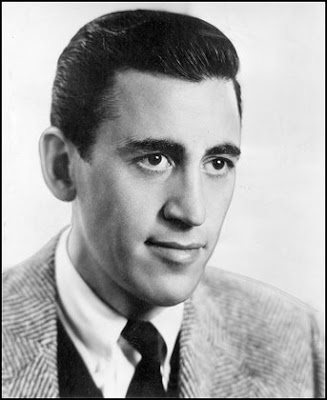 On Thursday, J. D. Salinger turns 90. There probably won’t be a party, or if there is we’ll never know. For more than 50 years Mr. Salinger has lived in seclusion in the small town of Cornish, N.H. For a while it used to be a journalistic sport for newspapers and magazines to send reporters up to Cornish in hopes of a sighting, or at least a quotation from a garrulous local, but Mr. Salinger hasn’t been photographed in decades now and the neighbors have all clammed up. He’s been so secretive he makes Thomas Pynchon seem like a gadabout

Mr. Salinger’s disappearing act has succeeded so well, in fact, that it may be hard for readers who aren’t middle-aged to appreciate what a sensation he once caused. With its very first sentence, his novel “The Catcher in the Rye,” which came out in 1951, introduced a brand-new voice in American writing, and it quickly became a cult book, a rite of passage for the brainy and disaffected. “Nine Stories,” published two years later, made Mr. Salinger a darling of the critics as well, for the way it dismantled the traditional architecture of the short story and replaced it with one in which a story could turn on a tiny shift of mood or tone.

In the 1960s, though, when he was at the peak of his fame, Mr. Salinger went silent. “Franny and Zooey,” a collection of two long stories about the fictional Glass family, came out in 1961; two more long stories about the Glasses, “Raise High the Roof Beam, Carpenters” and “Seymour: An Introduction,” appeared together in book form in 1963. The last work of Mr. Salinger’s to appear in print was “Hapworth 16, 1924,” a short story that took up most of the June 19, 1965, issue of The New Yorker. In the ’70s he stopped giving interviews, and in the late ’80s he went all the way to the Supreme Court to block the British critic Ian Hamilton from quoting his letters in a biography.

So what has Mr. Salinger been doing for the last 40 years? The question obsesses Salingerologists, of whom there are still a great many, and there are all kinds of theories. He hasn’t written a word. Or he writes all the time and, like Gogol at the end of his life, burns the manuscripts. Or he has volumes and volumes just waiting to be published posthumously.

Joyce Maynard, who lived with Mr. Salinger in the early ’70s, wrote in a 1998 memoir that she had seen shelves of notebooks devoted to the Glass family and believed there were at least two new novels locked away in a safe.

“Hapworth,” which has never been published in book form, may be our only clue to what Mr. Salinger is thinking, and it’s unlike anything else he has written. The story used to be available only in samizdat — photocopies of photocopies passed along from hand to hand and becoming blurrier with each recopying — though it has become somewhat more accessible since the 2005 DVD edition of “The Complete New Yorker.” In 1997 Mr. Salinger agreed to let Orchises Press, a small publisher in Alexandria, Va., bring out a hardcover edition, but five years later he backed out of the deal.

Ever since, Salinger fans have been poring over the text, looking for hidden meaning. Did the author’s temporary willingness to reissue “Hapworth” indicate a throat-clearing, a warming up of the famously silent machinery? Or was it instead an act of closure, a final binding-up of the Glass family saga — one that, coming last but also at the chronological beginning, brings the whole enterprise full circle?

“Hapworth,” to summarize the unsummarizable, is a letter — or rather a transcription of a letter — 25,000 words, written in haste, by the 7-year old Seymour Glass, away at summer camp, to his parents, the long-suffering ex-vaudevillians Les and Bessie, and his siblings Walt, Waker and Boo Boo, back in New York.

Seymour, we learn, is already reading several languages and lusting after Mrs. Happy, the young wife of the camp owner. He condescends to his campmates and dispenses advice to the various members of the family: Les should be careful about his accent when singing, Boo Boo needs to practice her handwriting, Walt his manners, and so on.

The letter concludes with an extraordinary annotated list of books Seymour would like sent to him — a lifetime of reading for most people, but in his case merely the books he needs to get through the next six weeks: “Any unbigoted or bigoted books on God or merely religion, as written by persons whose last names begin with any letter after H; to stay on the safe side, please include H itself, though I think I have mostly exhausted it. … The complete works again of Count Leo Tolstoy. … Charles Dickens, either in blessed entirety or in any touching shape or form. My God, I salute you, Charles Dickens!” And so on, all the way through Proust — in French, naturally — Goethe, and Porter Smith’s “Chinese Materia Medica.”

“Hapworth,” in short, must be the longest, most pretentious (and least plausible) letter from camp ever written. But though it’s the work of a prodigy, it’s also, like all camp letters, a homesick cry for attention.

Its author is the same Seymour who, while on his honeymoon in Florida years later (but — it gets confusing — 17 years earlier in real time, in the 1948 short story “A Perfect Day for Bananafish”), will take an automatic pistol from the bottom of his suitcase and shoot himself through the temple as his bride lies napping in the twin bed next to him. And the same Seymour — the family saint, poet and mystic — whom we’ve heard about at such length in the later Glass stories.

Or is he the same? The Seymour of “Bananafish,” and “Raise High the Roof Beam,” is more a sweetly charming neurotic than the ethereal, otherworldly figure described in “Seymour: An Introduction,” who in turn seems not in the least like the superior, boastful little genius of “Hapworth.” The discrepancies among the various versions of Seymour is such that some critics have questioned the motives and reliability of Buddy, Seymour’s younger brother and the family scribe, who is our source for much of what we know (and also the transcriber of the “Hapworth” letter).

But that kind of tricky, Nabokovian reading feels forced in this case. Mr. Salinger seems less interested in keeping the details straight than in getting them right and offering some explanation, or justification perhaps, for that moment, still startling even after many rereadings, when Seymour blows his brains out. It’s as if Mr. Salinger realized, belatedly, that he had prematurely killed his best character and wanted to make it up to him.

And at some point, it seems fair to say, he fell in love with this project — not just with Seymour but with the whole clan. Who can blame him? The Glasses are one of the liveliest, funniest, most fully realized families in all of fiction. The trouble is that like a lot of families, they occasionally take themselves too seriously and presume to lecture the rest of the world. In the early ’60s, as a certain amount of sentimental and half-baked mysticism began to be spouted by some of the younger Glasses, the critics quickly turned on Mr. Salinger, and “Hapworth” was grumpily dismissed.

What makes “Hapworth” so fascinating, though, is that it’s the only work of Mr. Salinger’s in which the voice is not secure, as the young Seymour fidgets first with one tone and then with another — by turns earnest, anxious, playful and sarcastic. In effect he’s always revising himself. He worries about his spirituality and then skewers his fellow campers. He wants to be like Jesus, and he wants to sleep with Mrs. Happy. He yearns to be left alone, and is desperate to be noticed. He wants to be a saint, and even if he can’t quite admit it yet, he wants to be a great author. Intentionally or not, he seems like a projection of his creator.

In general what has dated most in Mr. Salinger’s writing is not the prose — much of the dialogue, in the stories especially and in the second half of “Franny and Zooey,” still seems brilliant and fresh — but the ideas. Mr. Salinger’s fixation on the difference between “phoniness,” as Holden Caulfield would put it, and authenticity now has a twilight, ’50s feeling about it. It’s no longer news, and probably never was.

This is the theme, though, that comes increasingly to dominate the Glass chronicles: the unsolvable problem of ego and self-consciousness, of how to lead a spiritual life in a vulgar, material society. The very thing that makes the Glasses, and Seymour especially, so appealing to Mr. Salinger — that they’re too sensitive and exceptional for this world — is also what came to make them irritating to so many readers.

Another way to pose the Glass problem is: How do you make art for an audience, or a critical establishment, too crass to understand it? This is the issue that caused Seymour to give up, presumably, and one is tempted to say it’s what soured Mr. Salinger on wanting to see anything else in print.

Sadly, though, Mr. Salinger’s spiritual side is his least convincing. His gift is less for profundity than for observation, for listening and for comedy. Except perhaps for Mark Twain, no other American writer has registered with such precision the humor — and the pathos — of false sophistication and the vital banality of big-city pretension.

For all his reclusiveness, moreover, Mr. Salinger has none of the sage’s self-effacement; his manner is a big and showy one, given to tours-de-force and to large emotional gestures. In spite of his best efforts to silence himself or become a seer, he remains an original and influential stylist — the kind of writer the mature Seymour (but not necessarily the precocious 7-year-old) would probably deplore.