Now, We Seem to Have Lost the Dots 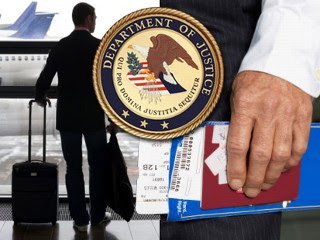 The government’s main terrorist-watch-list system is hobbled by technology challenges, and the $500 million program designed to upgrade it is on the verge of collapse, according to a preliminary congressional investigation.

The database, which includes an estimated 400,000 people and as many as 1 million names, has been criticized for flagging ordinary Americans. Now, the congressional report finds that the system has problems identifying true potential terrorists, as well.

Among the flaws in the database, which was quickly built by Lockheed Martin Corp. in the wake of the Sept. 11, 2001, terrorist attacks, is its inability to do key-word searches. Instead, an analyst needs to rely on an indexing system to query the database, according to congressional investigators who learned of the issues from a whistleblower. Lockheed spokesman Tom Jurkowsky said he could not comment on a report he had not read.

Meanwhile, tens of thousands of “potentially vital” messages from the Central Intelligence Agency have not been included in the database, known as the Terrorist Identities Datamart Environment, or TIDE, congressional investigators found.

The system provides data to all federal-government terrorist watch lists, including the “no-fly” list maintained by the Transportation Security Administration and the Terrorist Screening Center, a clearinghouse for federal, state and local officials.

Thursday, lawmakers called on the inspector general who oversees the office of Director of National Intelligence Mike McConnell to investigate the problems. The database “may have left us less able to connect the dots than we were before,” Rep. Brad Miller (D., N.C.) said in an interview. “Now, we seem to have lost the dots.” The database’s search engine, he added, “is blindfolded.”

Rep. Miller, chairman of the House Science and Technology subcommittee that conducted the investigation, wrote to Inspector General Edward Maguire on Wednesday to ask him to look into the programs. The current system “has been crippled by technical flaws” and the system designed to replace it, dubbed Railhead, “if actually deployed, will leave our country more vulnerable than the existing yet flawed system today,” Rep. Miller wrote.

Mr. McConnell’s spokesman, Ross Feinstein, said his office has not seen the letter and would not comment. Lawmakers did not discuss their findings with Mr. McConnell or his staff prior to requesting the inspector-general investigation.

When tested, the new system failed to find matches for terrorist-suspect names that were spelled slightly different from the name entered into the system, a common challenge when translating names from Arabic to English. It also could not perform basic searches of multiple words connected with terms such as “and” and “or.”

Because the format of the data in the current database is “complex, undocumented, and brittle,” some significant data will be lost when the system is replaced by Railhead, according to the congressional report. For example, scraps of information such as phone and credit-card numbers found when law-enforcement and intelligence officials empty a suspect’s pocket, often called “pocket litter,” will not be moved to the new system.

Railhead was supposed to be completed by year’s end but has been delayed. Nearly half of the 72 so-called “action items” for the program were delayed as of June, congressional investigators found.

In recent weeks, the government has fired most of the 862 private contractors from dozens of companies working on the Railhead project, and only a skeleton crew remains, one congressional aide said. The two leading contractors on the program are Boeing Co. and SRI International. Calls to officials of Boeing and SRI were not immediately returned.

The congressional aide said the subcommittee found evidence of warring between the two contractors, which significantly hampered progress.

August Cole contributed to this article. Write to Siobhan Gorman at siobhan.gorman@wsj.com.

This entry was posted in RagBlog and tagged FBI, Homeland Security, War on Terror. Bookmark the permalink.

1 Response to Now, We Seem to Have Lost the Dots