Obama, and Our Sixties Dreams of Peace 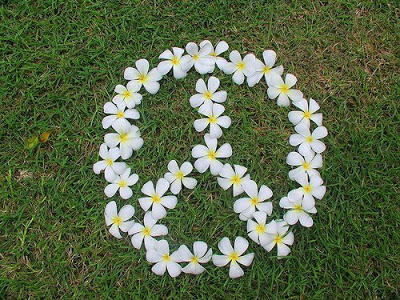 ‘While we will never realize the utopian dreams of our youth, the imminent election of Barack Obama is likely to serve as a catalyst that will lead to an impressive series of reforms…’
By Ken Brociner / November 2, 2008

I have been doing a lot of soul searching as this momentous election has drawn closer. Of all the hopes and fears that have passed through my mind, one of the most powerful has been the sense that that the clock is winding down for my generation — the “‘60s generation.”

By the time you reach late middle age, facing your own mortality is nothing new. But what has been gnawing at me in recent months is how loudly the clock is now ticking for my generation in a political sense.

I’ve long since let go of my youthful dreams of creating a world of peace, love and harmony based on social and political egalitarianism. Like many people who came of age in the 1960s or early 1970s, I now understand I once believed in the unattainable—a completely unrealistic variant of utopianism.

For some of us, this wildly romantic vision of the future came from reading Marx or Marcuse. For others, it came while marching and chanting in unison with hundreds of thousands of our contemporaries in the national movements to achieve civil rights for all Americans or to end the slaughter in Vietnam.

Since that time, the seemingly never-ending cycle of cruelties, crimes and tragedies in the United States and elsewhere has sadly convinced me that human nature is just too much of a mixed picture to provide the building blocks for the kind of a world that so many from my generation once thought was possible. Nonetheless, I still absolutely believe that if enough people work together, we can make the world a far better place than it is today.

But will my generation live to see the day when America at least comes close to living up to its great promise? Will we live long enough to see the day that social justice—in the United States and the rest of the world—becomes more the norm rather than the exception it is today?

Yes, the clock is winding down on the “‘60s generation.” But it hasn’t run out yet. While we will never realize the utopian dreams of our youth, the imminent election of Barack Obama is likely to serve as a catalyst that will lead to an impressive series of reforms during the next (hopefully) eight years – and beyond.

With Obama in the White House and the Democrats firmly in control of the Congress, the United States can become a key part of the solution to the global warming crisis – rather than the major obstacle it has been these last eight years.

As president, Obama will finally begin the process of ending U.S. involvement in Iraq, while placing a much greater emphasis on multilateral diplomacy than the Bush administration ever did.

On the issue of world poverty, Obama has pledged to help lead the struggle to achieve the UN’s Millennium Development Goal of ending extreme poverty by the year 2015.

On the economic front, Obama seems quite serious about placing meaningful regulations on Wall Street in order to help get us out of the current mess as and prevent similar meltdowns in the future. And his stress on revitalizing the economy by creating millions of good-paying new jobs while converting the U.S. to an environmentally sustainable society is a breath of fresh air after eight years of being ripped off by the oil industry and their pals in the Bush administration.

Obama is also strongly committed to enacting universal health care as well as to passing the labor-backed Employee Free Choice Act. The E.F.C.A. would provide important new protections for workers who might otherwise be fired for organizing, while also facilitating the formation of local unions. As the labor movement continually points out, the single most important factor in determining whether or not a worker is being paid a living wage is whether or not they belong to a labor union.

But in a curious and ironic way, these last few days of the presidential campaign have also served to highlight the limits of what we can expect from an Obama presidency. Obama’s off-hand remark to the now legendary “Joe the Plumber” about the need to “spread the wealth around” was music to the ears of every progressive and fair-minded person in the country. Or at least it should have been.

However, the Obama campaign’s explanation of what the senator meant by that comment makes it clear that he is only talking about an extremely mild form of economic redistribution.

And this is where we come in. In a world of such obscene wealth, misery and inequality, the progressive movement needs to support Obama’s agenda against the resistance it will face from big business and their allies in the Republican Party. At the same time, we need to push him to take bolder steps to tackle economic injustice than his program now calls for.

But we also need to significantly expand the reach of the progressive movement so that in 2016, we can help elect a president who really might be what the McCain campaign has falsely charged Obama of being – “the Redistributionist in Chief.”

While the sixties generation will never see “the revolution” that so many of us once felt was practically around the corner, Americans of all generations are about to enter an era that almost no one thought possible just a few short years ago.

It’s now up to all of us to make the most of this historic opportunity–both between now and Election Night, and then in the weeks, months and years that lie ahead.