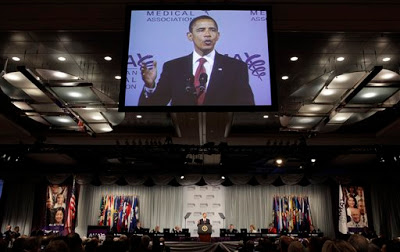 In some way the message must get through to the Senate Democratic leadership that they were elected to represent THE PEOPLE and were not brought to Washington to be prostituted to various amoral monied interests.

Webster’s Universal College Dictionary defines “prostitute” in various ways; however, the most telling is: “A person who willingly uses his or her talent or ability in a base and unworthy way, usu.for money.”

Enter the United States Senate. The latest reports from The Center for Responsive Politics as reported by The Lee Newspapers State Bureau showed that the campaign of Sen. Max Baucus and his Glacier PAC, which raises money and distributes it to other candidates, received 23% of their $14.8 million from health care and insurance interests. The $3.4 million from these sectors includes $853,000 from pharmaceutical and health products; 851,000 from health professionals; $467,000 from hospitals and nursing homes; $466,000 from health-service and HMO interests; and $784,000 from insurance. This is the Senator leads the way in the Senate concerning health care reform This is the Senator who had proponents of single payer, universal care arrested in handcuffs when they attempted to speak at his hearings.

Senator Baucus is not alone in his complicity with the insurance industry. He is joined by six or seven other turncoat Democratic Senators who are beholden to the monied interests in the insurance, pharmaceutical and health care industries. These were the same insurance companies whose executives testified before Congress, as reported in The L.A. Times, and when asked if they’ll stop dropping customers except where they can show “intentional fraud.” All said “No.”

Executives of three of the nation’s largest health insurers told lawmakers in Washington this past Tuesday that they would continue canceling medical coverage for some sick policyholders, despite withering criticism from Republican and Democratic members of Congress who decided the practices as unfair and abusive.

An investigation by the House Subcommittee on Oversight and Investigations showed that health insurers WellPoint Inc., UnitedHealth Group and Assurant, Inc. cancelled the coverage of more than 20,000 people, allowing the companies to avoid paying more than $300 million in medical claims over a five-year period.

It also found that policyholders with breast cancer, lymphoma and more than 1,000 other conditions were targeted for recission and that employees were praised in performance reviews for terminating the policies of customers with expensive illnesses.

Thus we can easily understand the public’s responses in a Harris Health Care poll in January, 2009, which showed the following results. When asked, “How much do you trust each of the following to do the right thing for the health care of those whom they have a responsibility for?” Answers were broken down into several categories: A Lot; Some; Not Much; Not At All; Not Sure.

Another category of questions : “And how much do you trust each of the following to do the right thing FOR YOU and your health care?” Those responding “a Lot”. Your doctor or doctors 63%; Nurses who treat you 60%; Your dentist 58%; The pharmacy or pharmacies you use 50%; The last hospital you visited 47%; The prescription drugs you take 44% ; Your employer 16%; Your health insurance company 15%; Your managed care company 9%..

In some way the message must get through to the Senate Democratic leadership that they were elected to represent THE PEOPLE and were not brought to Washington to be prostituted to various amoral monied interests.

Happily, The House of Representatives has provided us with a discussion draft of a program that provides affordable health care for all Americans and controls health care cost growth. This was made available on June 19, 2009. Thus, we have here a small step in the correct direction.

There is little or no hope for “bipartisanship.” It’s either a pipe dream or a cop-out. The Republicans continue to reduce the discussion to absurdity, still claiming that single-payer or public option will lead to “government rationing” of health coverage. As Dan Lipsher points out in the Summit Daily, “Guess what: Private insurance companies already ration health care, but instead of the law determining what to cover and how much to pay, it’s an insurance company making these decisions. Rather than being motivated by what’s best for the patient, these insurance company employees are compensated on the basis of how much money they can save their employers/stockholders.” Ever wonder why “usual and customary” coverage is never enough to pay your full medical or dental bill? That’s because treatment cannot realistically be found at the price the insurance company arbitrarily sets.

A government plan, on the other hand, can be required by law to pay 100% of the cost of necessary treatment. No more aftercare bills for hundreds or thousands of dollars because the cost of a CAT scan or chemo session exceeded the “usual and customary” allowance authorized by a nameless, faceless middle manager at Aetna or Blue Cross/Blue Shield. A government plan can also set maximum charges for treatments, reducing or eliminating overcharges by hospitals and other providers looking to maximize profits and making patients pay for months or years to satisfy their hospital bills — and reducing personal bankruptcies by a significant percentage as well.

Republicans claim that private insurance companies will not be able to compete with a government-sponsored health plan. Yet private insurance profits are so excessive that they have agreed to voluntarily cut costs by $2 trillion over 10 years — that’s $200 billion a year. In other words, private insurers have been gouging businesses and consumers to the tune of $667 per person per year. We hear a lot about “letting the market dictate price,” but clearly the fix is in when it comes to insurance premiums, deductibles, and pay-outs.

Where is the White House in all of this discussion? President Obama seems to have held his own in his speech to the AMA; however, the President, like much of the public, appeared to have only a vague idea of the nature of the AMA. The AMA is not and never has been an organization representative of American physicians. The AMA membership probably represents 30% of the physicians in the United States, and possibly one half of those are retired. The AMA is basically a marketing organization, largely sponsored by the insurance and pharmaceutical industries. It has no disciplinary function. The educational function is limited — most doctors keep abreast of their ongoing education through their speciality societies and journals.

The AMA traditionally has represented right wing politicians and opposed social change, i.e. Social Security and Medicare. It has imbued in the practicing physician the thought that high malpractice premiums are solely the fault of the “trial lawyers,” disregarding the fact that the doctor’s own negligence, lack of caring, and failure to communicate with the patient or other attending physicians are indeed part of the problem. Further, when the malpractice insurance companies are losing in their investment portfolios they increase premiums, to maintain profits, and blame the increase on the trial lawyers.

Time becomes of the essence; hence, the President must speak out to the Senate, as he did to the Congress on the recent War Appropriations bill. He must schedule an address to the American people where he unequivocally fulfills his campaign promises to provide decent health care, as is available in the majority of the free world. I would think that President Obama is as ashamed as I am of seeing the United States ranked #32 worldwide in health care delivery, a notch above Slovenia. Obama must make his own decision and not accept the council of the duplicitous Rahm Emanuel.

One admires the President’s insight and knowledge in taking a reasonable, sensible, and enlightened stand as regards the present civil conflict in Iran; one trusts that he will show like courage in facing down the Senate regarding health care and, if necessary, request the Senate to enact the “nuclear option” to bypass the Republican obstructionism and the Democratic acceptance of health insurance industry bribery

I had hoped to further address the legalization of cannabis; however, space is limited. I would suggest that anyone interested in the subject, as well as in the “war on drugs” obtain the July-August issue of Mother Jones, as much of the magazine is devoted to those topics, including an excellent historical review.