Obama Presidency : One Term if by War, Two if by Peace 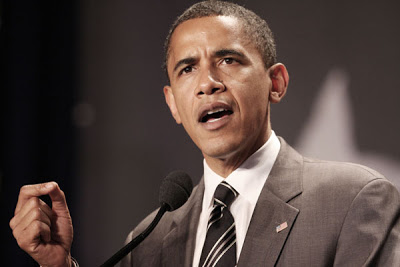 Barack Obama and the Afghanistan decision:
One (term) if by war, two if by peace

As the world awaits Barack Obama’s decision on Afghanistan, a lethal myth has spread. It says that standing up to the military will doom him to be a single-term president.

The “one if by peace” myth comes most recently from Garry Wills in the New York Review of Books. Wills mourns that Obama would commit political suicide by pulling out of both Iraq and Afghanistan because “the charges from various quarters would be toxic — that he was weak, unpatriotic, sacrificing the sacrifices that have been made, betraying our dead, throwing away all former investments in lives and treasure.”

Against all that, says Wills, “he could have little defense in the quarters where such charges would originate.”

Coming from an astute observer like Wills, this is a stunning analysis — and dead wrong.

In fact, the only way Obama can begin to think about getting reelected is to leave the Afghan quagmire and do the same from Iraq.

The key phrase here is “the quarters where such charges would originate.”

The battle cries originate with the military which, as Will Rogers once put it, “never saw a war it didn’t like.” General Stanley McChrystal and Defense Secretary Robert Gates have spearheaded an unsavory, unethical media assault to force a quick escalation.

Their core support comes from the Rogue/Rouge Right now shattering the Republican Party. This media-based Palin paramilitary has just driven the GOP to defeat in a New York Congressional district, Republican for more than a century. It’s now assaulting Charlie Crist, the very popular moderate Governor of Florida, and others like him. Any Republican caught whispering that Obama is other than a baby-killing Muslim gay terrorist is being condemned in ways not seen since Salem, 1692.

This might seem good for the Democrats. But Obama can blow it all by escalating in Afghanistan. His core support — a substantial majority of Democrats, and any number of moderate Republicans — wants out. The California Democrats have formalized the message.

National health care and climate change remain hugely important. They are divisive and difficult. And there will be no meaningful progress on either without a drawdown on our overseas adventurism and the larger military budget.

Thus Afghanistan towers above all. The decline of the Democratic Party and the U.S. as a whole dates directly to March, 1965, when Lyndon Johnson escalated the war in Vietnam. The ensuing decade of futility overflowed with agonized analysis and absurd apologia.

In the end, all the U.S. could do was spend, destroy, kill, die and flee.

So, too, Afghanistan. Be the motive geopolitical, anti-terrorist, petrochemical, feminist, humanitarian, or just plain not wanting to “lose,” American bombs from the air and boots on the ground will simply dissolve and disappear in an ocean of shifting sands and ancient enmities.

Whatever his admirers fear might be said about Obama “losing” this hopeless sinkhole will be screamed anyway by the Rogue/Rouge Right, no matter what he does. In their eyes, all ensuing terror attacks, economic downturns, human frailties, stubs of the toe and twists of inscrutable fate will be Barack Obama’s fault, no matter what or why.

Standing down in Afghanistan and Iraq would be truly historic. It could end the epoch — dating to 1492 — when Europe continually marched throughout the Third World. More narrowly, it would acknowledge, at last, America’s inability to shape every corner of the Earth to its overbearing whim.

Perhaps it would finally curb this nation’s addiction to squandering blood and treasure on these absurd, hopeless and ultimately suicidal military excursions.

For Obama and 2012, it might make the dream of meaningful health and energy reform financially feasible. It could prevent the liberal base in this country from shattering, as it did in 1968, opening the door to Nixon, Reagan, Bush and Bush… and now to the likes of Limbaugh, Beck, Palin, and Dobbs.

Few things are guaranteed in politics. But one certainty is that an escalation in Afghanistan will again poison the Democratic Party and leave Barack Obama an empty political husk. The brilliant, good-hearted Garry Wills begs Obama to do the right thing for the sake of morality and sanity.

But if Obama has any hope of guiding a coherent administration for the rest of this term, or of winning a second one, he has no choice. The Graveyard of Great Powers awaits yet another misguided imperial attacker.

Let’s hope, pray, work and fight to make sure that this time, we step aside.

[Harvey Wasserman’s History of the United States is at www.harveywasserman.com, as is Solartopia! Our Green-Powered Earth. He is senior editor of www.freepress.org, where this article also appears.]

4 Responses to Obama Presidency : One Term if by War, Two if by Peace