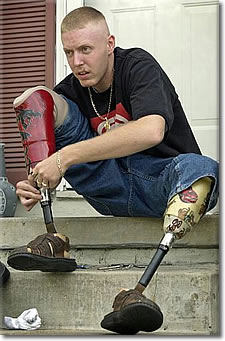 (Nov. 3) — An ABC News undercover investigation showed Army recruiters telling students that the war in Iraq was over, in an effort to get them to enlist.

“Nobody is going over to Iraq anymore?” one student asks a recruiter.

“No, we’re bringing people back,” he replies.

“We’re not at war. War ended a long time ago,” another recruiter says.

One Colorado student taped a recruiting session posing as a drug-addicted dropout.

“You mean I’m not going to get in trouble?” the student asked.

The recruiters told him no, and helped him cheat to sign up.

During the ABC News sessions, some recruiters told our students if they enlisted, there would be little chance they’d to go Iraq.