Osteoporosis : Drugs and Your Heart 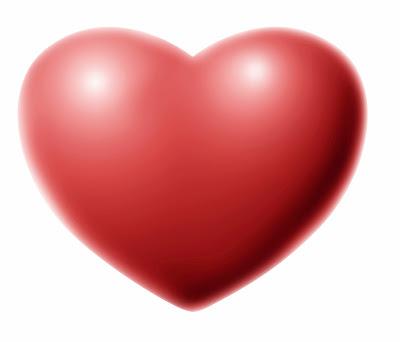 Have a Heart: Be Wary of toxic pharmaceuticals
By Janet Gilles / May 6, 2008 / The Rag Blog

Noting the lastest revelation about an osteoporosis treatment being linked to a heart condition (see article below), it’s looking to me more and more like nutrients ought to be attempted before committing to pharmaceuticals.

Since by definition, pharmaceuticals are toxic, it’s only a matter of time before the side effects become known.

It has long been known that certain toxic substances could “cure” certain diseases. Laws were passed requiring that these pharmaceuticals be proven effective before they could be used, and only with the supervision of a trained professional.

All well and good.

However, now we have a governmental authority saying certain toxic substances may be used by physicians as cures, and no claims may be made for other substances which also might cure the disease, only they are non- toxic.

We just don’t know in every case just what those consequences will be.

Women who take a popular drug for osteoporosis appear to be at increased risk of atrial fibrillation, the most common heart rhythm disturbance that increases the risk of stroke.

“Women who had used it at any point in the past were at a nearly twofold higher risk,” says Dr. Susan Heckbert, lead author of the study published this week in Archives of Internal Medicine.

It’s the second drug in its class to be linked with unexpected effects on the hearts: A study last year reported a higher risk of atrial fibrillation (or AF) in women who received zoledronic acid, or Re-clast, another bisphosphonate.

About one in 100 people have atrial fibrillation, where the top two chambers of the heart, the atria, quiver and beat rapidly instead of rhythmically. Blood can accumulate in the atria, forming a clot.

“Occasionally, a small piece of clot will break off and travel to the brain which can result in a stroke,” says Heckbert, professor of epidemiology and scientific investigator at the cardiovascular health research unit at the University of Washington in Seattle.

“The most devastating complication of atrial fibrillation is stroke.”

It also causes symptoms such as rapid heart rate, palpitations in the chest and shortness of breath.

More than three million prescriptions for alendronate were dispensed from retail drug stores in Canada in the 12 months ending Nov. 30, 2007, according to pharmaceutical intelligence firm IMSHealth Canada.

For most women at high risk for bone fracture, the benefits of alendronate outweigh the possible risk of atrial fibrillation, Heckbert says.

Mahyar Etminan, a scientist with the Centre for Clinical Epidemiology and Evaluation at the University of British Columbia and Vancouver Coastal Health Research Institute, says 12 to 15 high-risk women would need to be treated with a bisphosphonate for five years to prevent one fracture.

“But if you do the same thing to people with no previous fractures who may just have low bone mineral density, the number needed to treat would go to between 20 and 30. So if you treat 30 women, only one benefits, and we don’t know who that is.”

In January, American drug regulators warned of the possibility of “severe and sometimes incapacitating” bone, joint or muscle pain in patients taking bisphosphonates. The same month, Etminan’s team published a study showing the drugs increase the risk of bone necrosis, a rare condition that results from loss of blood supply to the bone. Bone tissue dies and bone collapses.

Heckbert says women who have only a modestly increased risk of fracture, as well as women who have risk factors for atrial fibrillation, such as diabetes and heart failure, need to “carefully weigh the benefits against the possible risks” of AF.

This entry was posted in Rag Bloggers and tagged Health Care, Medicine, Science. Bookmark the permalink.