Our Economic Trainwreck : Trying to Get Back on Track 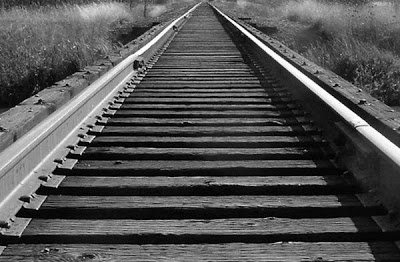 The Wrecked Economy: What has Been Done to Address It
By Sherman DeBrosse / The Rag Blog / December 17, 2008

[This is the second of a three-part series on the economy by The Rag Blog’s Sherman DeBrosse.]

When Secretary of the Treasury Henry Paulson asked for $700 billion in emergency spending authority, he said it was to be spent on bad mortgage-backed securities. His original plan was to buy mortgage-based debt at near par, which probably would not have stopped the slide in values. Then he reversed course and spent very little on these mortgage based securities. The sudden reversal was a signal to insiders that the situation was far worse than most had imagined. They decided to sit on new investments and buy up bargains on the market.

Paulson probably backed off his plan to rescue mortgages because he came to realize there was a great deal more bad debt in the financial sector than anyone had imagined. Treasury started investing heavily in financial houses, insurance companies, and big banks; and it acknowledges having only purchased “a small fraction of the ‘troubled’ assets.” Often there were too few strings attached, and government often did not demand any share in ownership. There were no built-in mechanism to assure that recipient institutions would start lending again. Spreading around all that money did not free-up credit. Some of the rescued institutions used the new money to issue cash dividends, pay bonuses, and buy other banks. Institutions are sitting on the money suspecting potential borrowers—especially other institutions and big borrowers—have more liabilities than can be seen. They also are worried about their own viability.

Now Treasury is holding onto $350,000,000,000 to cover more disasters in the great banking casino Secretary Paulson says the remaining $350 billion from the original package is intended for use by the Obama administration to continue shoring up financial institutions. It is estimated that the financial institutions have at least $2 trillion more of bad debt to deal with.

To deal with the mortgage crisis, the Federal Reserve began purchasing $600 billion in mortgages and securities based on mortgages from Federal Home Loan Banks, Ginnie Mae, Fannie Mae, and Freddie Mac. Remember that the two former institutions had already received massive infusions of cash.

The Fed has also set aside $200 billion to cover questionable credit card debt, auto loans, and student loans. In addition, the Fed started in October to assist money market funds by buying up private business loans and certificates of deposits with a fund set at $540 billion. Recently government regulators made available $4 billion to the credit unions.

The beginning of runs on weak banks forced the FDIC to temporarily raise insurance on accounts from $100,000 to $250,000. People with deposits in excess of $250,000 are still making withdrawals, which partly accounts for why banks are reluctant to make loans. The larger reasons is that so many of them are leveraged over 100% due to excessively speculative investment policies.

The FED and Treasury has pumped hundreds of billions into the financial institutions and credit has not eased up and more jobs are being lost. The longer credit is frozen, the more businesses will fail or at least lay off workers. Housing values continue to plummet and foreclosures are increasing. A public perception is that a great deal is being done for Wall Street but too little is being done for Main Street Something new must be tried.

1 Response to Our Economic Trainwreck : Trying to Get Back on Track