Our Future: Way More Killing Than Is Necessary 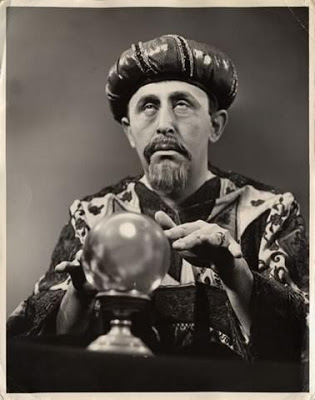 “What Do You See in Your Future?”
The Unnecessary Execution of Jose Ernesto Medellin
By Greg Moses / August 6, 2008

If at 9:59 pm Central Time on Tuesday night you were refreshing your browser to “sort by date” the latest news on “Medellin” as part of your death-watch ritual. And if you clicked to read a somber AP report posted at the Oroville Mercury-Register, you may have seen what I saw: a blank page that only loaded a banner ad at the top, paid for by the United States Army: “What do you see in your future?”

It was some kind of e-haunting that hissed without noise and moved on.

But that lone banner, floating there on nothing but white noise, seemed to make more sense than anything else, because it placed the question of the future in a context of violence as foundation for the United States. If you joined the Army, they’d sock away $40,000 in your behalf to buy a home or start a small business. “After the Army” the American Dream called.

But for any of this to begin to make sense, first there must be some guarantee that the Army makes sense. And for that to make sense, there must be some reason to think that the killing the Army trains you to do will be necessary killing. Which means there has to be something like necessary killing in the first place. And in the second place you have to be quite sure that the killing the Army is put up to these days is of the absolutely necessary kind.

But remember, we got started on this singular meditation during a death watch, by attempting to click into a story to find out if Jose Ernesto Medellin had been killed. And in no way could you come to the conclusion that the killing of Medellin was necessary. He wasn’t going anywhere, especially not on Tuesday night after the Supreme Court had once again split 5 to 4 in their last-minute deliberation. As the Army ad raised the spectre of necessary killing, the Medellin case redoubled the question as universal: “What do you see in your future?”

In the Medellin case, The World Court had twice ruled that the execution should wait for a review. The President of the United States had issued an order that the execution should wait. And the U.S. Supreme Court had twice split 5 to 4 over the question. The death warrant for Medellin would have run out by midnight. The government of Mexico was standing there like an insulted neighbor, having secured both World Court decisions that Mexican citizens in the USA deserve a right to consular assistance. All the Governor of Texas had to say was: “In consideration of our special relation to the people of Mexico, and out of respect for international law, let me take some time to read this evening’s US Supreme Court decision, which was split 5 to 4, and take some time to think about this.”

But Medellin had already been moved into position for the killing. Before it was possible to find out what the Supreme Court had said, the news was out. The Texas Court of Criminal Appeals, the Board of Pardons and Paroles, and the Governor, all invoking the Confederate Principle of State’s Rights — backed by a recent op-ed column at the Houston Chronicle — had proclaimed death. And death was dealt.

Of course, we agree with all the authorities from the World Court on down that the killings for which Medellin was found guilty were altogether gratuitous, horrible, and shocking. Two teenaged girls raped and murdered while walking home through a park. It is difficult to talk about punishments being “cruel and unusual” when crimes like that get done. “Find your strength” says another Army ad. And what strength should we ask the people of the United States to find if not the strength to know, not when killing is strangely satisfying, but when and only when it is necessary.

It’s not at all likely that the killing of a Mexican-born killer in Texas, who had raped and killed teenaged girls, is going to help many people around here to “find their strength” to stop killing. Otherwise the Governor would have stepped in. But the late night killing of Medellin in Texas nevertheless proves that we have not yet learned that what we see in our future is way more killing than necessary.

Greg Moses is editor of the Texas Civil Rights Review and author of Revolution of Conscience: Martin Luther King, Jr. and the Philosophy of Nonviolence. He is a contributor to Red State Rebels: Tales of Grassroots Resistance in the Heartland, to be published by AK Press in June 2008. He can be reached at: gmosesx@gmail.com.