Palin Mixes State With Religion, Adds a Dash of Extremism 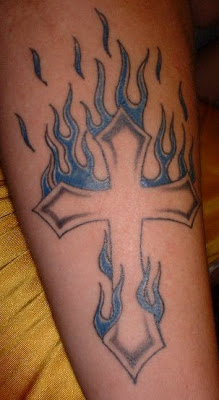 Sarah Palin has said that she would not let her religious views “bleed over into politics,” but she has done just that. Many have seen the video of Governor Sarah Palin addressing a graduation class of young missionaries. She had every right to do that. The problem was she charged the trip, plane fare and per diem, to the state. That speech cost the taxpayers of Alaska $639.50.

So far, she and her family have spent about $13,000 in state funds attending religious events, including a meeting with Reverend Franklin Graham. Some of these events included other stops, so to be fair we can trim that figure to $3022, which applies entirely to religious events. Even the Baptist Joint Committee for Religious Liberty has raised questions.

When she was mayor, she used the prestige of her office to join a hospital board to see that abortions were not performed there. Lloyd Eggan, an Anchorage advocate of the separation of church and state, worries that her Alaska Office of Faith-Based and Community Initiatives had not done enough to see that its funds do not pay for ministry.

Palin has ties with three churches that are clearly part of the Dominionist New Apostolic Reformation. As Dominionists, these people are completely opposed to the separation of church and state. In 2006, Palin said that the tax code provision preventing ministers from endorsing candidates should be repealed.

Dominionists also look forward to the day when the United States will be a theocratic state. They also do not have a favorable view of other religions, particularly Roman Catholicism. Yet, the Palin administration did spend $20,000 of its $500,000 budget helping a Catholic charity.

Her husband, Todd, was a member from 1995 to 2002. As we know, he has great influence with her and played a major role in Troopergate. When Max Blumenthal and David Neiwart visited Wasilla, they were told that “Sarah Palin is far more intimately associated with the extreme right-wing fringe of Alaska than the media has acknowledged or that she is willing to acknowledge.” Palin used Alaska Independence Chairman Mark Chryson and John Birch Society actrivist Steve Stoll, whom locals “Black Helicopter” to launch her local and state political careers. She attempted to reward Stoll by appointing him to her old council seat, but another council member blocked the move, fearing that Stoll would be a “violent influence.”

In her first campaign for mayor, these men steered an ugly campaign of character assasination against the incumbent. Sounds familiar?

This woman has extremist connections, and probably extremist beliefs. Combine those with a tendency to abuse power, and we have a recipe for disaster.