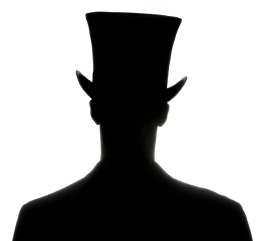 Graphics from the Center for Media and Democracy.
ALEC Naked:
More news from the ‘vast
right wing conspiracy’

MADISON, Wisconsin — It’s all we needed! Another dimension of the “vast right-wing conspiracy” comes to light, like a horror movie monster emerging from primeval slime.

What’s its name? ALEC. But if you’re thinking of the irritating but ultimately cuddly boss in 30 Rock you’re way off. This ALEC is an acronym standing for American Legislative Exchange Council.

ALEC brings together state legislators (overwhelmingly, conservative Republicans) and corporate leaders in annual meetings to propose, review, and approve the legislation that they would LIKE to see passed at the state level.

ALEC staff assist adaptations in language and strategy to the circumstances of different states. Authorship of introduced legislation (about 1,000 bills a year in the country as a whole) is claimed by the local legislator: ALEC does not sign its work!

Is ALEC new? Not at all. It was created in 1973, and was closely associated with the Heritage Foundation, created at about the same time. Little noticed outside of conservative circles, ALEC grew and grew. Now its influence touches every state, and some of America’s top corporate leaders attend ALEC’s annual meetings.

But we in Wisconsin were largely blindsided, even though an earlier generation of Wisconsin conservative leaders such as former Governor Tommy Thompson and former Senator Robert Kasten were ground-floor ALEC participants.

For most of us, ALEC remained unknown, as obscure for us as, say, a pair of billionaire brothers named Koch.

Then came January 2011 and the inauguration of Governor Scott Walker. Virtually instantly, as snowflakes flew outside the Capitol, a blizzard of legislation was introduced inside touching on almost everything in Wisconsin’s public life and traditions: education (“choice” charter schools, teachers’ rights to organize, education funding, even the organization and governance of state universities), taxes, rights of labor, health care (Wisconsin’s successful “Badger Care” adaptation of Medicaid), funding for Medicare, concealed gun carry, voter ID, the state civil service. There was little that was not in there. And most of it was bundled together in a “Budget Repair Bill,” to be passed as “emergency legislation” by monolithic GOP majorities.

The Budget Repair Bill contained 9,355 sections, mostly packed with dense legalese. How had Walker and his lieutenants, who had never claimed to be intellectual giants, put together such an immense construction by the early part of February?

You guessed it: ALEC. ALEC indeed had not signed its work. But we were beginning to wake up. It emerged that there were few things in Walker’s legislative package that were NOT underlain by legislative “models” developed within ALEC.

Two thirds of a year after the events of February-March, the ALEC legislation is still wreaking havoc to Wisconsin’s proud political traditions. Most recently, we have Voter ID (read, voter suppression), and concealed carry on the books, with lots more to come.

Now, Wisconsin progressives are beginning to push back and make themselves a headache for ALEC.

This dimension of the “vast right-wing conspiracy” (for that is exactly what it is) has flourished in obscurity. But in a stunt reminiscent of a Hollywood spy flick, Mark Pocan, a Wisconsin Assembly Democrat (and one of the Assembly’s most progressive members) infiltrated the 2010 ALEC national conference in New Orleans.

His method was simple. As a state legislator, he simply paid the dues and attended. He attended the assemblies and the cocktail parties (he was excluded from the task force meetings) and obtained the password to the ALEC collection of more than 800 “model” bills ready and waiting for introduction in state legislatures.

Pocan’s experience and the access he gained was an important asset as the Center for Media and Democracy, based in Madison, did a thorough and fascinating research job on ALEC, resulting in “ALEC Exposed.”

Good, muck-raking investigative journalism lives! There is little you will not find in “ALEC Exposed.” Included here are lists of ALEC member corporations, politicians, the ALEC state Chairs, ALEC “scholars,” and ALEC Boards and Task Forces. It would have been unfair to omit the role of the infamous Koch Brothers, and they are given the credit they deserve. Finally, “ALEC Exposed” provides a vast compendium of the more than 800 ALEC “model” bills, organized by subject matter.

“ALEC Exposed” really IS a “model”: a model of hard-hitting, fact-filled reporting on a subject of huge national significance. 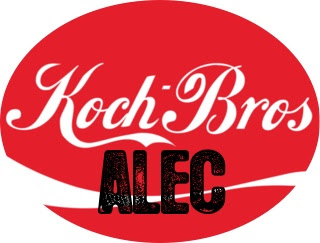 But, how does a web-based, The Nation-connected media report like “ALEC Exposed” make its way out through the filters of a tired, timid, and conservative-leaning mainstream media and a hyper-energetic and deliberately slanted right-wing infotainment complex led by Fox News?

Well, that’s the big problem, alright. It is not that we don’t have investigative reporting and writing of Lincoln Steffens quality these days. There is a lot of it: perhaps unprecedented quantities. The problem is that most of this is confined within the left in a politically segregated America, and it effectively reaches only a small proportion of American brains.

A step in doing something about this was taken recently by another Wisconsin group. On October 22 a day-long program entitled “All About ALEC” drew some 300 participants, this on one of the last sunny and warm Saturdays of the year.

State Assembly member Mark Pocan presented an entertaining account of his “undercover” work at the New Orleans ALEC national conference. A significant point was his perception, as he watched the interactions of state legislators with corporate leadership (often very high level), of the dominance of the corporate side.

Joanne Ricca of the Wisconsin AFL-CIO laid out the historical roots of ALEC in the early 1970s, showing its connection to the Heritage Foundation and to Grover Norquist and the other founders of neoconservatism. Almost 40 years later, ALEC literally has a legislative answer prepared on almost every issue. A comparison of this position of strength to that of the American left is frightening. We really need an ALEC of the left she noted, with a wistful tone.

Mike McCabe of the Wisconsin Democracy Campaign put ALEC in the larger context as he laid out a four-part net of political hegemony developed by conservative forces. First is ideological hegemony through media control and “message development.” Second is electioneering (in a competition that is increasingly rigged). Third comes the legislative offensive, using majorities to legislate the conservative goals. Fourth is to ensure judicial confirmation of legislation as high courts are packed with conservative judges.

ALEC’s primary significance is in the third area: using a legislative majority to quickly embed a comprehensive conservative agenda in the legal code, state by state, especially in the 21 states that elected Republican majorities in 2010.

That liveliest of the U.S. House of Representatives progressives, Jan Schakowsky, came up from Illinois to speak. (Fending off references to Wisconsin’s traditional joking antagonism toward its neighbor on the south, she informed us that Illinois, where Wisconsin’s 14 progressive state Senators took refuge in February, should now be called the Sanctuary State.)

Speaking as a political professional, Jan Schakowsky had a simple message: we should not give up. The popular uprising in Wisconsin (for one description go here) demonstrated the power of an aroused public. Wisconsin “lifted a cloud of paralysis and despair,” she said.

The politically fortified positions of the right are formidable (for instance, she said, the National Rifle Association [NRA] simply “owns” the U.S. Congress in its area of interest). But it is extremely important to remember that the left’s positions ARE majority positions on all the crucial issues, as poll after poll confirms.

The right’s money is important; but remember, she said, that it takes less money to convince people of their TRUE interests than it does to convince them of false ones. What we on the left have to do is make legislators fear us more than they fear them.

Wisconsin’s ALEC story is no more important than that of any other state. ALEC is organized and active in every one of the 50 states. (To get started with your state, go here.) Exposure is a powerful weapon. ALEC has flourished in the shadows, never “signing its work.” In each state, we need to pull aside the curtain. In the Wizard of Oz, the little dog Toto pulls aside a curtain and we see that an apparently omnipotent force really consists of a portly little man pulling levers and speaking through loudspeakers.

Shining a strong light, state by state, on ALEC, its legislators (and its connection to their legislation), and to the corporate benefits provided to ALEC’s corporate funders, is a start to taking back our democracy at the state level.

ALEC also makes an important point about us, the progressive left. Suppose we came to power, all over the country. How much of a progressive agenda do we have, one that we all agree on, one that comprehensively moves America toward the progressive society that we could be? As Joanne Ricca said, maybe we need something like an ALEC on our side of the political divide!

[Dr. Paul Beckett lives in Madison, Wisconsin. He can be reached at beckettpa@gmail.com. Read more articles by Paul Beckett on The Rag Blog.]