Paul Newman : Dead of Cancer at 83 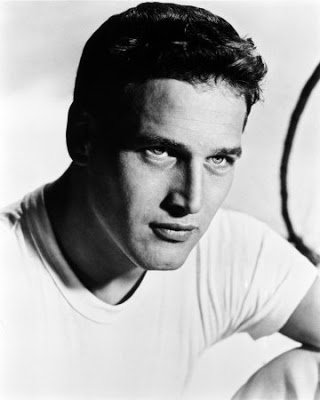 “It was one of my life’s proudest achievements. More than the films, more than the awards — finding out that I was on Nixon’s Enemies List meant that I was doing something right.”

“What we have here is a failure to communicate.” The iconic line from Cool Hand Luke could just as easily represent the current discourse between Democrats and Republicans. And, while life, truly, is for the living, it is sad to note that as of Saturday one of the major voices for American progressive thinking fell silent for the last time.

However, with the spirited intentions of a New Orleans jazz band following a hearse, it is a time to celebrate the highlights and achievements of a man’s life. “Sometimes God makes perfect people,” fellow Absence of Malice star Sally Field said, “and Paul Newman was one of them.”

The media, across the board, is awash in examples of his legendary films. Excerpts of his interviews and clips of luminaries speaking about him are as plentiful now as the number of channels there are available on a state-of-the-art remote control.

It is the achievements of his life that brings this outpouring of respect; not the least of which were directed by Newman’s political philosophy. As an Associated Press story notes, “He was so famously liberal that he ended up on President (Richard M.) Nixon’s ‘enemies list,’ one of the actor’s proudest achievements, he liked to say.”

Newman was passionately opposed to the Vietnam War and strongly in favor of civil rights.

His legend also stands in the world of racing. He teamed up with Carl Haas starting Newman/Haas Racing in 1983 and joined the CART Series and went on to claim multiple wins and several series championships.

But, it would be remiss, while celebrating his life and achievements, not to mention Newman’s Own, a line of foodstuffs that enabled him and his partner, A.E. Hotchner, to donate more than $175 million, all of the company’s profits, to charities, an astonishing accomplishment for an enterprise which began as a joke.

It was his private life that he held dear and closest to his chest. It is most effectively characterized in a written statement by his daughters, “Our father was a rare symbol of selfless humility, the last to acknowledge what he was doing was special. Intensely private, he quietly succeeded beyond measure in impacting the lives of so many with his generosity.”

Along with his wife, Joanne Woodward, Newman enjoyed a true rarity in Hollywood, a long-term marriage. To show his appreciation for his wife he once quipped to Playboy Magazine, “I have steak at home, why go out for hamburger?”

But it is his persona onscreen that will forever stick in my mind. I remember when I first “discovered” Paul Newman. In a darkened theater back in the days when going to the movies was a real event. I watched him and Robert Redford wise crack their way through Butch Cassidy And The Sundance Kid.

It was after that performance that I became consumed with learning as much about him as I could and I have been a fan, on every level, ever since.

1 Response to Paul Newman : Dead of Cancer at 83