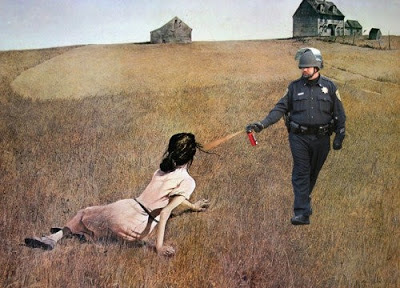 2011 will be remembered for historic world-wide uprisings against despotism and against the astronomical, obscene growth of income and wealth inequality. It will also be remembered for assaults against unarmed protesters with tear gas and pepper spray and, in some nations, with live ammunition. In the U.S., the main achievement of the Occupy movements has been to put wealth/income disparity in the public consciousness:

It is immoral that immense wealth is increasingly concentrated in a tiny layer while:

Second, the “1%” and their corporations are stifling political democracy:

The chief demand of the Occupy movements is to create and expand political, social, and economic democracy and a society at the service of human needs. We will end Occupy when Wall Street stops occupying our Congress and ripping off the poor, working, and middle classes. Please join the worldwide movement for freedom and an end to despotism and injustice.

[Peter L. Myers is a semi-retired professor of anthropology and alcohol/drug studies, and a text author and editor. He was active in the early civil rights and student movements. Send comments and additions to nyprof@gmail.com.]