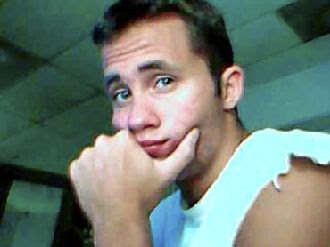 Poplawski was a neo-Nazi wannabe who railed against blacks, Jews, ‘Zionists,’ and gun control. And like many members of the far-right fringe, he allegedly visited Jones’ Web sites and posted alarming reports by Jones’ writers on the white supremacist message board, Stormfront.

On April 6, two days after the 22-year-old Richard Poplawski allegedly murdered three police officers in Pittsburgh, Pennsylvania, a radio host named Alex Jones settled in before a microphone in his studio in Austin, Texas to do some damage control. “The mainstream media has certainly enjoyed tying me into this story,” Jones complained. “They’re attacking me and saying I’m delusional and there’s no New World Order The Second Amendment, what the country’s founded on–it’s all my fault!”

Poplawski was a neo-Nazi wannabe who railed against blacks, Jews, “Zionists,” and gun control. And like many members of the far-right fringe, he allegedly visited Jones’ Web sites and posted alarming reports by Jones’ writers on the white supremacist message board, Stormfront. (Poplawski’s posts are here, authored under the handle, “Braced For Fate.”) While Alex Jones generally avoids overt racism, he has found an eager audience on Stormfront by conjuring dark visions of an impending New World Order, claiming FEMA is secretly building a national concentration camp network, and announcing that President Barack Obama has planned mass gun seizures on his way to establishing a leftist dictatorship. “Remember, the first step in establishing a dictatorship is to disarm the citizens,” warned a March 13 commentary on Jones’ website, Prison Planet.

In the wake of Poplawski’s alleged murder spree, the killer’s friends and family members painted a portrait of a paranoid young man whose worldview was informed almost totally by the kind of conspiratorial themes entertained by Jones. Poplawski’s best friend, Edward Perkovic, who also spouted white supremacist rhetoric, Source” target=_blank>told the Pittsburgh Tribune-Review that his friend “grew angry recently over fears Obama would outlaw guns.” Poplawski’s mother remarked to police investigators that her son targeted cops “because he believed that as a result of economic collapse, the police were no longer able to protect society.”

But hysterical warnings of government gun grabs and a socialist takeover of the U.S. are no longer the sole proprietary interest of fringe players like Jones. In the Obama era, Jones’ conspiracy theories have graduated to primetime on Fox News. And radicals like Poplawski are tuning in. Indeed, according to the Anti-Defamation League, the alleged killer posted a YouTube clip to Stormfront of top-rated Fox News host Glenn Beck contemplating the existence of FEMA-managed concentration camps. (“He backed out,” Poplawski wrote cryptically beside the video.) Three weeks later, Poplawski posted another Youtube clip to Stormfront, this time of a video blogger advocating “Tea Parties,” or grassroots conservative protests organized by Beck and Fox News contributor Newt Gingrich (see here and here) against President Barack Obama’s bailout plan.

Jones has gradually come to be accepted by the right-wing media. In September 2007, Jones interrupted a live broadcast by Fox News host Geraldo Rivera (Rivera was reporting at the time on “the secret world of restroom gay sex”) by shouting into a megaphone, “9-11 was an inside job!” He was hauled away by NYPD officers soon after. On March 18, however, Jones became a guest of honor inside Fox studios, introduced as “the great Alex Jones” by Fox News contributor Judge Andrew Napolitano during a lengthy segment on the online show, The Strategy Room. Towards the end of his spot, Jones celebrated his sudden and dramatic influence on the conservative movement’s biggest media personalities.

“I’ve never seen an awakening this big. I’m seeing Glenn Beck talk about the New World Order on Fox, I’m seeing you talk about it,” Jones told Napolitano. “We’re seeing Lou Dobbs talk about it, we’re seeing mainline hosts–Limbaugh’s even talking about global government. Michael Savage is talking about how Obama may stage crises to bring in martial law. So all the things that I was talking about in the wilderness ten plus years ago are now hitting mainstream, and it is great!”

David Neiwert, a veteran reporter on right-wing militia movements and author of the forthcoming book, The Eliminationists: How Hate Talk Radicalized the American Right, explained that by co-opting conspiratorial rhetoric from the farthest shores of the right, mainstream conservative talkers can inflame the passions of paranoiacs like Poplawski to a dangerous degree. “It’s always been a problem when major league demagogues start promulgating false information for political gain,” Neiwert told me. “What it does is unhinge fringe players from reality and dislodges them even further. When someone like Poplawski hears Glenn Beck touting One World Government and they’re gonna take your gun theories, they believe then that it must be true. And that’s when they really become crazy.”

For Jones, whatever bad publicity he incurred from a fan’s alleged killing spree paled in significance to the sudden cachet he has gained among conservative media bigwigs. During his April 6 broadcast, two days after the murders, he boasted, “Now, if you listen to [Sean] Hannity’s show, if you listen to Savage; you listen to Limbaugh, it’s almost like Alex Jones is hosting the show.”

[Max Blumenthal is a senior writer for The Daily Beast and writing fellow at The Nation Institute, whose book, Republican Gomorrah (Basic/Nation Books), is forthcoming in Spring 2009. Contact him at maxblumenthal3000@yahoo.com.]