Pollan on the Politics of Food 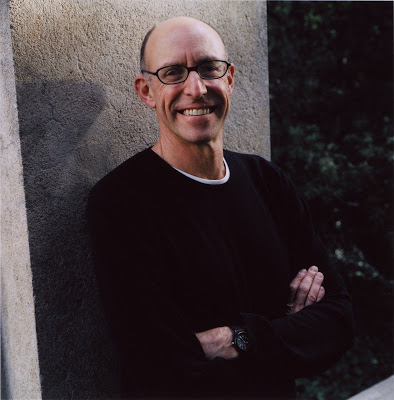 The writer and activist Michael Pollan has no interest in becoming Barack Obama’s Secretary of Agriculture, thank you very much, even though there are a lot of people who think he’d be perfect for the job.

Pollan disagrees. Laughing, he told my colleague Bill Moyers on the latest edition of public television’s Bill Moyers Journal, “I have an understanding of my strengths and limitations… I don’t want this job,” then turned serious as he added, “What Obama needs to do, if he indeed wants to make change in this area — and that isn’t clear yet that he does, at least in his first term — I think we need a food policy czar in the White House because the challenge is not just what we do with agriculture, it’s connecting the dots between agriculture and public health, between agriculture and energy and climate change, agriculture and education.”

There’s been an Internet-fueled citizen’s movement to draft Pollan for the cabinet post. As the author of countless articles and such books as The Omnivore’s Dilemma: A Natural History of Four Meals and In Defense of Food: An Eater’s Manifesto, his thorough reporting, literally getting his hands dirty working on American farms and writing about it, has made him one of our country’s greatest experts on how and what we eat.

In an open letter to whoever would become our next president — or “Farmer in Chief,” as he put it in the October 12th New York Times Magazine — Pollan wrote, “It may surprise you to learn that among the issues that will occupy much of your time in the coming years is one you barely mentioned during the campaign: food. Food policy is not something American presidents have had to give much thought to, at least since the Nixon administration — the last time high food prices presented a serious political peril…

“But with a suddenness that has taken us all by surprise, the era of cheap and abundant food appears to be drawing to a close. What this means is that you, like so many other leaders through history, will find yourself confronting the fact — so easy to overlook these past few years — that the health of a nation’s food system is a critical issue of national security. Food is about to demand your attention.”

In 2007, before the financial meltdown had even struck, some 32 million Americans — at least one in nine households — had trouble putting enough food on the table. Now, according to the Wall Street Journal, food banks across the country are struggling to meet a surge of people uncertain about their next meal. They’ve seen a 20% increase in demand — middle class families, they say, account for most of the growth.

And the day before our annual Thanksgiving binge, the Washington Post reported, “The number of Americans on food stamps is poised to exceed 30 million for the first time this month, surpassing the historic high set in 2005 after Hurricane Katrina.”

Contrast this with the big bucks being shelled out in the recent $307 billion farm bill, much of it going to massive agribusinesses — “A welfare program,” as Time Magazine described it, “for the megafarms that use the most fuel, water, and pesticides; emit the most greenhouse gases; grow the most fattening crops; hire the most illegals and depopulate rural America.”

In a press conference on Tuesday, President-elect Obama cited a report released this week by the Government Accountability Office: “From 2003 to 2006, millionaire farmers received $49 million in crop subsidies even though they were earning more than the $2.5 million cutoff to qualify for such subsidies,” he said. “If this is true, it is a prime example of the kind of waste I intend to end as president.”

All well and good, but as a senator, Barack Obama supported that monster farm bill (although he was absent for the actual roll call). He also supported the production of ethanol (a politically expedient move when the Iowa Democratic caucuses were at stake), even though using corn for fuel rather than food raises the price of grain and results in huge emissions of greenhouse gases.

Thus, where food and agriculture are concerned, connecting the dots, as Michael Pollan told Bill Moyers, is a tortuous journey involving internecine politics, international diplomacy, big business, every branch of government and every issue from morbid obesity to homeland security.

Pollan is hopeful that Obama will take advantage of his oratorical skills and bully pulpit to set an example for the American people, perhaps even suggesting “meatless Mondays” for the country — which, according to Pollan, would have the ecological effect of taking 30-40 million cars off the road for a year — and encouraging home gardening and eating locally; supporting the small farmers who grow fresh food nearby — without chemicals or subsidies.

“Vote with your fork, for a different kind of food. Go to the farmer’s market. Get out of the supermarket… Plant a garden… Declare your independence from the culture of fast food.”

Regardless of who Obama chooses as his Ag Secretary, it will be interesting to see if the new president sees fit to make Pollan an unofficial advisor on food issues, an influential voice in his — you should excuse the expression — kitchen cabinet.