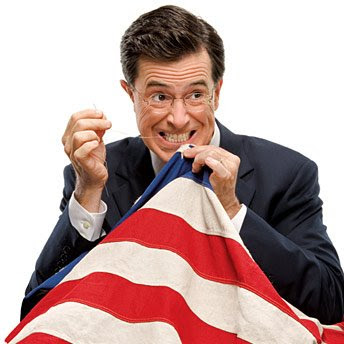 Cable talking heads accuse broadcast networks of liberal bias — but a think tank finds that ABC, NBC and CBS were tougher on Barack Obama than on John McCain in recent weeks.
By James Rainey / July 27, 2008

Haters of the mainstream media reheated a bit of conventional wisdom last week.

Barack Obama, they said, was getting a free ride from those insufferable liberals.

Such pronouncements, sorry to say, tend to be wrong since they describe a monolithic media that no longer exists. Information today cascades from countless outlets and channels, from the Huffington Post to Politico.com to CBS News and beyond.

But now there’s additional evidence that casts doubt on the bias claims aimed — with particular venom — at three broadcast networks.

The Center for Media and Public Affairs at George Mason University, where researchers have tracked network news content for two decades, found that ABC, NBC and CBS were tougher on Obama than on Republican John McCain during the first six weeks of the general-election campaign.

You read it right: tougher on the Democrat.

During the evening news, the majority of statements from reporters and anchors on all three networks are neutral, the center found. And when network news people ventured opinions in recent weeks, 28% of the statements were positive for Obama and 72% negative.

Network reporting also tilted against McCain, but far less dramatically, with 43% of the statements positive and 57% negative, according to the Washington-based media center.

Conservatives have been snarling about the grotesque disparity revealed by another study, the online Tyndall Report, which showed Obama receiving more than twice as much network air time as McCain in the last month and a half. Obama got 166 minutes of coverage in the seven weeks after the end of the primary season, compared with 67 minutes for McCain, according to longtime network-news observer Andrew Tyndall.

I wrote last week that the networks should do more to better balance the air time. But I also suggested that much of the attention to Obama was far from glowing.

That earned a spasm of e-mails that described me as irrational, unpatriotic and . . . somehow . . . French.

But the center’s director, RobertLichter, who has won conservative hearts with several of his previous studies, told me the facts were the facts.

“This information should blow away this silly assumption that more coverage is always better coverage,” he said.

Here’s a bit more on the research, so you’ll understand how the communications professor and his researchers arrived at their conclusions.

The center reviews and “codes” statements on the evening news as positive or negative toward the candidates. For example, when NBC reporter Andrea Mitchell said in June that Obama “has problems” with white men and suburban women, the media center deemed that a negative.

The positive and negative remarks about each candidate are then totaled to calculate the percentages that cut for and against them.

Visual images and other more subjective cues are not assessed. But the tracking applies a measure of analytical rigor to a field rife with seat-of-the-pants fulminations.

The media center’s most recent batch of data covers nightly newscasts beginning June 8, the day after Hillary Rodham Clinton conceded the Democratic nomination, ushering in the start of the general-election campaign. The data ran through Monday, as Obama began his overseas trip.

Most on-air statements during that time could not be classified as positive or negative, Lichter said. The study found, on average, less than two opinion statements per night on the candidates on all three networks combined — not exactly embracing or pummeling Obama or McCain. But when a point of view did emerge, it tended to tilt against Obama.

Such reversals are nothing new in national politics, as reporters tend to warm up to newcomers, then turn increasingly critical when such candidates emerge as front-runners.

It might be tempting to discount the latest findings by Lichter’s researchers. But this guy is anything but a liberal toady.

In 2006, conservative cable showmen Glenn Beck and Bill O’Reilly had Lichter, a onetime Fox News contributor, on their programs. They heralded his findings in the congressional midterm election: that the networks were giving far more positive coverage to the Democrats.

More proof of the liberal domination of the media, Beck and O’Reilly declared.

Now the same researchers have found something less palatable to those conspiracy theorists.

But don’t expect cable talking heads to end their trashing of the networks.

Repeated assertions that the networks are in the tank for Democrats represent not only an article of faith on Fox, but a crucial piece of branding. On Thursday night, O’Reilly and his trusty lieutenant Bernard Goldberg worked themselves into righteous indignation — again — about the liberal bias they knew was lurking.

Goldberg seemed gleeful beyond measure in saying that “they’re fiddling while their ratings are burning.”

O’Reilly assured viewers that “the folks” — whom he claims to treasure far more than effete network executives do — “understand what’s happening.”

The review found that, since the start of the general-election campaign, “Special Report” offered more opinions on the two candidates than all three networks combined.

No surprise there. Previous research has shown Fox News to be opinion-heavy.

“Special Report” was tougher than the networks on Obama — with 79% of the statements about the Democrat negative, compared with 61% negative on McCain.

There’s plenty of room for questioning the networks’ performance and watching closely for symptoms of Obamamania.

But could we at least remain focused on what ABC, NBC and CBS actually put on the air, rather than illusions that their critics create to puff themselves up?