Prison Reform : We Must Stop Locking Up our Problems 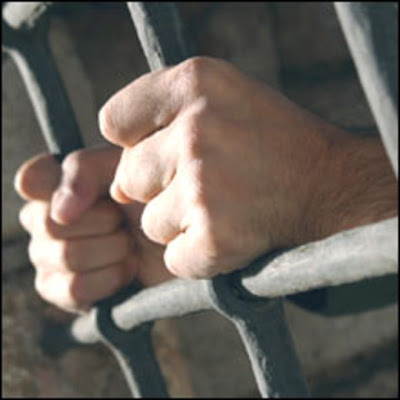 Prisons are a necessary part of a civilized country, but they should be reserved for violent criminals and career criminals — people who have proven they cannot be trusted with the safety or property of others.

Here in America, according to Senator James Webb (D-Virginia), “Either we’re the most evil people on earth or we’re doing something wrong.” He’s talking about our prison system. The United States doesn’t just lock up its dangerous criminals, but also its societal problems like the mentally ill and those addicted to drugs. Consider the following facts:

Any one of the above statistics would show our system has a problem, but taken together they show a system in crises. Dahlia Lithwick of Newsweek puts it well, when she says, “If Americans actually have the conversation about our disastrous prison policies, we’ll understand the trends all move in very dangerous directions: we lock up more people, for less violent crime, at ever greater expense, breeding more dangerous criminals who often come out unemployable, violent and isolated.”

Fortunately Senator Webb sees the truth. He is proposing an 18 month review of our prison system with an eye toward finding solutions to the problems above. He wants to improve treatment for the mentally ill, reform our drug laws, improve and establish reentry programs for ex-offenders, decrease prison violence, reduce overall incarceration rates and save our prison beds for truly dangerous criminals and gang leaders.

Now all the senator has to do is convince the other members of Congress to go along with his 18 month review. That is the first step to any reform. Once this is done, it should be obvious to anyone with half a brain that reforms are necessary.

The embarrassing fact is that while we claim to be a free nation, we lock up more of our citizens than any of the world’s dictators. Are Americans more prone to breaking the law than the citizens of other countries? Are we truly evil? Nonsense! Americans are neither better nor worse than the people of any other country.

We have more prisoners locked up than anyone else, because our leaders have chosen to use criminal law to deal with our societal problems. Most other civilized nations treat their mentally ill persons rather than dumping them on the criminal justice system. If they must be locked up, for their own safety or the safety of others, it is in a psychiatric institution where they can still receive treatment.

The simple use or possession of drugs should also not be dealt with as a crime. It is a medical problem and treatment is the only real solution. The user is only hurting himself — not others, and in a free country that should not be a crime. If the user does go on to commit a crime (such as theft or burglary) then there are already laws on the books to deal with that. There is no compelling societal need to turn recreational drug users into criminals.

Most recreational drug users, especially of marijuana, hold down full-time jobs, pay taxes and support families. Is it really better to have other taxpayers pay for their incarceration, and their family’s loss of a breadwinner? Prohibition failed the first time we tried it, and this modern prohibition of drugs has been an even more miserable failure.

Prisons are a necessary part of a civilized country, but they should be reserved for violent criminals and career criminals — people who have proven they cannot be trusted with the safety or property of others. Locking up drug users, the mentally ill, and first-time nonviolent offenders is antithetical to the ideals of a free country.

4 Responses to Prison Reform : We Must Stop Locking Up our Problems