Layla Anwar’s piece reminds of the tragic toll of the American folly in Iraq over two decades. Millions have been affected and we go on blithely ignoring the mass of this tragedy. Think about 65% unemployment rate; think about half a million kids dead because of the American sanctions through the 1990s; think about 5 million people perhaps permanently displaced from Iraq by our arrogant claim to bring democracy to the Middle East. When is Barack Obama going to start talking about war reparations? When will he well and truly remove the American presence from the Middle East? When will justice be served? 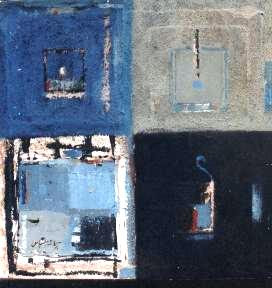 A very sporadic Internet access has been a blessing…it has freed me to pursue other things – away from politics, accursed and damned politics…it has freed me to read, and read and read, watch tons of TV and renew my ties with the real world of the living…as opposed to the dead.

The dead end of politics.

Yet, still, some things keep screaming in your face, and no amount of eyes shutting or plugging cotton wool in your ears, will do.

That profound cry, that deep injustice was and remains Iraq.

I have a lot to say, essential things to say, that your democracy will not uncover, because your democracy is based on a lie, on a deceptive lie that has cost over a million souls…the democracy of the dead.

They spoke to me…they said they will file a complaint to the supervising electoral bodies because they did not get to cast their votes. They did not get to dip their fingers in a purple ink and plaster a fake smile to the cameras…They said the only thing purple they remember is their purple black corpses murdered by Democracy…

So here I am again, the faithful daughter of this land, of this earth…that screams to me at night when all is dead silent…

Who silenced the outrage ? Was there an outrage to start with ?

I am glad that the outrage against the holocaust in Gaza has not ceased. Tons of articles, tons of songs, tons of poems, tons of theatrical plays, tons of speeches, tons and tons…That is very good, very promising. It should continue.

But where is your outrage at over 1 million Iraqis killed by Democracy ?

Where is your outrage at the 5 million refugees who refuse to return to the state of Democracy ?

Where is your outrage at the use of phosphorus bombs, napalm, DU, for well over 15 years against an innocent people ?

Where is your outrage at 13 years of a barbarian embargo that is still not lifted ?

Ban Ki Moon was in Baghdad discussing with the puppet Talabani, what measures he will take to lift the sanctions. Still ? Yes still…

Where is your outrage at the 500’000 Iraqi kids killed by the sanctions ?

Where is your outrage at the demolished homes, buildings, institutions, infrastructure and when Iraqis are still living in tents in their own country and others in slums outside their country ?

Where is your outrage when billion of dollars have been stolen from Iraq and no one is there to prosecute ?

Where is your outrage when militias, the same militias that form the current government who wants to pass itself as non – sectarian, tortured and murdered people and dumped them in mass graves ?

Did you know that some of the Sahwa men in the Anbar province have a new job ? They are fishermen today. Do you know what they fish until this very day ? Corpses from the Diyala river. Not one corpse, not two, but so far over 300 corpses, some of which were women, one in her wedding dress, have been fished from the Tigris and the Euphrates…the rivers of Democracy.

Did you know that still over 65 % of Iraqis are unemployed ?

Did you know that only 10’000 medical doctors are left in Iraq , the rest have been killed or in exile ?

Did you know that 99% of women in Iraq are veiled today, including little girls below the age of 5 ?

Did you know that we still have 5 million orphaned kids and over 3 million widows ?

No they did not disappear with “democracy”

Yes you knew…you knew…but you kept silent and you have remained silent.

Where is the same outrage that you showed for Lebanon and Gaza ? Where the fuck is it ?

You knew, and you know and you are hiding behind walls of silence. All of you. Iraqis included.

Hiding the corpses that float, hiding the woman in her wedding dress mutilated beyond recognition because she was an Arab and a Sunni, hiding the orphans, hiding the refugees, hiding the torture marks, hiding…

A conspiracy of Silence.

A conspiracy of Silence in the dead end of politics.

Damn them all, the living and the dead. They keep nudging at me, screaming in my face, in the obscurity of the night.

Leave me alone and stop tugging at me with your skeletons.

But their voices are much stronger than mine, their cries much higher than mine and their loud silence much greater than mine…