Psychology of Greed : Protecting the People from Wall Street 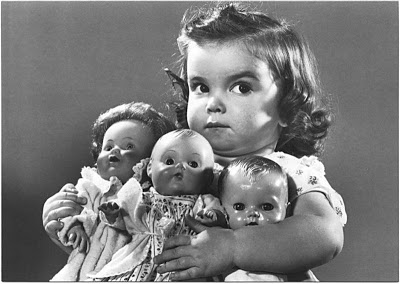 A rebuttal of sorts:
Protecting the people from Wall Street

[On April 21, The Rag Blog published an article by Sherman DeBrosse entitled Republican Jujitsu : Protecting Wall Street from the People.]

To argue that the abuses of Wall Street lie at the feet of one political party or another really avoids a deeper issue with which our nation must eventually come to grips. The issue is the psychology of greed which is the progenitor of the abuses. And it is a psychology which is part of our entire nation.

The lies and manipulations which often accompany greed cannot really be legislated. Morality and immorality are not determined by what laws are passed. In fact, given a sufficient lust for the immoral, laws are more often simply things to circumvent rather than statutes to obey.

That said, if immorality cannot be halted by law, it can certainly be prosecuted by law, and that seems to be the great weakness of our government. It is a weakness because Congress is also one of the foxes guarding the chicken coop of finance.

The foxes on Wall Street and those in Congress have been allies for years, as anyone who looks at the record will see. The alliance has taken two traditional paths: campaign contributions from the financial industry to candidates for Congress (by the billions — see www.opensecrets.org) and a revolving door between top financial executives and top government officials.

Goldman Sachs, the focus of our current dilemma, is a particularly egregious offender in this regard having placed more than 45 of its top people in government (including both Rubin and Paulson who went from GS CEO positions to Secretary of the Treasury).

Not that I am saying anything about Obama which is not true of the other candidates. The system has been rigged to aggrandize the greed of special interests, and candidates in both major parties are willing participants.

The question of what we do to protect ourselves against the abuses of the finance industry is thus a far more complex one than the passage of any single piece of legislation. It involves the psychological metamorphosis of our culture from one of spendthrift instant gratification to one of what psychologist Eric Berne called “more Adult behavior.”

To rail against the fiscal and governmental corruptors is to miss the real point. To quote Mr. Shakespeare yet again, “The fault is not in our stars, but in ourselves.”

[Dr. Steven Porter holds BS, MA, PhD, and PD degrees in fine arts and educational administration. He was the Democratic Party candidate for Congress in Pennsylvania’s third district in both 2004 and 2006. His new book is entitled Preserving America: ten things we must change to survive.]

2 Responses to Psychology of Greed : Protecting the People from Wall Street