Austin’s Nicols says he grew up with the ability to find information hidden from the normal senses. 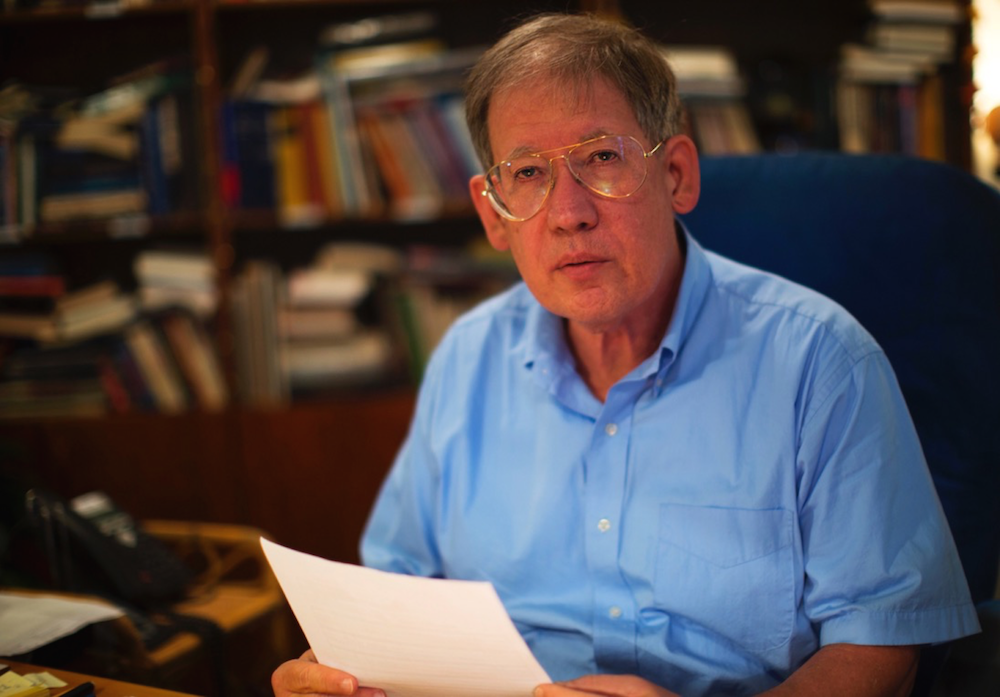 Nicols the psychic. Photo by Qiling Wang / The Rag Blog.

AUSTIN — Three tungsten lamps light a back room in the Austin home of Joe Nicols. With the windy, cold weather outside, the room exudes coziness and warmth. A wood shelf with a dazzling array of folk art stands at the left of the door. Some were collected from India, some from China.

Next to the shelf is Nicols’ desk — where he carries out his palm reading and psychic consultations.

“You used to get tight in your throat when you had to talk back to authority when you were a kid,” Nicols says to Vivian Chen.

“I believe. . . in reincarnation,” he says. “I know this is going to freak you out, you may have actually died by the throat in the past life.”

He says he grew up with the ability to find information hidden from the normal senses — Nicols claims to know things that other people do not know and had to keep his ”mouth shut” in his childhood.

Both of Nicols’ parents have passed away. His mother was a homemaker while his father was a civilian who worked for the military. When his parents were alive, they also possessed this kind of ability but were afraid to face it, and Nicols did not find out their secret until he was away from home.

“They told me things that came true later in my life but they were afraid of this kind of stuff, so they did not want me to deal with it, talk about it or anything,” Nicols says. With two sisters who do not see things as he does, Nicols believes his psychic ability is “a gift given by God” rather than inherited through his parents.

A 1971 graduate of The University of Texas at Austin, Nicols had always found it difficult to find direction in his youth. At college, Nicols changed his major six times and it took him over five years to graduate. He studied geology, psychology, general business, marketing, business management before he finally majored in sociology.

“It was my sixth undergraduate major. That was when I could finally figure out that I enjoyed doing it,” Nicols says.

But Nicols lost his direction again after he graduated. He tried law school but dropped out after one year. He worked as an army officer in the infantry for four years, dealing with trucks and oil tankers which he “hated” from the bottom of his heart. He called it his “karma.”

Nicols was only doing minimum wage jobs in the military and felt stuck until he went back to school and earned a master’s degree in speech pathology at UT Austin. He moved to Australia with his family and worked as a full-time speech pathologist there.

“I liked the work. I was pretty good at it. But it’s sort of like the career did not really go very far. I wasn’t getting promotions. I was just doing my job,” Nicols says.

As a psychic, Nicols says it is “harder to predict [his] own future” due to subjective distractions. He is simply too close to his own soul and mind to make accurate predictions.

When Nicols started doing psychic readings in high school, he was only doing it at nights and weekends. Twenty years had passed since then. Unsatisfied with what he could achieve as a speech therapist, in 1986 Nicols finally decided to do what he really liked — to become a psychic.

“Six months after I started doing it I was able to make as much as I was making as a speech therapist and then within a couple of years I was doubling what I made as a speech therapist. So it turned to be very lucrative and I did very well, so I’m very grateful,” Nicols says.

According to IBIS World, an independent marketing research organization based in Australia, Psychic Services Industry, which includes palmistry, cartomancy, mediumship, aura reading, and astrology, has grown steadily over the past five years at an average annual rate of 2% to a revenue of $2 billion.

Nicols was voted “Best Psychic in Austin” in the Austin Chronicle’s Reader’s Poll in 1991 — and he has remained popular. A one-hour reading with him costs as much as $125.

Nicols says he once helped a gentleman — who was going scuba-diving — avoid death by reminding him to check his equipment again before he went into the sea.

In his 30 years’ career, there were also times when Nicols would encounter clients who got upset about their readings and complained about what he said to them.

According to the Pew Research Center, 15% of religious unaffiliated adults have consulted a psychic in their life and 3-in-10 have felt in touch with someone who is dead. But people with certain religious beliefs might find psychic consultations difficult to accept and Nicols is fully aware of this problem.

“I don’t tell people what I do on the bus or on the airplane. Some people think their religious beliefs suggest I work for the devil or something like that. That’s their opinion. I respect their right to their opinions. But I work for God.”

Nicols finishes his reading with Vivian by telling her that both of them have a problem in finding career direction and she needs to figure her future out by herself through trial and error.

“Life is supposed to be a journey for you. You’re supposed to walk into the fog, not knowing what’s on the other side of the mountain, and break new grounds,” Nicols says. “That’s why I had six undergrad majors, that’s why I did all those things, and guess what I do for a living. After twenty years I finally came to this. And I avoided it for 20 years.”

[Qiling Wang, an aspiring photojournalist, is a graduate student in journalism at the University of Texas at Austin. She can be found on Twitter qiling_wang and Instagram qiling_wang.]