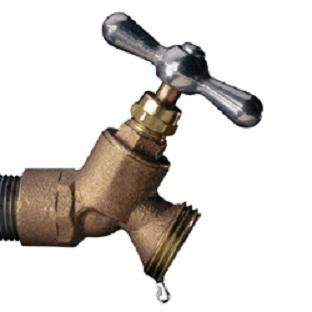 A year ago, on May 9, 2007, Henry C. K. Liu wrote an article for the Asia Times titled “Liquidity boom and looming crisis.”
So far Liu’s predictions have been mostly accurate in terms of predictive trends, although the global financial crisis he foresees has been contained for the time being.

The crisis he describes is a liquidity trap in which traditional Keynesian stimulation of the economy by the federal reserve has lost its previously strong effect, due largely to the financial problem being global. Trying to stimulate the domestic economy destabilizes the global economy; this is the basis of the trap. Enough federal stimulation to reflate the domestic economy may easily lead to self-accelerated dollar devaluation, hyperinflation, ending in a global depression.

The severe US recession that Lui forsees in the opening portion of his essay has now become a reality. The credit crisis has deepened and spread broadly enough to require an emergency bailout of Bear Stearns by the federal reserve. As Liu anticipated, high interest rates last year cooled the economy and are now leading the fed to try to try to restimulate a depressed US economy using easy credit, but so far without much impact as inflation grows worse.

The Fed’s stated goal is to cool an overheated economy sufficiently to keep inflation in check by raising short-term interest rates, but not
so much as to provoke a recession. Yet in this age of finance and credit derivatives, the Fed’s interest-rate policy no longer holds dictatorial command over the supply of liquidity in the economy. Virtual money created by structured finance has reduced all central banks to the status of mere players rather than key conductors of financial markets. The Fed now finds itself in a difficult position of being between a rock and a hard place, facing a liquidity boom that decouples rising equity markets from a slowing underlying economy that can easily turn toward stagflation, with slow growth accompanied by high inflation…

The trap is if the fed creates enough liquidity to stimulate the domestic economy, it leads to inflation and dollar devaluation, which then raises oil prices, etc. Higher oil and food prices then depress and deflate the US economy, thus requiring even more liquidity to be created.

Finally the Chinese, already choking on shrinking dollars and suffering from their own inflation, will decide to dump a tidal wave of US treasury notes. Nothing material is backing the dollar despite its key status in world trade. There are huge foreign dollar reserves that will be cashed in at some point and will flood into the world economy and amplify the desire to unload dollars and exchange them before they devalue any further:

…A liquidity trap can be a serious problem because the world is still
plagued with excess liquidity potential: massive foreign reserves held
by central banks, bulging petrodollars, hedge funds and private-equity
funds, massive increases in global monetary base, $4 trillion in
low-yielding Chinese bank deposits ready for release for higher
yields, $5 trillion in low-yielding US time deposits maturing, $10
trillion in low-yielding Japanese financial net worth, plus $27
trillion in medium-yielding US household financial net worth waiting
to be monetized for aggressive yields. A global liquidity trap of with
$50 trillion of idle assets will implode like a doomsday machine…

If I see a weakness in Liu’s economic analysis, it is perhaps that he is not so conscious of the key role of US oil addiction, which weakens the US economy relatively more than its industrialised competitors.

Further validation of some of the same trends anticipated by Liu may be seen in the following piece by Michael Klare on the end of the US as a global superpower due to oil addiction. The USA sends to the Arabs and other oil producers $1.5 billion a day to satisfy its oil addiction. The Arabs are probably just as likely to cash in and send their shrinking dollars flooding into the world economy and with as little warning as are the Chinese. I think Iran just said that it intends to start selling its oil for Euros. Here is a snip from Klare:

….While our economy is being depleted of these funds, at a moment when credit is scarce and economic growth has screeched to a halt, the oil regimes on which we depend for our daily fix are depositing their mountains of accumulating petrodollars in “sovereign wealth funds” (SWFs) – state-controlled investment sources of wealth. At present, these funds are already believed to hold in excess of several trillion dollars; the richest, the Abu Dhabi Investment Authority (ADIA), alone holds $875 billion…

This entry was posted in Rag Bloggers and tagged Economy, Finance, Global Economy. Bookmark the permalink.