Rabbi Arthur Waskow :
Is murder a ‘sacred practice’ in ALL religions? 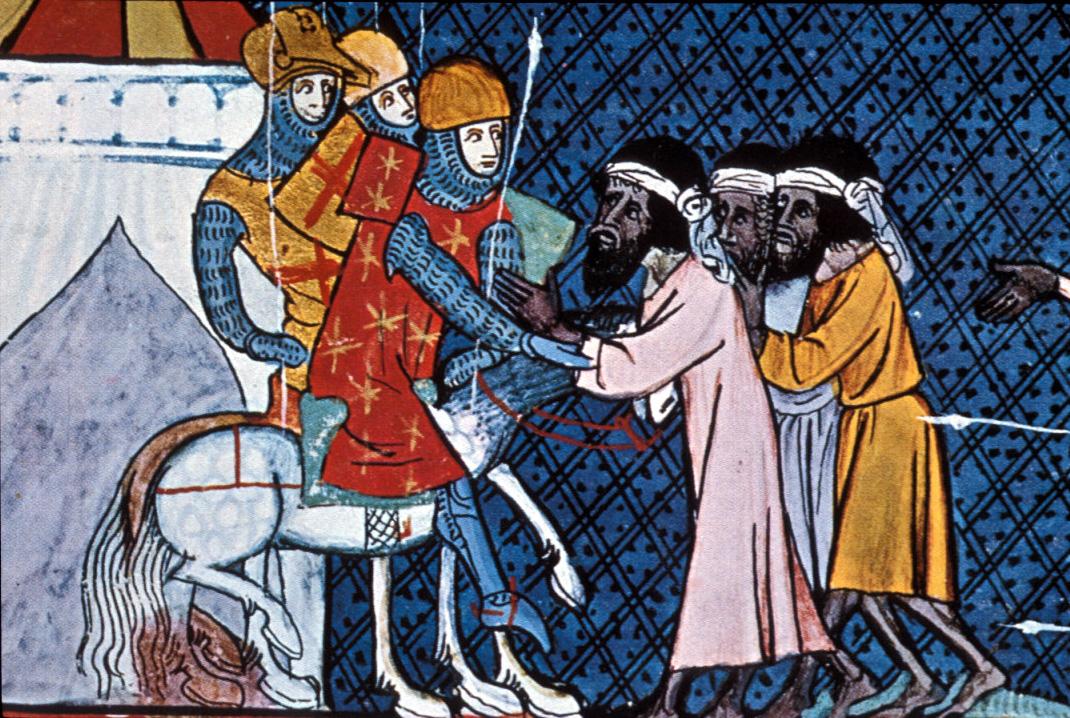 The murderous attacks in France last week have called forth a mixture of horror, outrage, disgust, and fear — all legitimate responses.

Both these responses evade the truth.

First of all, within Islamic teachings there are both passages of nurture and streaks of blood.

Some Muslims can authentically quote some bloody words to justify shedding the blood of other-belief believers — especially those who pour contempt on Islam itself — just as other Muslims — by far the great majority — can quote passages that forbid such behavior.

Secondly, Islam is by no means unique among religions — and atheist societies, too — in having some adherents claim that violence, even aggressive violence not in self-defense, is taught by their sacred texts as in some circumstances a sacred practice.

(“Buddhists??” you say. “Come on!” Well, check out what is going on this very moment in Burma, where a Buddhist majority, with the acquiescence or assistance of a Buddhist government, is carrying on massive pogroms against a Muslim minority.)

It is hard to find a major religion or secular ideology that has not been used by some of its adherents to justify violence against others.

Some atheists have used this fact to accuse religion itself of being the root of violence. But the blood-drenched history of the atheist government of the Soviet Union, drawing on what it saw as “sacred” teachings of Lenin and others about the need to “defend the revolution,” hardly supports that claim. Nor does the blood-drenched history of the non-religious government of the United States, proclaiming the “defense of democracy” as justification for wars against Vietnam, Iraq, and a number of Central American countries. 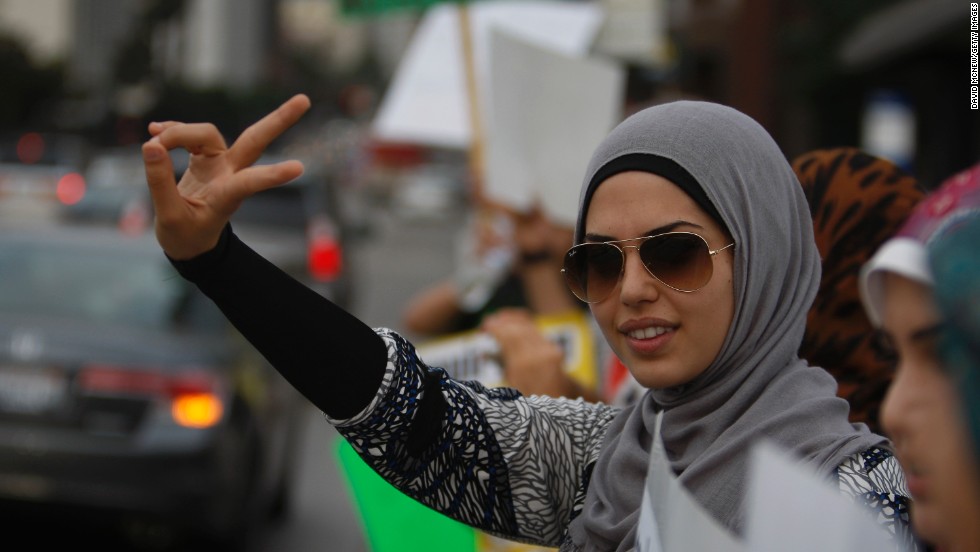 Muslim women flashes the peace sign at a protest in Los Angeles against religious hatred. Photo from Getty Images / CNN.

Most such communities begin with the deep discovery of the One that unites all life, whether that Unity is called “God ” or not. To celebrate that Unity, the community develops practices of compassion and justice, enriched by rituals, text, festivals, and other ways of keeping the knowledge of the One alive into future generations.

There are two different ways for religious communities to respond to this encounter.

There are two different ways of responding to this encounter.

One way is to say that the other community has it all wrong, because “we” know the right texts, festivals, and rituals to invoke the One. Not only are “they” wrong, they are lying when they claim to be in touch with the One. So they must be denigrated, attacked, even killed.

The other religious response is to say with delight that now we’ve learned how infinite is the One, how the Infinite One can only be expressed through many different forms. Through this response, the religious community finds itself drawn toward broadening its arena of compassion.

We must also take into account that even in communities where the expansive and compassionate response to Otherness has won the day, some specific circumstances can lead to rage and violence. For religious leaders and communities are not immune to rage and violence when their beliefs and symbols are desecrated and they are humiliated.

Thought experiment: Imagine Christian “satirists” in a country with an isolated, low-income Jewish minority putting on a play that includes pouring sewage and pig-offal on a Torah Scroll.

How would various Jews react? Might some demand laws to forbid such versions of “free speech”? Might some use violence?

In fact, many European countries — remembering how the Holocaust began with such acts of “free speech” (and drawing on a different approach to freedom of expression than the U.S. First Amendment) now forbid certain versions of free speech when used against one or another religion — such as Holocaust denial. Was Charlie Hebdo immune to these laws because it poured contempt on ALL religions, not just one?

And there are some reasons for the use of violence by some who claim to be acting on behalf of a religious community that might not be called “religious” in origin but emerge from the economic, political, or cultural marginalization of a religious community. Religious communities that are kept in poverty or denied a share in shaping the future of their country or even their own community are not immune to feeling rage and using violence.

These thoughts might point us in the direction of better ways of preventing and dealing with outbursts of religious violence.

Instead, these thoughts might point us in the direction of better ways of preventing and dealing with outbursts of religious violence. I pose six questions toward that possibility:

Question 1: Even where it is legal to pour contempt on one religion or on them all, is it wise? Is it compassionate? Should society applaud and encourage such vitriol, or oppose it?

Question 2: In every religious and ideological community, should its leaders be explicitly celebrating the Infinitude of the One, and thus Its manifestations in many different forms — rather than attacking difference as evidence of apostasy and heresy and falsity?

Question 3: Should leaders and teachers of varied religions meet once a year to face the bloody streaks of text and action in their own tradition, to publicly make restitution, and to ask forgiveness?

Question 4: Should those who are powerful in every society be acting to ensure that no community — religious, racial, sexual, lingual — be excluded from economic justice, cultural dignity, and political empowerment?

Question 5: Should the same rule be applied internationally and globally, so that no nation, however much a Great Power, can trample on another?

Question 6: Does all this point us in the direction of elevating the principle and practice of nonviolence into a more and more central precept of all religions and ideologies?

[Rabbi Arthur Waskow, Ph.D., founded (1983) and directs The Shalom Center. In 2014 he received the Lifetime Achievement Award as Human Rights Hero from T’ruah: The Rabbinic Call for Human Rights. His most recent book of 22 is Freedom Journeys: The Tale of Exodus & Wilderness Across Millennia, co-authored with Rabbi Phyllis Berman (Jewish Lights Publ., 2011). His most recent arrest of about 22 was in an interfaith climate action at the White House before Passover & Palm Sunday, 2013. See also Waskow, “Jewish Environmental Ethics: Adam and Adamah,” in Oxford Handbook of Jewish Ethics (Dorff and Crane, eds.; Oxford Univ. Press, 2013).]

2 Responses to Rabbi Arthur Waskow :
Is murder a ‘sacred practice’ in ALL religions?