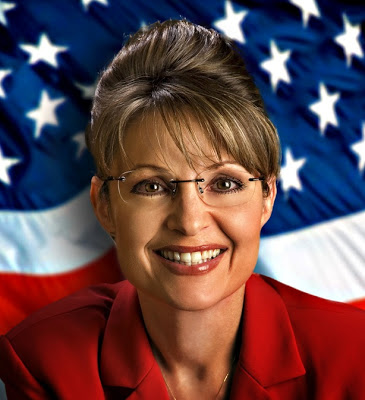 What our country needs now is a huge job-creation program made possible by great investment of federal money in meeting public needs.

On November 23 and 24, 2009, The Shalom Center sent out two alternative future histories of American politics and policy: one ending in the election of Sarah Palin as President in 2012, the other in the reelection of Barack Obama.

In the wake of the Massachusetts election, we are well on the way to Alternative 1 — the election of Sarah Palin and the triumph of a right-wing populism rooted in rage at lost jobs, boosted bankers, and all who shaped that result.

Sarah Palin’s victory, in our scenario, resulted from the Obama Administration continuing on the path it had taken from even before January 20, when it committed itself to two policies aimed at Domination, not Community:

At home, it named the leading bank robbers of the Great Recession to key posts defining an Obama economics committed to saving banks, not homes and jobs.

Abroad, it committed itself to send more Americans to die trying to dominate Afghanistan by smashing the Pashtun passion for local tribal self-government that had defeated every invader from Alexander the Great to the Soviet Empire.

Domination at home, domination abroad. Both unethical, both impractical. Bound to fail.

The second scenario, Obama’s reelection, resulted from his taking a sharp turn early in 2010 toward a progressive-populist policy focused on full employment at home and grass-roots economic and social development , especially working with grass-roots women’s groups, abroad.

The American people and the world deeply desire a turn away from top-down domineering policies — a turn toward grass-roots community-building. Even the world-wide success of the film Avatar is an example of that hunger.

Even in the outpouring of support for stricken Haiti, we witnessed the crystalline moment of Domination triumphing over Community when the U.S. military refused to let a fully-equipped, easily portable field hospital and experienced field physicians from Medecins sans Frontieres, Doctors Without Borders, land in Port-au-Prince.

The deep public hunger for Community will turn to a sour taste in the public mouth, is already turning sour, when those who give brilliant speeches about Community take brutal action that favors Domination.

To read the two scenarios,

Please read them — and please realize that reading is not enough, healing the world is not a spectator sport. You can act to change this country’s and this government’s direction.

Crucial at this point is public outcry for change. So we urge you to

What our country needs now is a huge job-creation program made possible by great investment of federal money in meeting public needs. If such a program faces a filibuster in the Senate, then tens of thousands of us need to insist that the Senate bust the filibuster.

But before we can do that, we must reawaken on our terms, not the President’s, the demand for grass-roots community.

To send a letter to the editor of a paper near you, click here.

You will find a text that you can modify with your own words, and use to send a Letter to the Editor and many other public forums as well.

[Rabbi Arthur Waskow, director, The Shalom Center; co-author, The Tent of Abraham; author of Godwrestling — Round 2, Down-to-Earth Judaism, and a dozen other books on Jewish thought and practice, as well as books on U.S. public policy. The Shalom Center voices a new prophetic agenda in Jewish, multireligious, and American life.]