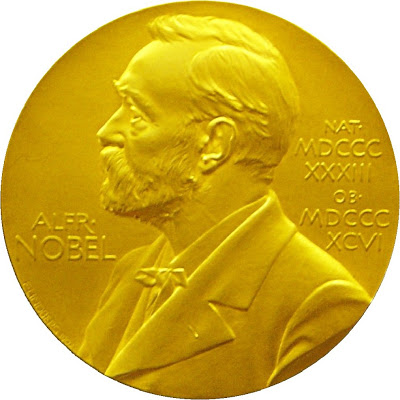 The Nobel Prize, Obama, and Afghanistan
(And especially its women)

The first person I told this morning that Obama had won the Nobel Prize for Peace said, “For what?”

So — if I may give a new spin to a saying of the last remarkable presidential candidate before him, Bobby Kennedy:

Some people, shown a piece of work not yet completed, say, ‘How come?’

But I, facing that same piece of work not yet completed, say, ‘The time is now!’

And that is what I would urge us all to say to the President today, and next week:

”Congratulations! And the time is NOW to fulfill this honor — end the Afghan War!”

To help stop the war, we invite you to act now by clicking here to send a letter to your Senator (or Vice-President Biden if as a DC resident you have none)

The war could and should have begun by tackling Al Qaeda as criminals, not as if they were a country that was at war with the U.S. The minimum amount of force necessary to apprehend them, including deadly force if necessary. That’s it. Capturing cop-killers without burning down the neighborhood.

Yes, the Taliban are disgusting. Oppressive. But there are a myriad ways of encouraging reform in other countries. The one that does NOT work is trying to install democracy at the point of a bayonet. Or, even worse, Predator Drones which massacre wedding parties from the sky and turn the survivors into furious enemies.

In a minute I will suggest a couple of ways of thinking outside the Afghan box. Maybe those or other ideas they stimulate should be the way to go. Continuing this war is not. We can already see that we have walked into another quagmire — an endless war in a country that for centuries has hated all occupations with a burning fury.

And that war would undermine all plans for social reform at home — exactly what happened to Lyndon Johnson when Vietnam swept away the Great Society.

The moment has come to correct the mistake. President Obama has been told that the warpath “forward” means 500,000 US troops for five years. Many dead, maimed of body, mind, and soul. Forget about health care. Forget education. Forget healing our wounded, choking planet. And he is — it seems — thinking twice.

But the mindless pressures of military habit are still pressing. The American people — surveys show a majority oppose this war — must act to end it. The other path — friendship with Islam; economic aid at the grass-roots, micro-loan level; empowering women; drawing on the healing of wind and solar energy instead of addiction to oil — will do far more to protect America.

As Code Pink, the U.S. women’s peace organization, has reported after recent meetings with Afghan women, and as my dear friend Barbara Bick, whose memory is a blessing, and who spent years in Afghanistan working with Afghan women, also reported before her death this year, Afghan women want to be empowered — but they do not believe American bombs will do it.

Two ideas way outside the box:

Whether you like these ideas or not, the US war in Afghanistan should end — for their sake and for ours.

Again — we invite you to act now by clicking here to send a letter to your Senator (or Vice-President Biden).