Rabbi Arthur Waskow on ‘Avatar’ : Celebrating the Tree of Life 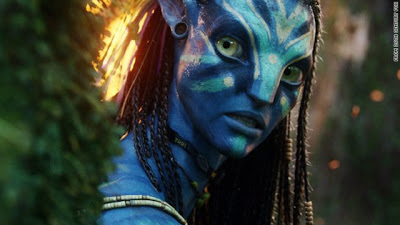 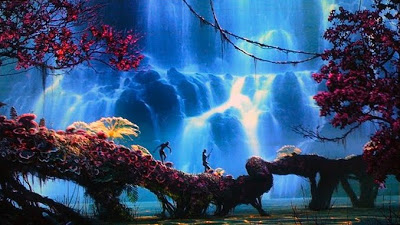 Avatar and Tu B’Shvat:
Celebrating the Great Tree of Life

Avatar is extraordinary. Not only for the superficial but powerful technology… but most of all for its spiritually-rooted progressive politics.

The film Avatar is an obvious metaphor for the European-USA destruction of Native America and Africa; for the corporate destruction of the Amazon forest and its tribal human eco-partners; for the U.S. destruction of much of Iraq and parts of Afghanistan.

For the indigenous peoples of the film’s quasi-planetary moon Pandora, the most sacred places are ancient living trees that embody the life force of the planet. So for me, the film spoke powerfully in the tongue of Tu B’Shvat, the festival of the Trees’ ReBirthDay.

Avatar is extraordinary. Not only for the superficial but powerful technology of the filming/viewing, 3D and FX, but most of all for its spiritually-rooted progressive politics.

See it in the spirit of its watchword: “I see you.” For Pandora’s people, these words express what in Hebrew is “yodea,” interactive “knowing” that is emotional, intellectual, physical/sexual, and spiritual all at one — what “grok” is in the English borrowing from High Martian, channeled by Robert Heinlein in Stranger in a Strange Land.

In the film, the indigenous people of Pandora – the Na’vi – (in Hebrew, this would mean “prophet”) stand in the way of an Earthian techno-conquistador corporation that is hungry to gobble up a rare mineral crucial to an Earth that the human race, or at least its corporations and governments, have desolated.

The Na’vi worship/celebrate a biological unity of their planet and all its life-forms — Eywa — especially focused on great trees that are the most sacred centers of their lives. These great trees embody Eywa, the Great Mother – but S/He is more than even these trees, S/He is all life. Spirit incarnate. (Notice that “Eywa” can be heard as “Yahweh” (sometimes misdescribed as the Hebrew Name of God) turned inside-out).

Just as Avatar began appearing in theaters, we began approaching the ecological-mystical festival of Tu B’Shvat. It intertwines celebration of the midwinter rebirth of trees and the rebirth of the Great Tree of Life Itself, God, Whose roots are in heaven and whose fruit is our world.

Tu B’Shvat comes on the 15th day (the full moon) of the midwinter Jewish lunar month of Sh’vat. This year, that falls from Friday evening, January 29, till Saturday evening, January 30. Its observance was shaped by Jewish mystics –- Kabbalists — 500 years ago, but the breadth and depth of its sense of God can embrace all religious and spiritual communities — not Jews alone.

Out of winter, out of seeming death, out of seeds that sank into the earth three months before, the juice of life begins to rise again. Begins invisibly, to sprout in spring.

This is a social and political reality, as well as a biological one. Beneath the official deadly failures of the Copenhagen conference that was supposed to reinvigorate the world’s effort to face the climate crisis, the seeds of rebirth were growing. They were growing in the grassroots activists who will not let our earth die so easily at the hands of Oil and Coal and governmental arrogance as the Crusher tanks and rocket-planes and the robotic Marine generals and corporate exploiters of AVATAR would like to kill Pandora and its God/dess Eywa.

I urge that Jews, Christians, Muslims, Hindus, Buddhists, Wiccans, those who celebrate Manitou/ GreatSpirit in the varied forms of Native practice, join for Tu B’Shvat to celebrate the Sacred Forests of our planet.

I urge that we reach across our boundaries and barricades to celebrate the trees that breathe us into life. The forests that absorb the carbon dioxide that humans are over-producing, the forests that breathe out life-giving oxygen for ourselves and all the other animals to breathe in.

For us, Eywa is YyyyyHhhhWwwwHhhh, “pronounceable” only by breathing, the Interbreathing of all life, Great Mother/Father/Creator of our planet Whose breath, Whose very Name, what we call “climate” or “atmosphere,” is being choked and scorched by corporate rapacity and governmental arrogance.

I urge that we begin by going, anytime from now till January 29, in interfaith, multireligious groups to see AVATAR and then — discuss its meaning in our lives. It is the discussion afterward that will make “seeing” the film into the profound “seeing” God, life, and each other that the film itself calls for. And then I suggest we gather on the evening of January 29 to celebrate the sacred meal of Tu B’Shvat together.

Talking together may help us “see” each other; eating together may help even more. On January 29, what’s to eat? A sacred meal, a Seder with four courses of nuts and fruit and four cups of wine. Foods that require the death of no living being, not even a carrot or a radish that dies when its roots are plucked from the earth. For the Trees of Life give forth their nuts and fruit in such profusion that to eat them kills no being. The sacred meal of the Tree Reborn is itself a meal of life.

And the four cups of wine are: all-white; white with a drop of red; red with a drop of white; and all-red: the union of white semen and red blood that the ancients thought was the start of procreation. And the progression from pale winter to the colorful fruitfulness of fall also betokens the growing-forth of life. The theme of Fours embodies the Four Worlds of Kabbalah: Action, Emotion, Intellect, Spirit.

There is much more to learn about this moment that so richly intertwines the mystical, the ecological, and the political. I helped bring together the Tu B’Shvat Anthology called Trees, Earth, & Torah (available in paperback from the Jewish Publication Society at 1.800.234.3151) that traces the festival through all its own flowering across 4,000 years of history.

On the evening of Thursday, January 21, I will lead a teleconference seminar on the meanings of the Trees’ RebirthDay in the context of Avatar and the senate’s crippled debate on a climate bill. All are welcome. To take part, please click here.

I look forward to speaking with you, “seeing” you.

You can also click to this essay on the Shalom Center’s home page and comment there. Share your thoughts about AVATAR, sacred trees, Tu B’Shvat, violence/ nonviolence, and corporate/ military behavior!

Since 1969, Rabbi Arthur O. Waskow has been one of the creators and leaders of Jewish renewal and of several important interfaith projects addressing issues of peace, justice, and healing of the earth. He founded The Shalom Center

His Freedom Seder (1969) seeded a generation of Passover seders that addressed the issues of our time. His book Seasons of Our Joy has become a classic guide to the history, practice, and spiritual meaning of the festival cycle.

Rabbi Waskow pioneered in developing Eco-Judaism, in seeking peace between Israel and the Palestinians, and in applying Jewish wisdom to issues of the nuclear arms race and world peace. In 1995 he was named by the United Nations one of 40 Wisdom-Keepers from around the world. In 2007 Newsweek named him one of the 50 most influential American rabbis. He has also been honored by several Muslim and several interfaith organizations.

Rabbi Arthur Waskow is a regular contributor to The Rag Blog.

4 Responses to Rabbi Arthur Waskow on ‘Avatar’ : Celebrating the Tree of Life