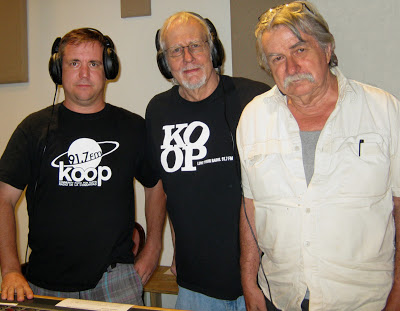 The Rag Blog and the New Journalism Project brought writer and political activist Carl Davidson to Austin to give a multi-media presentation on “The Mondragon Corporation and the Workers’ Cooperative Movement” at the 5604 Manor community center last Thursday, Sept. 8, and Carl also discussed the subject with Thorne Dreyer on Rag Radio the next day.

Carl talked about the history of Mondragon, its unique organizational structure — involving factories, schools, and credit unions — and its role as a model and an inspiration for the cooperative movement worldwide. The Mondragon Corporation is a 50-year-old network of factories and agencies, involving close to 100,000 workers (who are also, collectively, the owners) — centered in Spain’s Basque country, but now spanning the globe.

Carl also discussed the thriving cooperative movement in the United States, as well as his concept of 21st century socialism and how it differs from the socialism of the last two centuries. Socialism for a new century, he said, must incorporate ecological thinking and sustainable development; must acknowledge that markets will be a part of any socialist society; and must affirm human rights as a natural “attribute of our humanity.”

Carl Davidson, a regular contributor to The Rag Blog, is a co-chair of the Committees of Correspondence for Democracy and Socialism, a national board member of Solidarity Economy Network, and a local Beaver County, PA member of Steelworkers Associates. In the 1960s, he was a national leader of SDS and a writer and editor for the Guardian newsweekly. He is also author of several books, including, with Jerry Harris, CyberRadicalism: A New Left for a Global Age, and New Paths to Socialism, essays on worker coops, Marxism, and the green economy.

Rag Radio — hosted and produced by Rag Blog editor Thorne Dreyer — is broadcast every Friday from 2-3 p.m. (CDT) on KOOP 91.7-FM in Austin, and streamed live on the web. The show, which has been aired since September 2009, features hour-long in-depth interviews and discussion about issues of progressive politics, culture, and history. After broadcast, all episodes are posted as podcasts and can be downloaded at the Internet Archive. Rag Radio is also rebroadcast on Sundays at 10 a.m. (Eastern) on WFTE, 90.3-FM in Mt. Cobb, PA, and 105.7-FM in Scranton, PA. 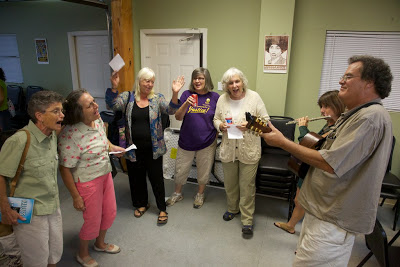